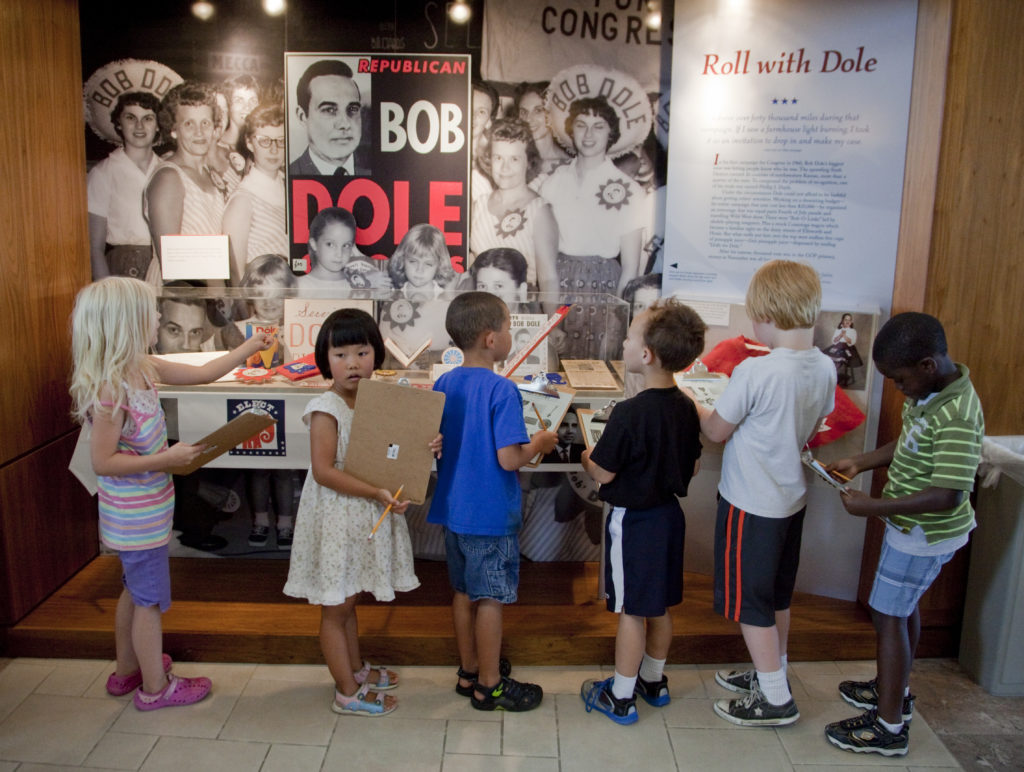 Children from the Boys and Girls Club work on a scavenger hunt at the Dole Institute of Politics at Kansas University on Monday. The institute was celebrating Bob Dole's 90th birthday with cake and kid-friendly activities. 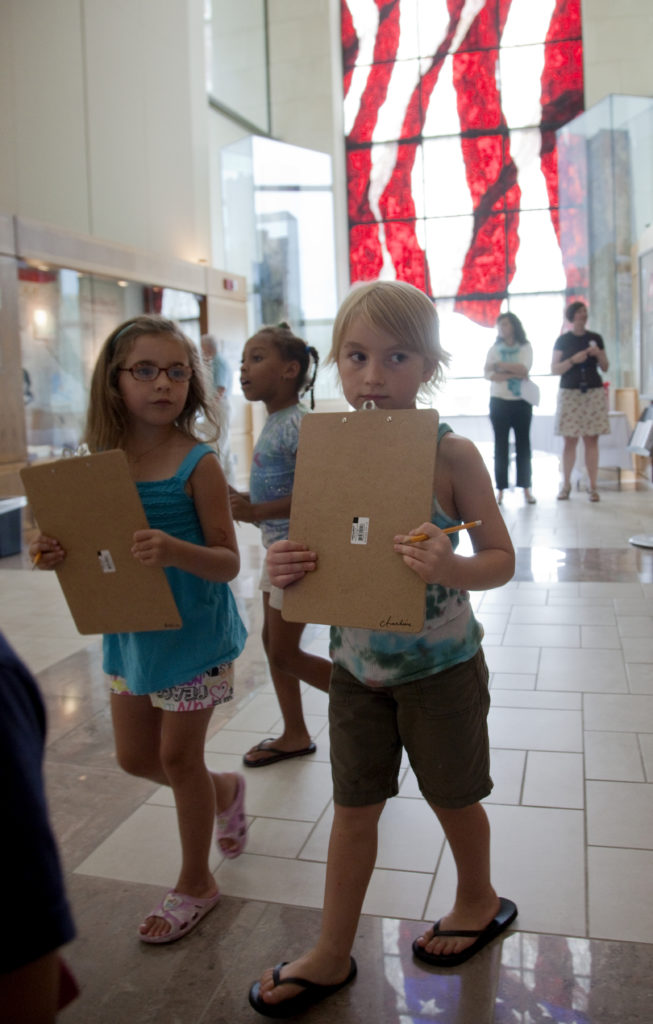 A group of children from the Boys and Girls Club start off on a scavenger hunt at the Dole Institute of Politics at Kansas University during a celebration for Bob Dole's 90th birthday Monday. Cake was served and kid-friendly activities were hosted by the institute.

Audrey Coleman, senior archivist at the Dole Institute of Politics at Kansas University, sometimes meets high school and college students who haven’t heard of Bob Dole. So why not start educating them about the former U.S. senator from Kansas earlier?

That was the idea behind the institute’s celebration of Dole’s 90th birthday Monday, which, judging by the crowd, closer resembled a party for a 9-year-old. Youngsters from the Boys & Girls Club of Lawrence played mini-golf, participated in a scavenger hunt and decorated birthday cards for Dole, all to learn more about the long-serving Republican leader.

“For the senator’s 90th birthday, we wanted to teach a younger generation about the senator and his many contributions to the country and the world,” Coleman explained.

“We’re going to take these to the senator and he’s going to read your messages,” organizer Linda Clay told the assembled children, pointing to a sign at the table. “This is how you spell, ‘Happy Birthday, Senator Dole.’ Make sure you write your name on there so Senator Dole can read it.”

Outside, a few kids from the group sat down to have cupcakes. So, what did they learn?

Had they ever heard of Dole before? 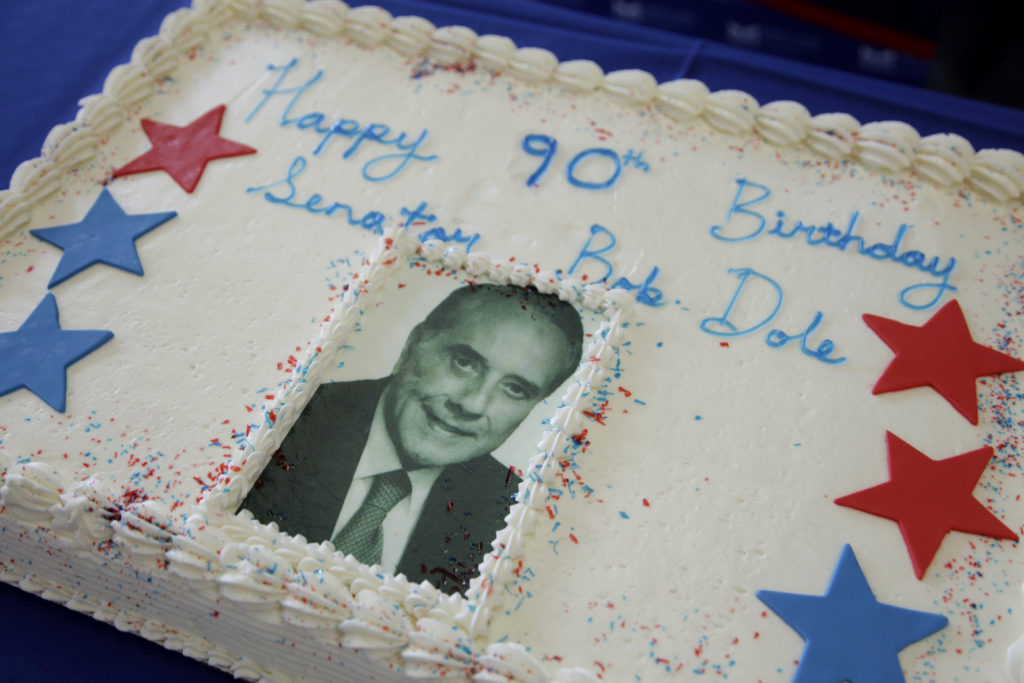 The Dole Institute of Politics at Kansas University celebrated Bob Dole's 90th birthday on Monday with cake and kid-friendly activities.

“My mom and my grandma told me that he was in the newspaper,” Cayden said, before correctly guessing a political question — Who is the current president? — asked by his teacher.

The discussion quickly turned to Big Jay, the Kansas Jayhawk mascot they had met earlier in the day: Was that a costume? Is he real? They were, after all, kindergarteners.