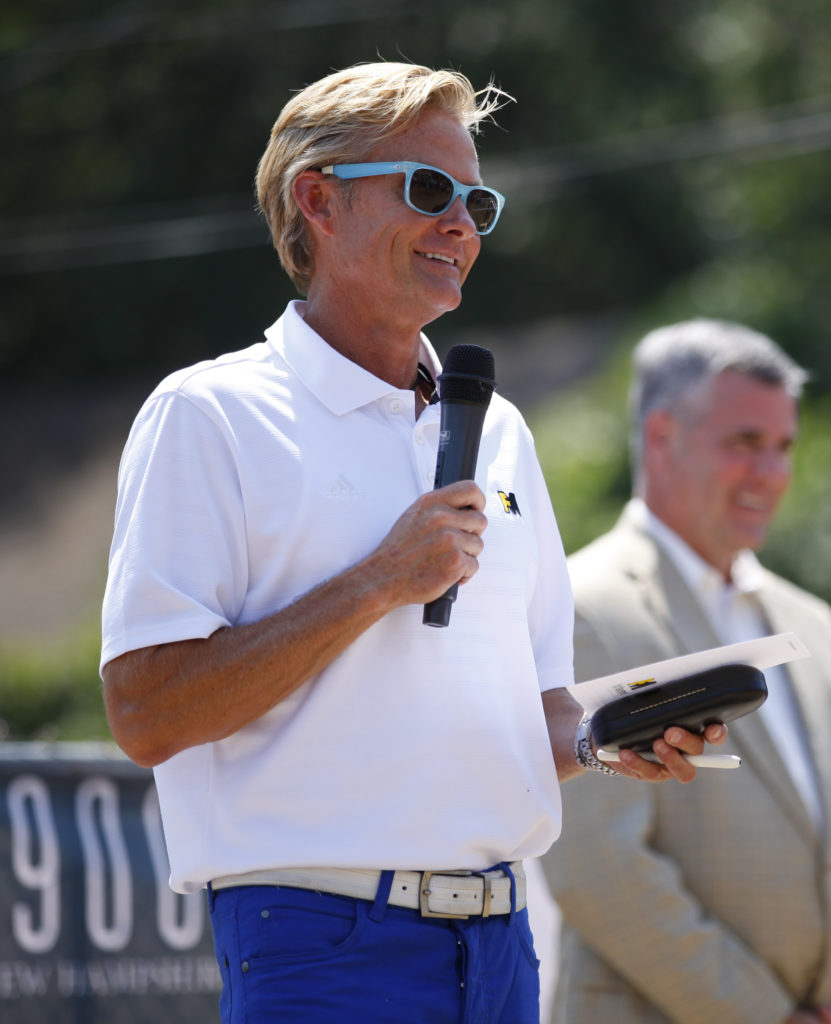 Lawrence developer Doug Compton thanks his business partners involved in the plans for the hotel before the groundbreaking. Nick Krug/Journal-World Photo

It was a day for predictions on downtown Lawrence’s future.

“It is going to get a lot busier in downtown Lawrence,” developer Doug Compton told a crowd of more than a hundred people at a groundbreaking ceremony for a new Marriott hotel at Ninth and New Hampshire streets.

Another sure bet is that it is going to get taller too.

The Marriott building will stand five stories tall — nearly 65 feet at its tallest point — and will be another step in remaking the Ninth and New Hampshire intersection into the urban core of the city. The intersection already is home to a seven-story apartment building constructed by a Compton-led group, and the developer hopes to begin construction by the end of the year on another seven-story apartment and office building at the northeast corner of the intersection.

Compton told the crowd the three projects will represent more than $60 million worth of investments at the intersection and are part of a vision he had for downtown more than six years ago.

“I would hope that it brings more people into downtown to shop, to spend the night and to enjoy one of our most beloved resources, which is downtown,” Compton said.

Construction is expected to start immediately and last for the next 14 months.

Lawrence architect Mike Treanor, who is part of the development group, said a major focus of the project is to make downtown busier during all hours of the day. 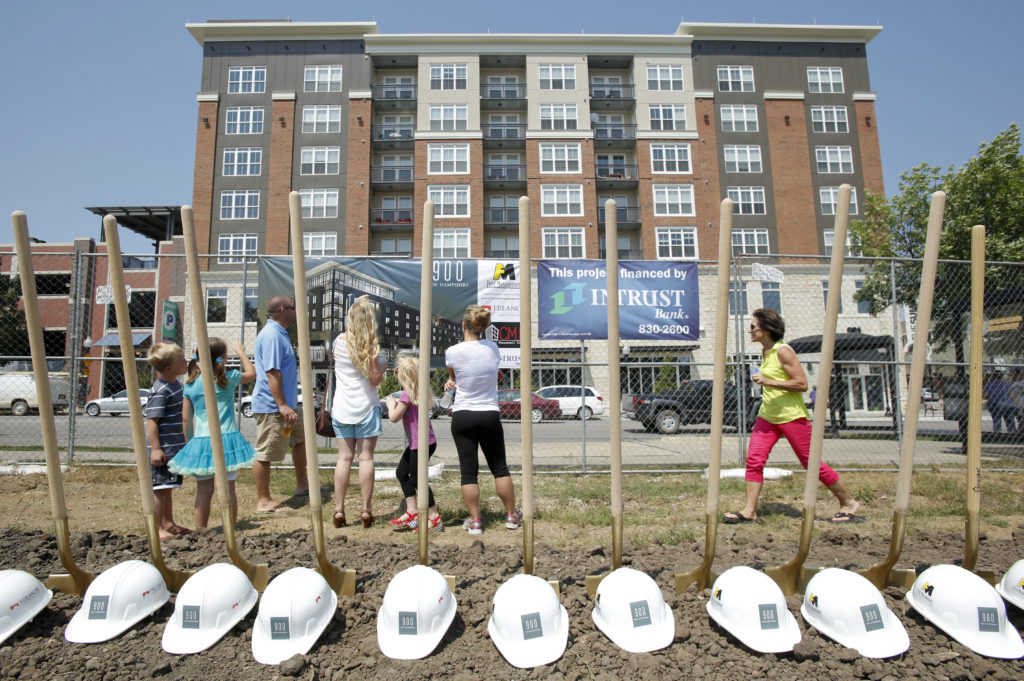 Visitors to the groundbreaking ceremony for the 900 New Hampshire building study a rendering of the structure behind a row of shovels and helmets on July 12, 2013. Many Lawrence residents and business owners attended the groundbreaking for the building, which will become a Marriott hotel and is being built by Lawrence developer Doug Compton, who's company, First Management, also built the loft apartments pictured on the west side of New Hampshire Street. Nick Krug/Journal-World Photo

“It will make for more of a 24-hour downtown, and that really will make downtown even stronger,” Treanor said.

A 91-room Marriott TownePlace extended stay hotel will be the largest tenant for the new building. It will have a ground-floor lobby, an indoor pool and guest rooms in the second through fourth floors of the building.

Overland Park-based Capital Management Inc. will operate the hotel. The company is the same one that operates the Marriott SpringHill Suites along the Kansas River in downtown.

“We really love downtown and we’ve been looking for another opportunity to invest in it,” said Chuck Mackey, president of the management group.

But this hotel will be significantly different from the other Marriott in town. Each room will have a full kitchen and other amenities designed for people who may be staying weeks at a time at the hotel.

“We think this type of facility will bring an edge to the university and other businesses who may need to host some long-term guests,” said Rachel Preisner, who will be leading the Lawrence operations for Capital Management.

The building also will include about 7,000 square feet of ground-floor retail space, which hasn’t yet found a tenant, three luxury apartments on the top floor and a 102-space underground parking garage.

The project received both tax increment financing and transportation development district assistance from the city, which will be used to help pay for the parking garage and other infrastructure.

“If we don’t have those tools in place, this project doesn’t happen,” Treanor told the crowd. “It just cost too much to do development on a site like this otherwise.”

The development group started planning for the hotel three years ago. The project became contentious with the adjacent East Lawrence Neighborhood Association, which expressed concern about the height of the building. The project went through several design changes, and one story of the building was eliminated as part of a compromise for the project to win City Hall’s approval.

Neighborhood opposition lessened after that design change but didn’t disappear. A large sign at the adjacent Lawrence Percolator art gallery read “Good-bye Green Space,” referring to the vacant lot that dominates the southeast corner of the intersection.

On Friday, leaders of the development team had put any negative feelings about the drawn-out approval process behind them.

“All good things take time,” Treanor said. “This has taken some time, so it is going to be really good.”