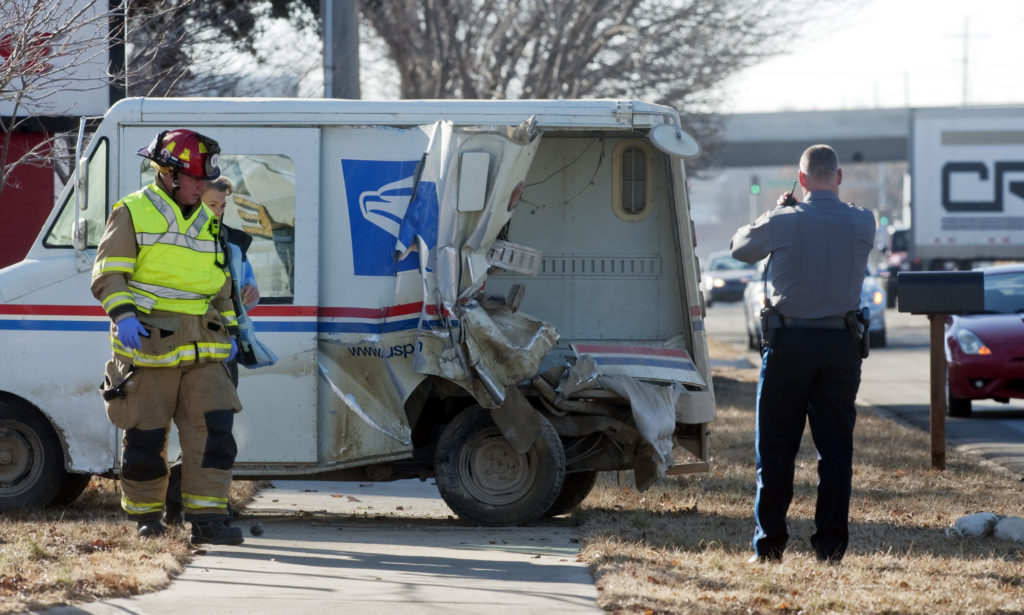 About 10 a.m. Thursday, a U.S. Postal Service truck was involved in a two-vehicle accident in North Lawrence, near the Slowride Roadhouse on North Third Street. The mail truck was heavily damaged, and the driver was transported by ambulance to Lawrence Memorial Hospital. A van ran into the back of the truck, which then sent the truck up on a curb.

A van rear-ended a U.S. Postal Service truck on North Third Street about 10 a.m. Thursday, sending one person to the hospital.

According to police, the mail truck was stopped in the right lane delivering mail when the van struck the left rear side of the mail truck.

The van overturned, and the postal truck — which received significant damage — was forced up onto a curb near Slowride Roadhouse. The female driver of the postal truck, identified as Tracena Palma, 47, Tonganoxie, was taken to Lawrence Memorial Hospital, treated and released.

The driver of the van, Allan Stuber, 67, Lawrence, was treated and released at the scene. Police issued a citation to Stuber for inattentive driving.