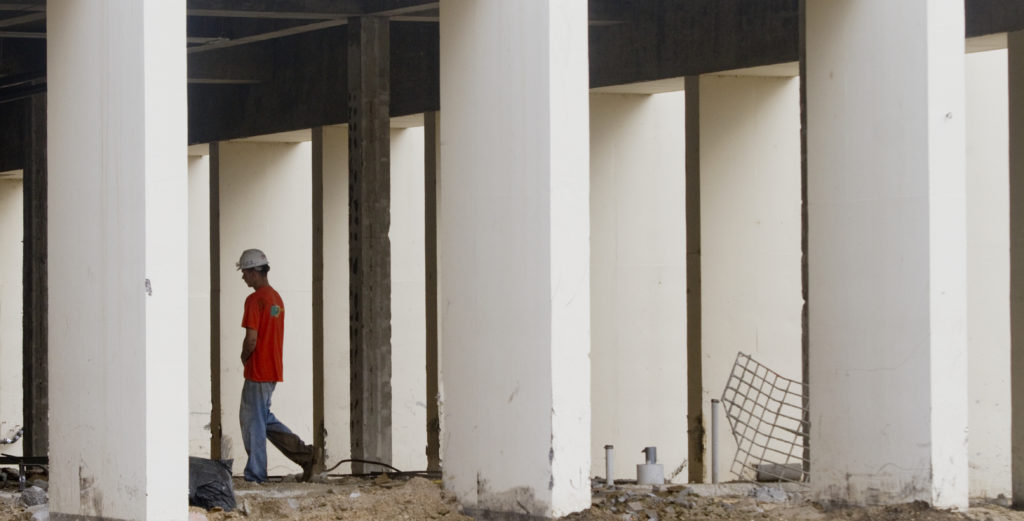 Where windows, walls and books used to be, a worker moves through the empty interior of the Lawrence Public Library during the continuing construction and renovation on the building earlier this year.

Libraries were once known for being closed-off, stuffy, “shush!” kinds of places. But now, it’s all about providing spaces, putting on programs, inviting people over and talking.

“As the library evolves, that’s what people are wanting increasingly — more engagement, more community conversations and programs,” said Kathleen Morgan, the executive director of the Lawrence Public Library Foundation who will soon take on a more active role in the library’s marketing and programming.

As patrons’ needs change, Lawrence’s library is strengthening its emphasis on programming and outreach.

The clearest example of this lies within the blueprints of the library’s renovations, under construction and aiming to open in summer 2014.

An additional 20,000 square feet will mean seven more meeting rooms, new programming spaces specifically for children and teens, a creative center with a recording studio included and a doubling of the seats in the auditorium, according to Jeni Daley, library spokeswoman.

More than that, though, the library has found a way to expand programming. Morgan said the library has not spent much more of its own money on its various literary events, but thanks to outside support and grants, it’s still been able to pour more dollars into them.

She said donations from the Kansas Health Foundation and the Friends of the Lawrence Public Library have had a significant boost on its Summer Reading Program and Read Across Lawrence events.

Also in the mix are the two largest grants the library has ever received, both of which have come in the past four months — $250,000 for an authors lecture series from the Ross and Marianna Beach Foundation and a $275,000 conditional grant from the National Endowment for the Humanities that will go to programs and technology purchases.

Lately, programming at the library has been boxed in by the less-spacious temporary location on New Hampshire Street. There’s a way to completely get around it — programming is down 36 percent in 2013 compared to 2012, according to a November budget report. But administrators have gotten creative.

Through 2013, the library partnered with outside businesses and held their events in locations such as the Castle Tea Room, Pachamama’s, the Cider Gallery and others. The satellite programs have also allowed for the inclusion of alcohol at adult events, something that can’t be done within library walls.

Polli Kenn, events and programs coordinator, said the library has fared so well at these functions that it could continue them even when the renovated library reopens.

But no matter where the event is, guests can be sure it won’t strictly be a be-quiet-or-be-shushed kind of place.

“We want it to be a place where, sure, you can come and study and find some quiet in certain parts of the library, but it’s also OK to talk and hear music in the library and hear a story or come see an entertainer,” Morgan said.