Nelson Mandela’s impact was felt by many in KU community

Nelson Mandela may never have visited Kansas, but his life had a profound impact on many people here, and his death has rekindled strong memories and passionate emotions.

“I have not heard, in my entire life, anyone say a negative comment about Mandela,” said Barbara Ballard, associate director for outreach at the Dole Institute of Politics at Kansas University. “I wonder who today would give 27 years of imprisonment, to sleep on a cold concrete floor because of their beliefs of injustice.” 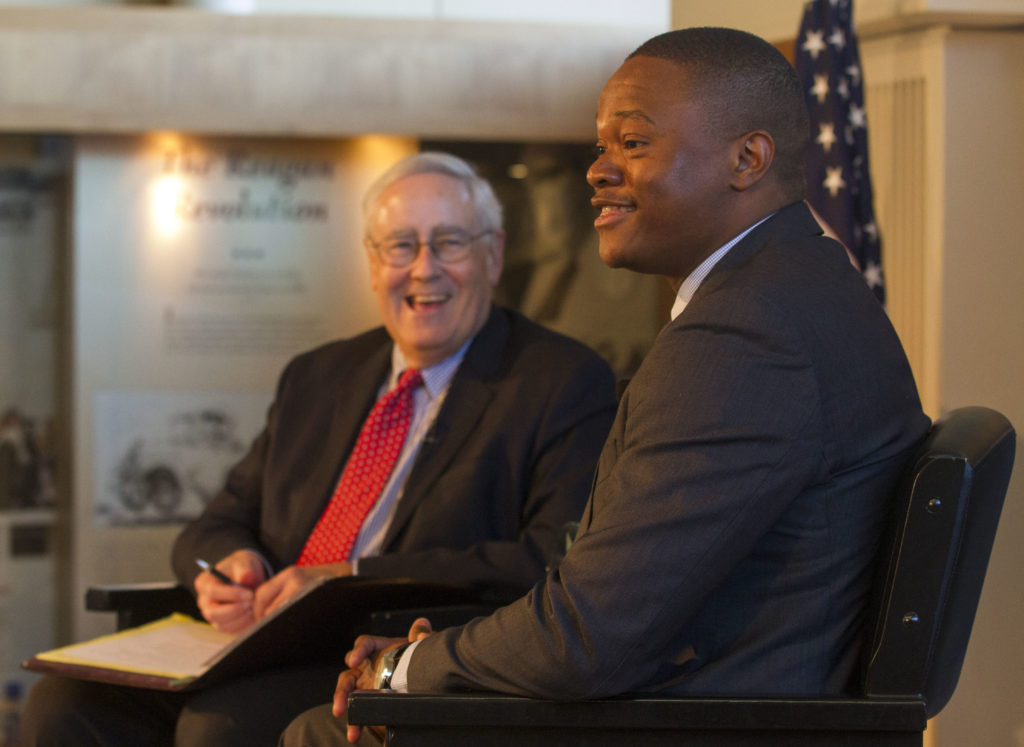 Mandela died Thursday after a long illness. He was 95.

Gov. Sam Brownback issued a statement Thursday praising Mandela as “a great man who stood up for his principles and human rights.”

“He was an inspiration to many, including myself,” Brownback said. “My thoughts and prayers go to his family.”

In October, the Dole Institute awarded Mandela the 2013 Dole Leadership Prize, recognizing his decades-long struggle to end racial segregation in his native South Africa, and his later efforts as president to unify the country.

His great-grandson, Luvuyo Mandela, accepted the prize on his behalf.

A militant leader of the once-outlawed African National Congress, Mandela was convicted of sabotage and conspiracy to overthrow the government in 1962 and was sentenced to life in prison. He served 27 years, much of it at the infamous Robben Island prison, until his release in 1989 when South Africa began dismantling its policy of racial segregation known as apartheid.

While he was in prison, though, Mandela grew in stature and became a symbol for democracy and civil rights movements around the world. He also inspired anti-apartheid sympathy movements on college campuses in the United States in the 1970s and 1980s as students demonstrated to urge their universities and endowment associations to divest from investments in South African companies.

“I cannot think of anyone who had greater moral authority than Nelson Mandela and was able to translate his moral authority into reality,” said Ron Kuby, a KU alumnus who organized anti-apartheid protests at KU in the late 1970s.

Kuby, who is now a criminal defense lawyer in New York, has remained active in civil rights causes since his days at KU, and for a while appeared frequently as a commentator on cable news networks.

Kuby remained passionately opposed to apartheid and the Endowment Association’s investment policies long after leaving KU, and for many years even refused to join the KU Alumni Association.

“I always refused until Nelson Mandela was free, and South Africa set up the Truth and Reconciliation Commissions,” Kuby said. “I figured if Nelson Mandela can reconcile with the apartheid regime, I can join the KU Alumni Association. And I did — and sent them a check with a note to that effect.”

Malcolm Gibson, a retired KU journalism professor, remembers meeting Mandela in 1993 while touring southern Africa with a group from the American Society of Newspaper Editors. It was during that tour when Gibson met South African journalist Allister Sparks. 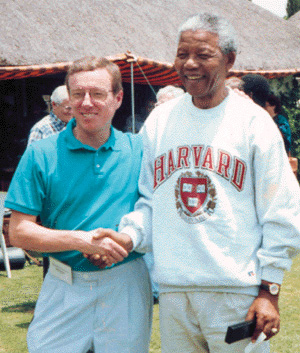 At Sparks’ home, Gibson recalled, there was a knock at the door, and when the door opened, a man said, “Hello, I’m Nelson Mandela.”

For three hours, Gibson said, he got to eat barbecue, drink beer and talk casually with Mandela. “He barely spoke above a whisper, which commanded attention,” Gibson said.

Gibson, who also served as faculty adviser for the University Daily Kansan, said that meeting ranked as “one of the magic moments” of his life and compared it to his wedding and birth of his children.

“Those who followed South Africa always thought that it would explode, and it didn’t because of Nelson Mandela,” Gibson said.

Whitney Kleinmann, who graduated from KU in May, is too young to remember that era. But she does remember her family meeting Mandela during a chance encounter in 1994, less than a year after he was elected the nation’s first post-apartheid president.

Late that year, her family went on a cruise to the Bahamas to celebrate her grandparents’ 50th wedding anniversary. Kleinmann, who was 4 at the time, remembers the cruise stopping in Nassau, where people toured the zoo, and seeing a man dressed in a suit surrounded by bodyguards. 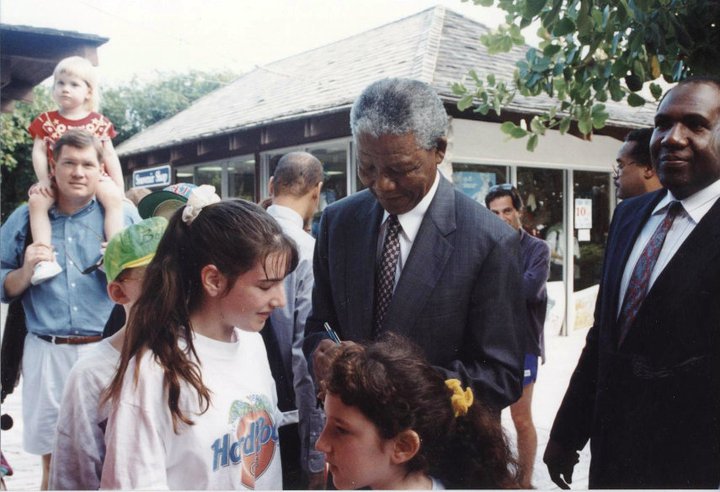 Whitney Kleinmann, seated on her father's shoulders at left, remembers her family meeting Nelson Mandela by chance during a cruise to the Bahamas in 1994, when she was 4. Kleinmann, who now lives in the Kansas City area, graduated from Kansas University in May.

“We have all these pictures of kids swarming him,” Kleinmann said. “Even with all of his bodyguards, he was nice to everyone, shook everyone’s hands, all that kind of stuff.”