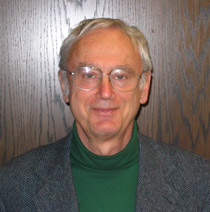 Frank Baron, a retired professor of German at KU and former director of the Max Kade Center. Photo courtesy of Kansas University. 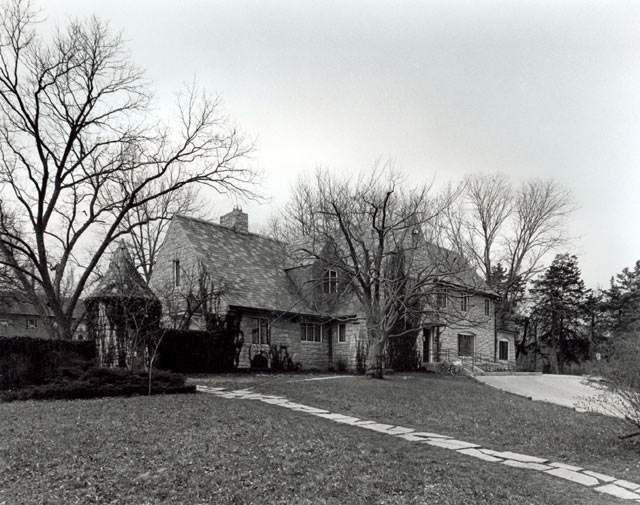 Built in 1927 by one-time dean of the Kansas University Medical Center Mervin Sudler, the Sudler House is now home to the Max Kade Center of German-American Studies. Photo courtesy of Kansas University.

If you follow the maze of books, art and historical papers in Kansas University’s Sudler House far enough, it will, if you know where to look, lead you finally to a secret room in the basement. A bookcase that holds browned, aged German texts, very similar to so many others in the building, opens up into a room now used as storage space. But in the days of prohibition, it served as a place for the house’s occupants to stash booze.

Like just about everything else in the Sudler House, the secret room is an artifact of history. The early 20th century stone house on 1134 W. 11th St is home to the Max Kade Center for German-American Studies, one of several Max Kade centers around the country devoted to archiving the history of German immigrants in the U.S.

This year the center acquired yet more history when it renovated the adjacent stone building long known as “The Shack,” a 150-year-old stable that once belonged to a storied Lawrence figure from the town’s tumultuous “Bleeding Kansas” days.

Starting in 1996, Frank Baron served as director of the center for more than 15 years, before turning the job over to Jim Morrison, a lecturer at KU. Baron was also a KU German department faculty member for 43 years. Although he’s retired, Baron still works out of the Sudler house — and who wouldn’t want to? It is a cozy, quiet, book-filled, history-laden enclave on campus with a secret room.

Baron knows well the many collections of German-language books housed at Sudler. Many of them come from Turner societies throughout the country. These were groups made up largely of German immigrants that migrated to the U.S. in the wake of the German revolution of 1848, a failed attempt to unite and democratize Germany. “Turner” in German means gymnastics, and the organizations combined exercise, singing, politics and other social activities, all of it under the goal of having “a sound mind in a sound body,” an ancient Greek phrase the Turners adopted as their motto.

A home for history

Turner societies from Lawrence, Milwaukee, New York and elsewhere keep archives with the KU Max Kade chapter, Baron said. The center and the house have their own history, too, of course. Max Kade was a German immigrant who came to North America from Germany in the early 20th century, settling in New York.

Kade made a fortune off a cough the rights to a cough medicine called “Pertussin,” which Baron said today is thought to have been so popular because it contained distilled alcohol in the days of Prohibition. With his wealth, Kade established the Max Kade Foundation in 1944 to help German immigrants in need, preserve artifacts of German cultural heritage and create academic opportunities for students and professors. KU’s Max Kade Center opened in 1968.

From stable to shack to museum

With funding from the New York Turner society, the KU Max Kade Center was able to expand its collections by acquiring an annex to Sudler. To make room for the New York Turner’s archives, in April the center renovated a building known as “The Shack,” which is dated back to the 1860s and was more recently the home of KJHK, the KU student-run radio station, until 2010.

Baron himself, with help from a colleague at the KU law school, helped trace the structure’s history back to an original document noting the creation of a stable in 1862. The document also links the building to James Henry Lane, leader of a Lawrence-based band of anti-slavery fighters that carried out raids in Missouri. Baron thinks Lane kept horses there for his private commercial use. He also thinks Lane was among the first to use to compare anti-slavery forces in Kansas to the “Jayhawk” of Irish mythology.

That’s why you’ll find Kansas Jayhawk lore alongside translations of “Uncle Tom’s Cabin,” or “Unkel Toms Hutte” in German, and papers from the New York Turners Society. They are two chapters of history, in two different books, but kept now in the same library.