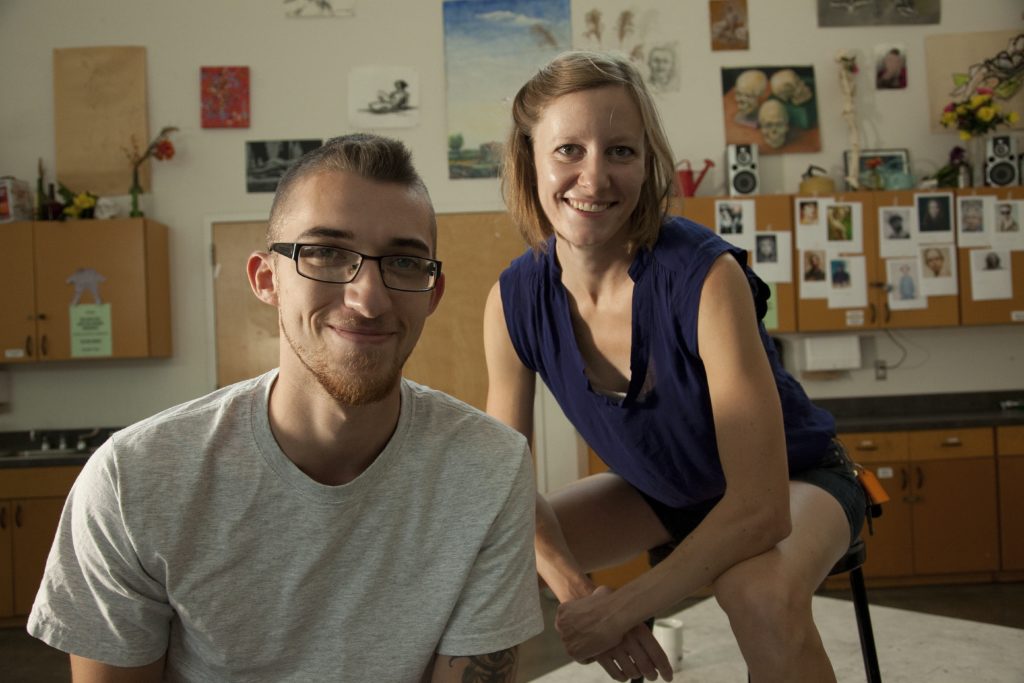 The Lawrence Arts Center's new artists in residence are printmaker John McCaughey and ceramist Kyla Strid. They'll be working and teaching in Lawrence for the coming year..

The Lawrence Arts Center’s 2013-2014 ceramics and printmaking artists in residence will teach a number of adult classes at the Arts Center. Fall courses begin the second week of September.

Kyla Strid will teach 1st Time Potter and Returning Potter (both on Mondays), as well as private ceramics sessions.

For class details and rates, pick up a course catalog at the Arts Center, 940 New Hampshire St., or go online to lawrenceartscenter.org. 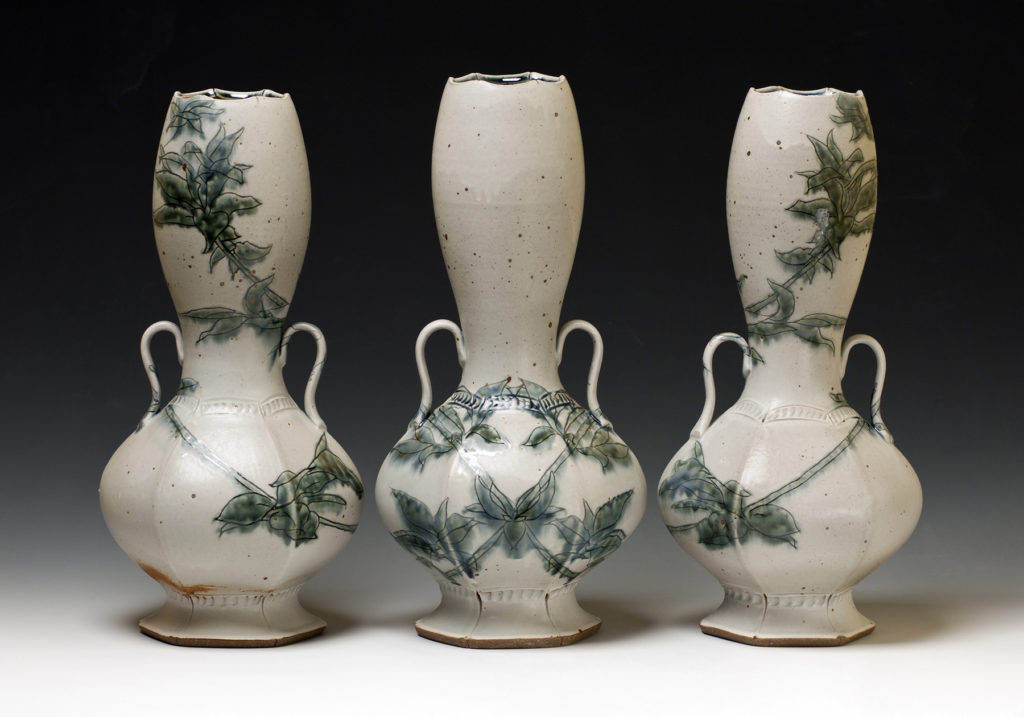 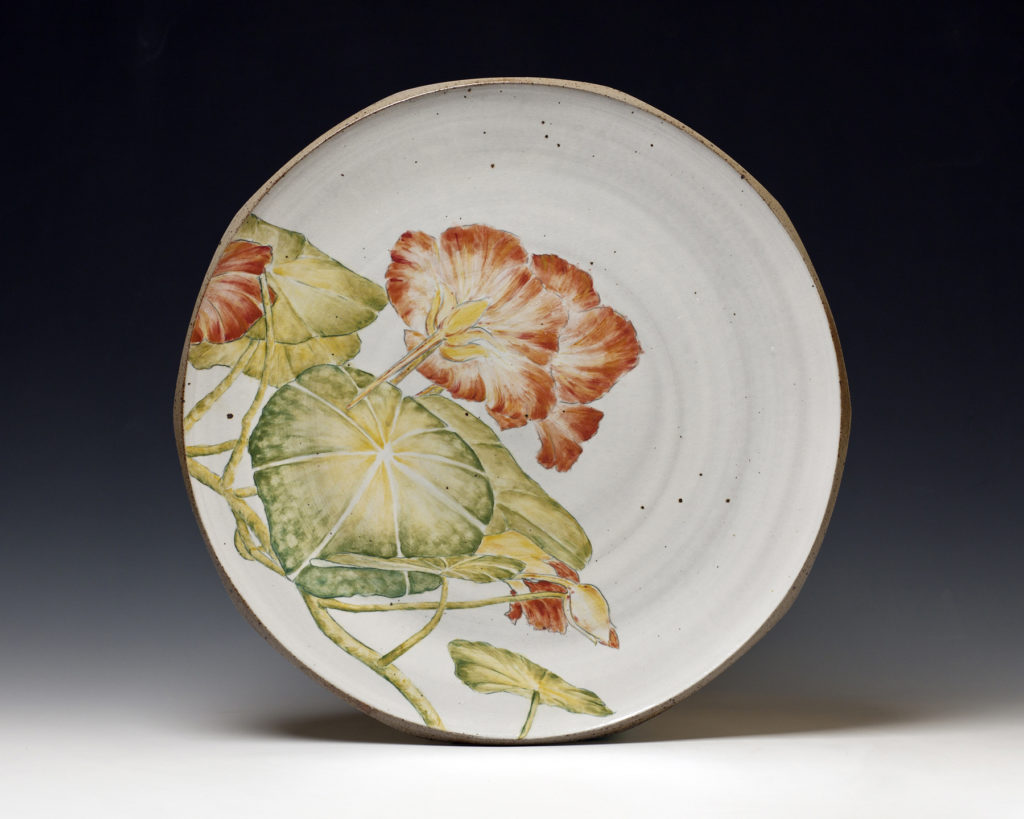 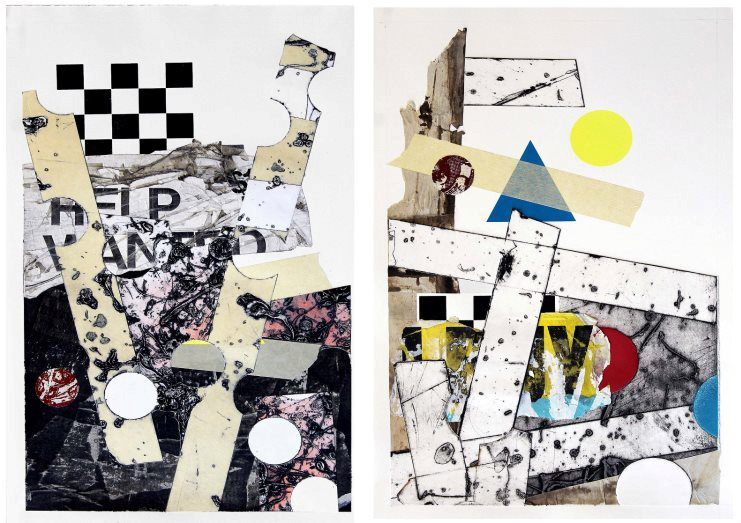 The Lawrence Arts Center’s new artists in residence arrived this month in Lawrence, where they’ll spend the next year creating art and teaching classes.

The Arts Center hosts one printmaking artist and one ceramics artist each year, and Margaret Weisbrod Morris, executive director of programs, says the highly competitive program draws excellent candidates from all over the country.

While many artist residencies focus exclusively on providing an environment for participants to create and show work, the Arts Center’s program is more interactive. Artists will create a body of work and show it at the end of the year, and also interact with Arts Center faculty and teach classes to the public.

“It’s about an artist getting to do their work, but also Lawrence gets something out of it,” Morris says.

She says the Arts Center looks for candidates who are impressive artists, teachers and interested in community, and this year’s artists are both.

Kyla Strid’s grandfather was a geologist who loved to travel the world and, each summer, visited Strid and her family at their home in Anchorage, Alaska.

Looking for salmon on fishing trips with him taught her something she leans on as an artist, she says.

“You have to look for the slightest little hint or glimmer of a fin in the water,” she says. “I think that, especially, taught me the importance of paying attention to things that are hard to see but are really important.”

Strid’s work is primarily wheel-thrown vessels with functional, familiar forms — vases, bowls, pitchers and cups. She’s also known for drawing and painting on the surfaces, which is where many pieces become more abstract.

She says she strives to capture a sense of “quiet poetry,” citing her inspirations as nature, especially plants and some animals, as well as other art forms such as contemporary drawing, design, decorative arts and textiles. Growing up in a family of engineers is another inspiration.

Strid likes to make things that work but also tries to make them beautiful, too — far from a priority for the hydroelectric plant her father built — likewise the backyard shed or family boat dock, she says laughing.

Strid says her art tends to be responsive to wherever she is and that she expects Lawrence to show in her end-of-year exhibition, whatever it may be.

“I don’t think that you can be an artist and ignore your history,” Strid says. “One way or another, it seeps in.”

John McCaughey also has been influenced by his surroundings, and until his move to Lawrence, they’ve always been more urban.

McCaughey grew up in Providence, R.I., and got his bachelor of fine arts in printmaking from Rhode Island College before earning his master of fine arts in printmaking from Ohio State University. He spent this summer in St. Louis, interning at Island Press where he assisted in printing for artists Ann Hamilton, Trenton Doyle Hancock and Radcliffe Bailey.

“A lot of my work deals with coping with the world in which we live,” he says, and an ever-growing and changing part of that world is technology.

He’s created large-scale QR codes in mixed media, even using photographs in place of the normally black pixels. When scanned on smartphones, the codes actually link to websites — one that mapped locations of urban surveillance cameras in Columbus, Ohio, and another linking to a site with live feed from a hidden camera in the entryway of the gallery where the artwork hung.

McCaughey’s recent work is influenced by the New Aesthetic, a movement that, in short, explores society’s fascination with blurring the line between real and digital, he says. QR codes, for example, often simply lead to a digital version of whatever’s in front of the person scanning them. He’s also created projects inspired by Google Street View in urban environments.

McCaughey says he’s looking forward to teaching in Lawrence and working on a show.