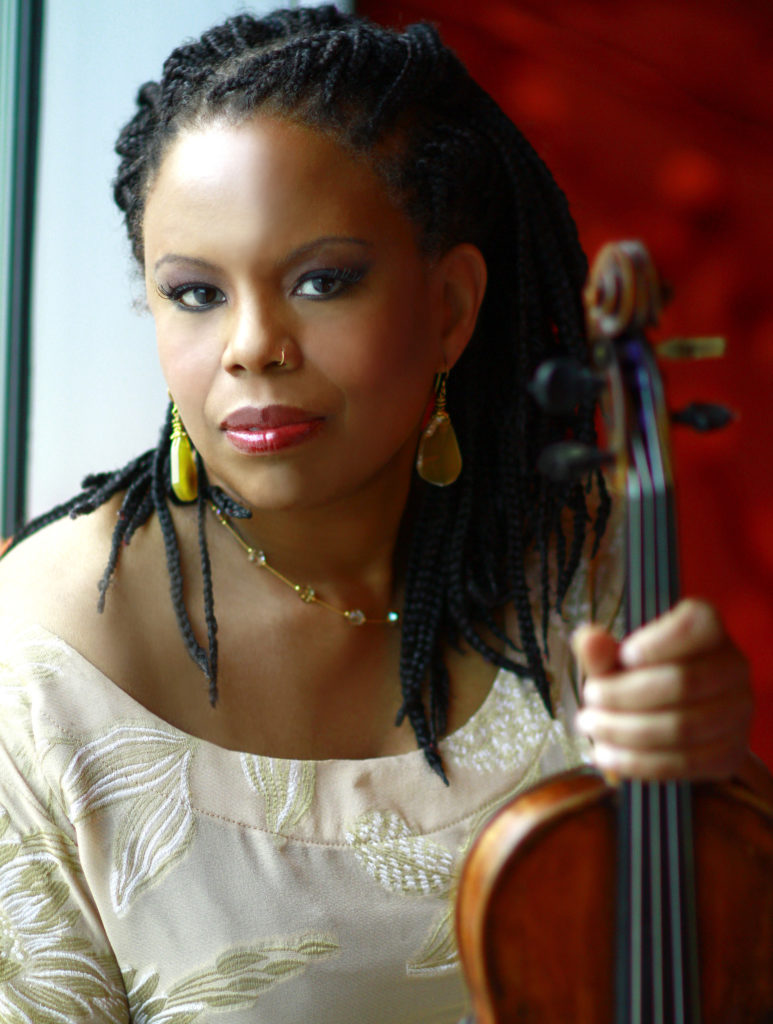 Jazz violinist Regina Carter is bringing the music from her latest African-inspired album to the Lied Center on 7:30 p.m. Friday. In “Reverse Thread,” an accordion and a kora — West African harp — are added to the mix to showcase Carter’s interpretation of traditional melodies from different areas in Africa. A MacArthur Fellow from Detroit, Carter has performed with several symphony orchestras and artists such as Aretha Franklin, Lauryn Hill, Billy Joel, Kenny Barron and Mary J. Blige.

Before her performance, Carter chatted with us about her relationship to the music of Africa.

Nadia Imafidon: What drew you to work on “Reverse Thread,” an album of primarily African folk music?

Regina Carter: I grew up in Detroit and I was exposed to a lot of different ethnic cultures there in the city. One of the largest communities after the African-American population is the Arab-Christian population. I would hear so many different styles of music from around the world right there in Detroit, and I was really attracted by all these sounds.

Right out of high school there was a band put together, Earth Ireland. It was a couple of musicians from Chaldea, a couple of jazz musicians, a rock musician, a woman on sitar and vocalist from India. It was to bring the community together in Detroit musically. They recorded some popular tunes, one of them being “Wild Thing,” where one of the verses was sung in Arabic and the other in English. I was just really attracted to the sound. My thought was to start with Arab-Christian music. For my research, I went to the World Music Institute, and while I was there a woman said, “Have you ever heard this CD?” It was a collection of music from the Ugandan Jews, and I didn’t even know there were Jews in Uganda. It was so mesmerizing and beautiful that I started checking out music from other places in Uganda, and from that I got other information that led me to other places on the continent and other music and musicians and that really took my focus.

In checking out this music, I would hear sounds or music and I would say, “That sounds very much like it’s from Ireland,” but it would be from the continent of Africa. We’re all connected, and you really hear it through the music. Looking at mankind, we are like a huge garment. And if you take a loose thread and start to pull it you see how we are all connected and make up this one garment.

Of course, the continent is so huge that I could barely scratch the surface on trying to present all that’s there. I just started gathering music that had an immediate effect on me and seeing if I could take that music and translate it as a jazz musician without losing any of its original beauty and quality.

Imafidon: Which areas of Africa would you say were your biggest influence?

Carter: Mali, Uganda, and maybe Senegal. I collected a lot of music from the World Institute but I had some music from when I had gone to South Africa and I have friends that live in different parts of Senegal. Everyone was sending me music to check out. There were some areas that I had never heard of that people were sending me music from. It’s music that you won’t hear on the radio that’s so incredibly beautiful. Unless you go there or someone is there to send it to you, people don’t have the opportunity to hear it.

Imafidon: Was traveling to South Africa part of your research?

Carter: No, actually. I had gone to a festival there the first time and met some incredible musicians and had the opportunity to play with them. The second time I went, the record [“Reverse Thread”] was already recorded. Some of the band had never been there. It was a really emotional experience for the band and we got such a positive response to the music.

Imafidon: What was the greatest challenge working on this album compared to your other albums?

Carter: The songs that I chose, a lot of them are folk songs and they are really naked and of beautiful quality. A lot of them are field recordings. We had to try to keep that beauty intact and not over decorate it, not play so much stuff and re-harmonize it so much that you lose its original beauty. It seems like it would be easy to play less but a lot of times playing less is much more difficult than just going for it and putting all this stuff on it. I think the biggest challenge as arrangers and players was to really lay back and let the original beauty of these melodies come through.

Imafidon: What was the biggest takeaway from this project?

Carter: Seeing how much we’re all connected. People hear it when they listen to the music. They’ll say, “Oh, that sounded like a zydeco piece,” or “it sounds like that piece is from Ireland.” People hear all of these different sounds, and I’ll be like, “that one was from Madagascar” or, “that one was from Mali” or whatever. So I think it’s just hearing how much we really are connected as much as we don’t want to be. And just hearing the beauty and being able to share that beauty with audiences. The research for me is a huge deal. I’m having such a great time researching a lot of this music and learning history that goes along with it, which is something I never enjoyed when I was in school. It’s helped lead me to my next project of researching my father’s family in the South, finding identity and seeing where I have roots.

Imafidon: Why is “Reverse Thread” meaningful to you?

Carter: Trying to find out from where I come. It is a really important question and has been my whole life. Yes, I’m an American and I’m an African-American but I’m more than that. There is power for me in knowing and trying to find that out. To feel like I belong inside my roots and elsewhere. Just seeing naturally what music I’d be drawn to and what places, and that’s how people say, “oh, we think you’re from Mali.” Just stretching outside of my boundaries and seeing what is out there and what touches me and sharing that with the rest of the world. Not everyone gets to travel. Some people don’t even leave their borough or their city. I get to travel, meet other musicians, be exposed to their culture, their music, and come back and present it with my twist on it.