Historians debate ‘the most polarizing figure in American history’ 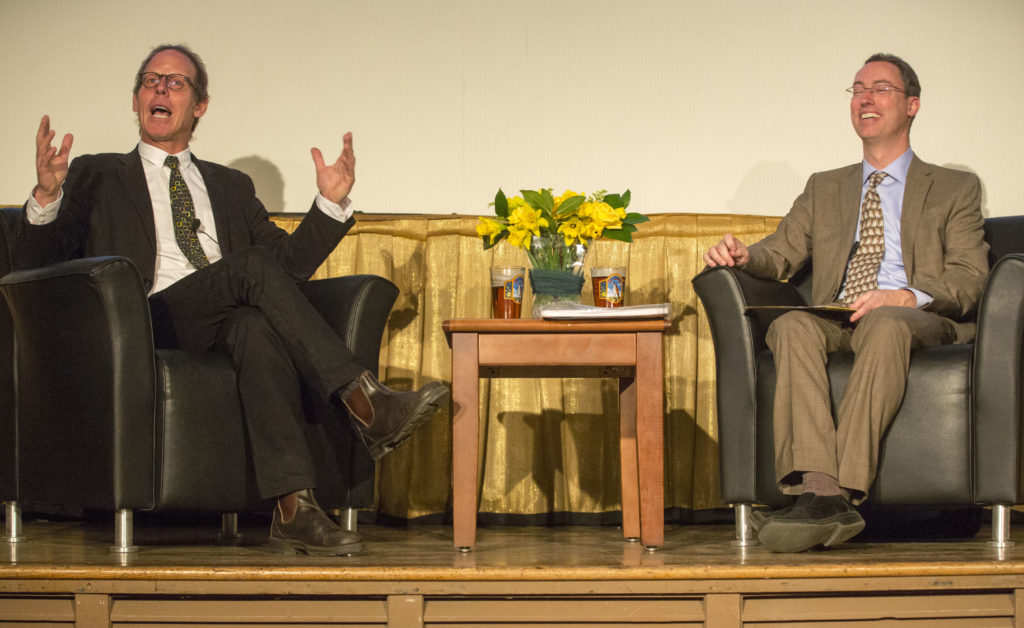 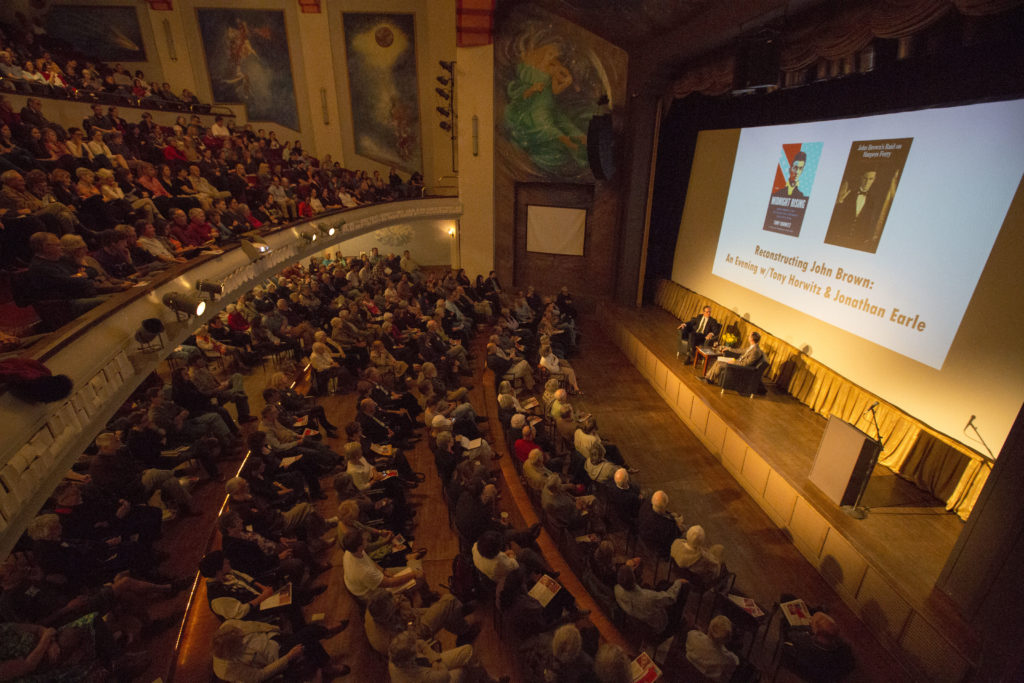 Two historians discussed a man one of them called “the most polarizing figure in American history” on Thursday night.

Author Tony Horwitz and Jonathan Earle, a professor of history at Kansas University, took on the topic of John Brown, the abolitionist many credit with starting the Civil War, in front of a packed, engaged house at Liberty Hall. The event, “Reconstructing John Brown,” was part of the Lawrence Public Library’s 1863 Commemorate Lawrence observation of the 150th anniversary of Quantrill’s Raid.

Horwitz, a Pulitzer-Prize-winning journalist, noted that the crowd was at least twice as large as any he’s spoken to about Brown, a historical figure the author said is as well known in Lawrence and Kansas as anywhere in the world.

Horwitz and Earle have both written books about Brown’s 1859 raid to free and arm slaves at Harpers Ferry, Va., which led to his hanging and, according to many historians, the Civil War.

Brown believed that a violent insurrection was the only way to beat back slavery. He and his men, fellow Northern abolitionists, risked their lives “to save 4 million slaves and … the soul of a nation,” said Horwitz, who lives in Martha’s Vineyard, Mass., with his wife, Geraldine Brooks, a historical-fiction writer he says gave him the idea for his 2011 book, “Midnight Rising: John Brown and the Raid that Sparked the Civil War.”

One of the people in Brown’s posse was his 16-year-old daughter, Annie, whom Horwitz called his “favorite character in the story.” She was an “upscale, privileged New York teenager thrown into the great adventure of her lifetime” whose first love was one of her father’s warriors, the author added.

Brown arrived in Kansas in 1855 “a penniless nobody,” Horwitz said, and left “a national figure.” The author said the Brown-led battles in Black Jack and Osawatomie were “arguably the opening shots of the Civil War.”

The abolitionist’s war against slavery proponents in the Sunflower State “led directly to Harpers Ferry,” Horwitz argued, as it allowed him to raise money for that battle from wealthy Northern abolitionists who fawned over Brown; one of them called him “the manliest man I never met.”

Brown utilized the new technologies of the time to promote his cause: photography, telegraphs, trains. It was, Earle said, “one of the earliest examples of the creation of celebrity.”

Brown’s most controversial act may have been his nighttime slaying-with-broadswords of five slavery supporters — who didn’t actually own slaves — near Kansas’ Pottawatomie Creek, to avenge the 1856 sacking of Lawrence. “I think most of us would agree he’s on the right side of history,” Horwitz said, “but his means were very troubling.” Horwitz quoted historical novelist Truman Nelson, who once called Brown “the stone in the shoe of American history.”

After Brown’s failure at Harpers Ferry, the state of Virginia put him on trial, giving him a bully pulpit from which to promote his anti-slavery views. “It was sort of the O.J. trial of its day,” Horwitz said, as well as “one of the first breaking-news stories in America.”

Earle argued that Abraham Lincoln likely wouldn’t have become president if not for Brown, who he said made the favorite for the Oval Office, arch-abolitionist William Seward, unelectable.

Brown remains one of the most fascinating figures in American history, Horwitz contended, because he “forces us to ask the question, do the ends justify the means?”