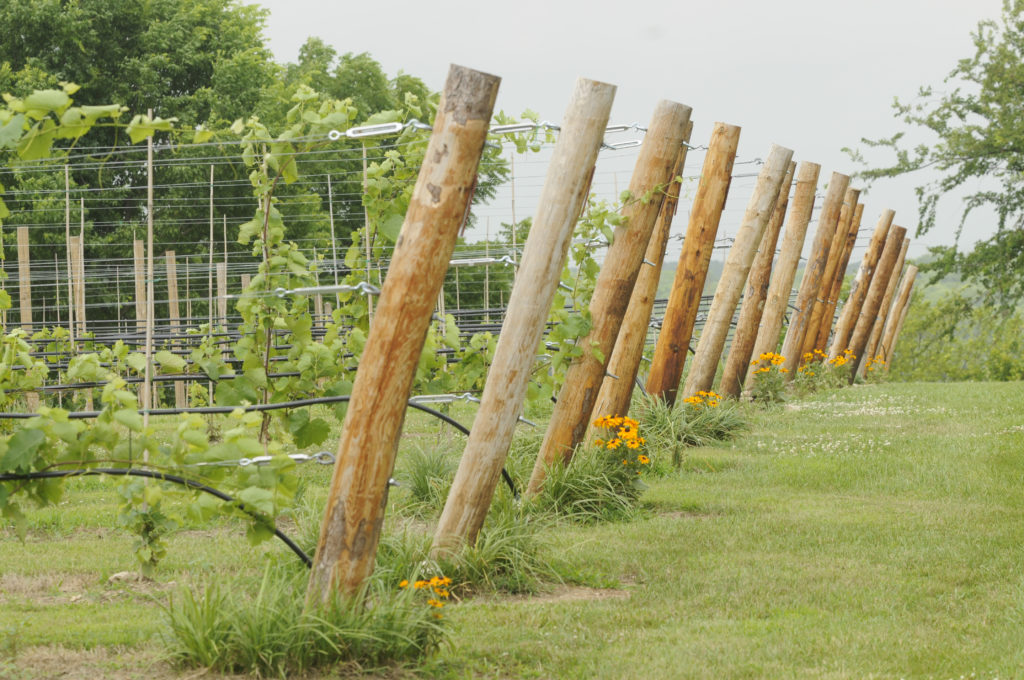 A new state law lowered the percentage of Kansas-grown grapes the state's wineries must use in their products, a provision some Kansas winemakers supported and others fought. While the law makes it easier to bottle and sell wine, some vintners say it may water down the state's flavor.

Little-known fact: Even though your wine came from a Kansas winery doesn’t necessarily mean it has many — or any — Kansas grapes in it.

Whether that’s good or bad depends on who’s drinking, or pouring.

As vineyards wrap up this year’s harvests, a new law is in effect that slashes the percentage of Kansas-grown ingredients the state’s wineries must use in their products from 60 percent to 30 percent. While the law makes it easier for wineries to bottle and sell wine, some vintners argue it will water down the flavor — love it or hate it — created by Kansas’ unique terroir. 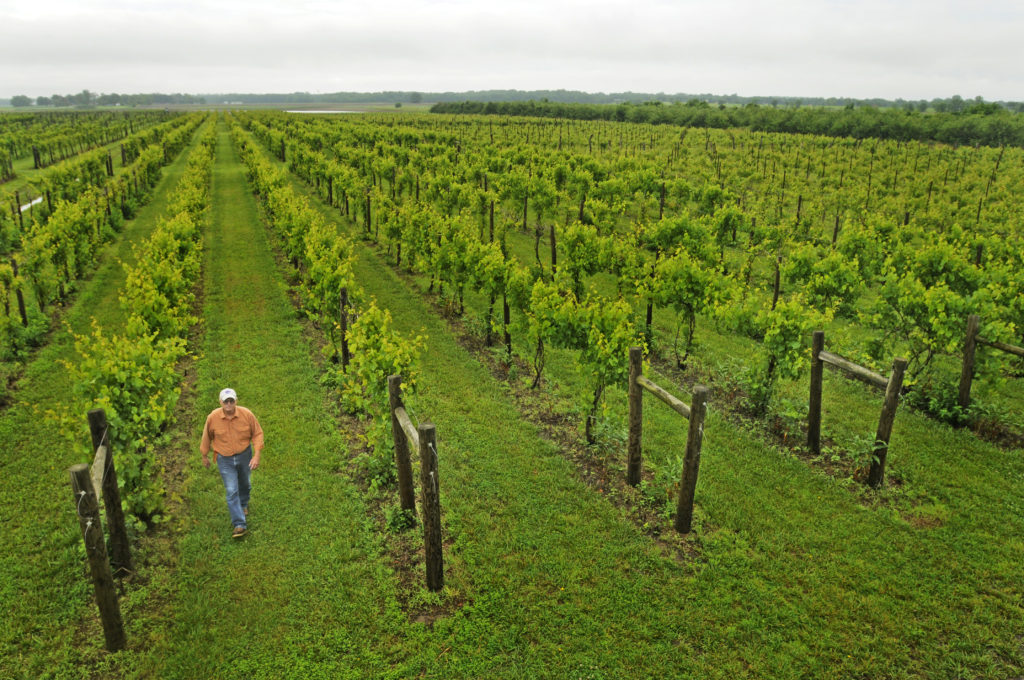 Greg Shipe, owner of Eudora’s Davenport Orchard, Vineyard and Winery, which grows nearly all its grapes on site, said a new law shrinking the percentage of Kansas grapes that Kansas wineries must use in their products could threaten the region's unique wine identity.

Winemakers say the provision could have a huge effect on their business, and ultimately what consumers pour in their wine glasses.

“This is the most important thing for the wine industry in Kansas, more so than anything else,” said Greg Shipe, owner of Eudora’s Davenport Orchard, Vineyard and Winery, which grows nearly all its grapes on site. “We’re trying to build an identity for Kansas wines, and it has to be grown here to do that.”

The “percentage of products grown” provision went into law in May as part of House Bill 2689, the same bill that legalized happy hour in Kansas.

The provision doesn’t apply to individual bottles, but rather a winery’s overall products — for example, a winery that produced one type of wine with 100 percent Kansas grapes and two types with none should fit the bill. The statute also includes wines made with other ingredients, such as honey or berries.

A push for free-market

Supporters of the law initially pushed for Kansas to eliminate the percentage requirement altogether, saying vineyards and wineries have exploded in Midwestern states that don’t require any state-grown grapes.

They say lessening restrictions will promote growth of wineries in Kansas, which is good for the economy whether those wineries use Kansas-grown ingredients or not.

Brooke Balderson, owner of Oz Winery in Wamego, which does not have its own vineyard, called the previous 60-percent requirement “strict” and “outdated.”

“It doesn’t make sense to have legislation that hurts some business plans,” she said.

Oz bottles mostly grapes grown within “a couple hours” drive of Wamego but also buys grapes from out of state, Balderson said.

The winery sells several typical Kansas varietals such as Norton, Chambourcin, Seyval and Vignoles. But it also sells mainstream favorites such as cabernet sauvignon, merlot and chardonnay — grapes that aren’t widely grown here.

Oz, located just off Interstate 70, aims to give customers what they want, Balderson said. And while customers like the winery’s catchy “Wizard of Oz” themed offerings — wine names include Ruby Sippers, Drunken Munchkin and Blue Gingham Dress — not everyone who comes in likes Kansas grapes.

Other vineyards and wineries are either too new or too small to produce enough grapes to bottle their own.

Bob DesRuisseaux, who owns Prairie Fire Winery in Paxico, has newly planted vines. Until they mature, he said, he’s buying grapes from other vineyards.

DesRuisseaux would like to bottle 100 percent Kansas grapes but said they can be hard to come by, especially in years where the state’s unpredictable weather takes a toll on the harvest. That makes opening a winery more financially risky than it needs to be, he said.

“It can make it very difficult to plan, and the banks want to know that you’re going to have a consistent availability of raw material in order to open a business and sustain a business,” he said.

Established Kansas vineyards, which have been growing and bottling exclusively Kansas grapes for years, fought the legislation.

They agree wineries are important to agro-tourism. But they argue that fostering regionality is more important than spurring large numbers of new wineries.

“I really don’t care how many there are as long as they put out a good product that is truly a regional product,” said Michelle Meyer, owner of Holy-Field Vineyard and Winery in Basehor. “The great wines of France aren’t grown in Italy. … A Kansas product is something you bring to life from the ground up.”

With 16 acres of vines, Meyer said, Holy-Field grows all of its own grapes.

There has been one exception, she said, when an Easter freeze in 2007 decimated grape crops. That year the state’s director of alcoholic beverage control waived the percentage requirement, a move the law still allows.

About 98 percent of Shipe’s grapes come from his own vineyard, with the rest purchased from other Kansas growers, he said.

Growing isn’t easy — he’s having a good harvest but thanks the roughly 3 million gallons of water he used to irrigate his crops this year — but it’s a reality of owning a vineyard, he said. “It’s farming.”

“Wineries are one of the No. 1 things for agro-tourism, but we need to give people an honest product, too,” he said. “A lot of people that come to farm wineries are expecting the wine to be grown here in Kansas.”

The federal labeling requirement — which has not changed — says that in order to be labeled “Kansas wine,” a bottle must contain at least 75 percent Kansas grapes. Bottles don’t have to specify where the juice comes from.

DesRuisseaux and other supporters of the law change say labeling requirements are strict enough for consumers to discern what they’re getting.

But winemakers like Shipe say only those with discerning palates will be able to tell when they’re not in Kansas anymore.

“If you know how to taste wine, it will tell you everything,” Shipe said, borrowing a line from Russell Crowe in “A Good Year.” “The wine doesn’t lie.”