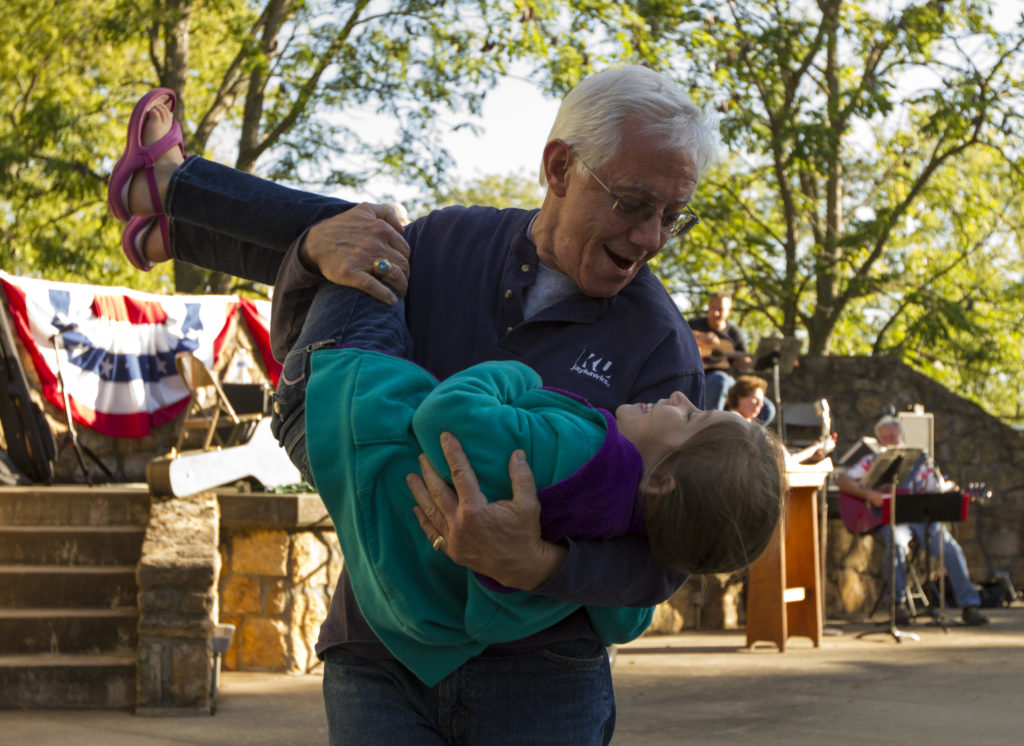 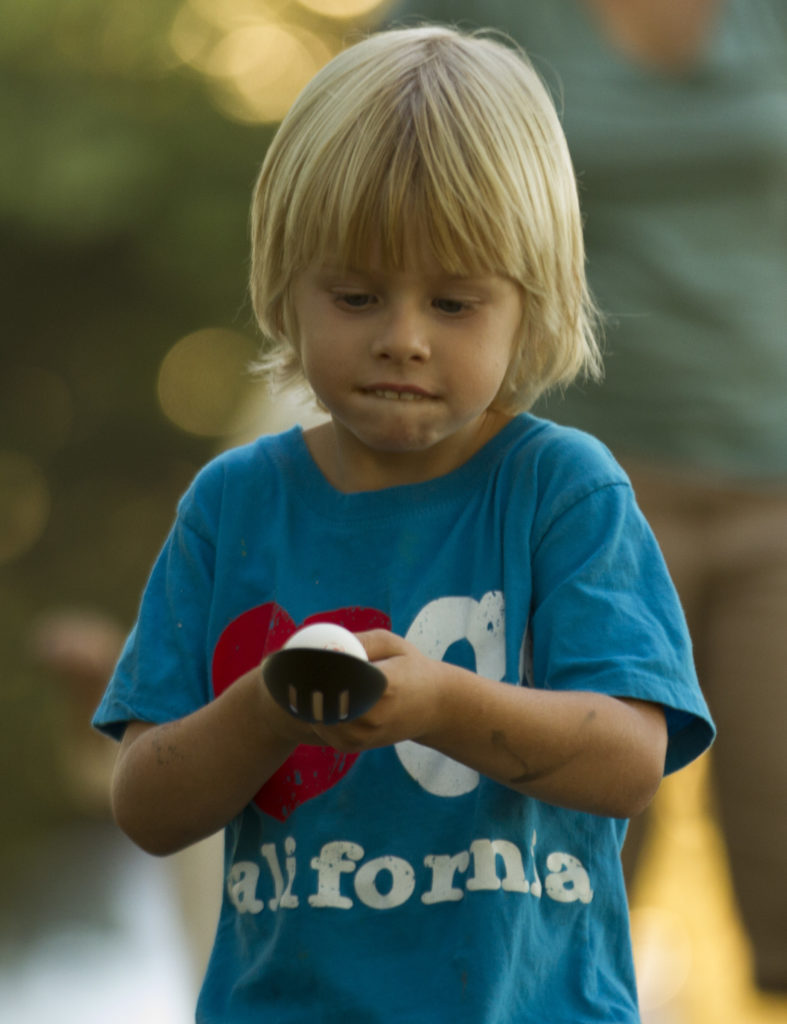 Henry Gottsfield, 5, of Lawrence, concentrates on keeping his spoon steady as he takes part in an egg-and-spoon race during the picnic Saturday.

In 1873, Clinton-area residents held a picnic — the Sigel Harvest Home Picnic — to give thanks for the summer’s produce.

Nearly 140 years later, about 75 of their ancestors and other community members gathered to continue the tribute at the Harvest Home Picnic and Music Festival on Saturday evening at Clinton Lake.

“It’s just a great community thing for everyone to get together,” said event organizer Martha Parker. “It was a dry year, but we are still thankful.”

Holding with tradition, most brought homemade dishes for a potluck dinner. In the background, local musicians played music while children participated in a cake walk. Awards were given for categories such as oldest woman, redheaded-est girl and oldest Jayhawk, which John Studdard, 81, of Lawrence won.

“It was just too beautiful a day to spend indoors,” he said. Studdard said he was out to experience the local food and the history of the area. “It’s interesting what people had to do to live out here.”

The history of such people is preserved in the Wakarusa River Valley Heritage Museum, for which the event, in part, raises money.

The museum preserves memorabilia from the farms that existed where Clinton Lake is now, as well as historical artifacts concerning the Underground Railroad and the Bleeding Kansas period.

“One of the cool things looking ahead is this museum’s going to double in size,” said Fred Conboy, president of Destination Management Inc., which oversees the Lawrence Convention and Visitors Bureau and Freedom’s Frontier National Heritage Area. “It will have a genealogy research center. Our hope is, all it takes is one spark and all of a sudden you want to learn more.”

Groundbreaking for the addition is set for Saturday.

Conboy was quick to add that the expansion or picnic would not have happened without the hard work of Parker.

“What you see today is a testament to Martha’s passion to preserve history and build community,” he said.

This was the first Harvest Home Picnic in 35 years.

“We just decided it was time to bring the Home Harvest Picnic back,” Parker said. “I’m hoping to have this again next year.”