No need to travel all the way to Hotel Transylvania this Halloween season to encounter vampires, zombies, ghouls, ghosts, illusions, apparitions and various other members of the living dead.

Ghostbusters don’t stand a chance in “the most haunted town in Kansas” — Atchison, just a stone’s throw away (52 miles) from Lawrence. A unique collection of tours and events sure to spook even the most ardent skeptic await visitors to this favorite destination for paranormal enthusiasts.

Even closer to home, in Kansas City, Mo., Worlds of Fun’s Halloween Haunt offers, through Oct. 28, family fun — complete with shows, costume contests and trick-or-treating — during daytime hours on Saturdays and Scare-Free Sundays, plus 13 Extreme Haunt attractions during the witching hours at night on Fridays and Saturdays.

There’s nothing like either of these “daytripper” destinations for getting in the spirit of the season.

Tombstone rubbings and tales of terror

Historic Mount Vernon Cemetery houses the graves and monuments of those who built Atchison into a thriving commercial river town — and maybe a ghost or two.

When you take the Tombstone Rubbing Tour in Haunted Atchison, a psychic, Keli Adams, guides you in the basics of doing respectful memorials. Although being a US Airways flight attendant is her day job, Adams is also a paranormal investigator who hunts ghosts for sport.

Expect your own imagination to take flight as you hear the stories of some of the deceased who are buried in this picturesque cemetery. And if you happen to feel a sudden chill in the air on a bright, sunny day in the graveyard — well, some of the permanent occupants just can’t seem to rest. 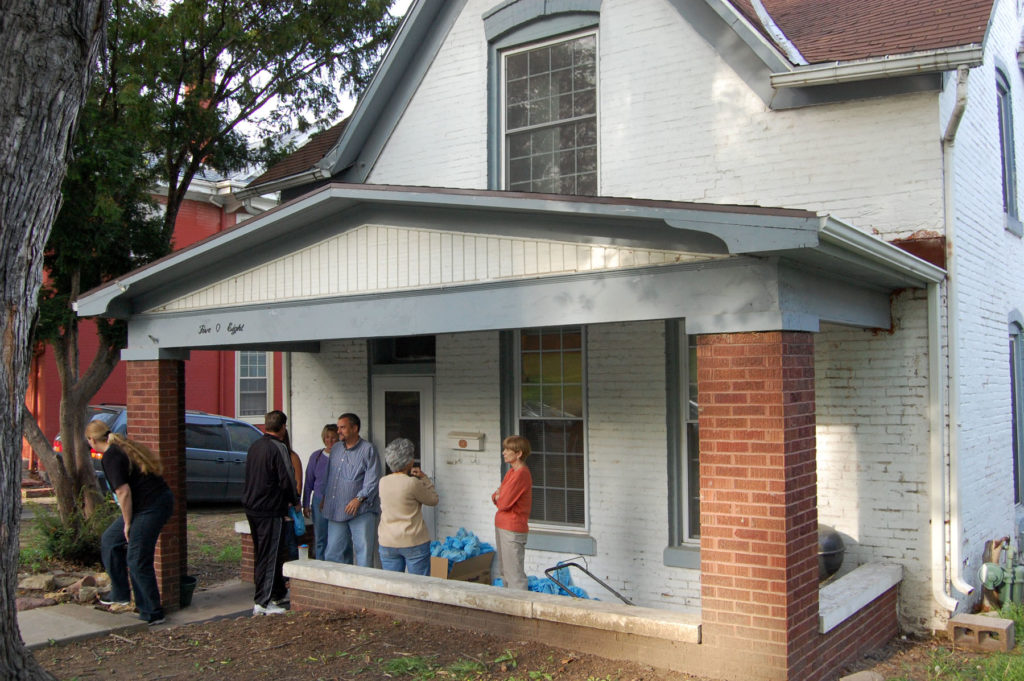 Did a botched appendectomy, causing a little girl to die in horrible agony, chain her spirit forever to the place where she suffered? Mediums who visit Atchison appear convinced that 6-year-old Sallie is a definite presence in town.

After appearing on three telecasts of the television series “Sightings,” being featured on The Travel Channel’s “Haunted Town,” being investigated twice by Ghost Hunter Magazine and serving as the inspiration behind Paramount Pictures’ movie “Sightings: Heartland Ghost” (starring Beau Bridges), young Sallie is a celebrity, known well beyond the city limits of Atchison. Tour her house (said to be “the most haunted of them all”) and decide for yourself whether that prickly feeling on the back of your neck as you enter is caused by Sallie’s restless spirit. 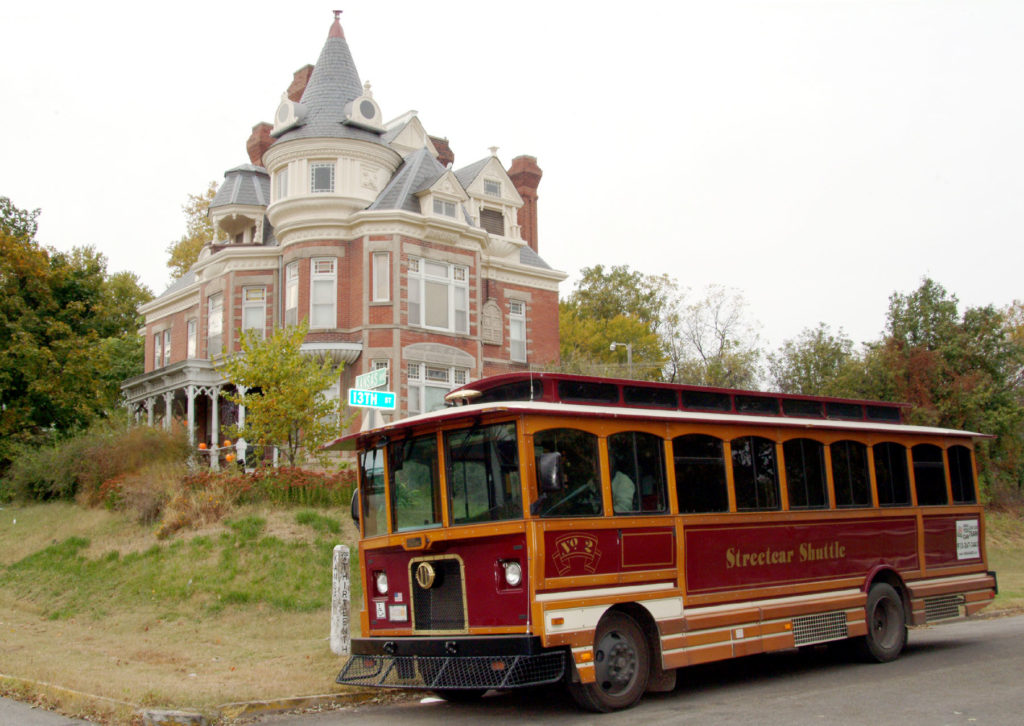 The Atchison trolley makes a scheduled stop at the McInteer home, said to be particularly haunted.

Since 1995, the unique stories surrounding Atchison’s ghostly residents have drawn visitors from all over the world to take one-hour narrated tours aboard the Atchison Trolley to see dozens of haunted sites like the McInteer Villa, which contains enough turrets, balconies and oddly-shaped windows to look spooky enough to serve as the set for an Addams Family film. You may shiver involuntarily just looking out at the house from your cozy seat on the trolley.

However, hearing the stories about the antics of the house’s resident ghost will definitely give you full-fledged chills. At the stroke of midnight (especially when the moon is full), the temperature in the house reportedly drops at a very noticeable rate and becomes so cold that various owners throughout the years have reported being able to see the vapor of their own breaths. Then a breeze arises within the walls, enough to flutter tablecloths and ruffle the owners’ hair.

Take a photo of this house — if you dare. The ghost’s silhouette has been glimpsed in several photographs of the house. Just make sure that the spectre doesn’t follow you home. 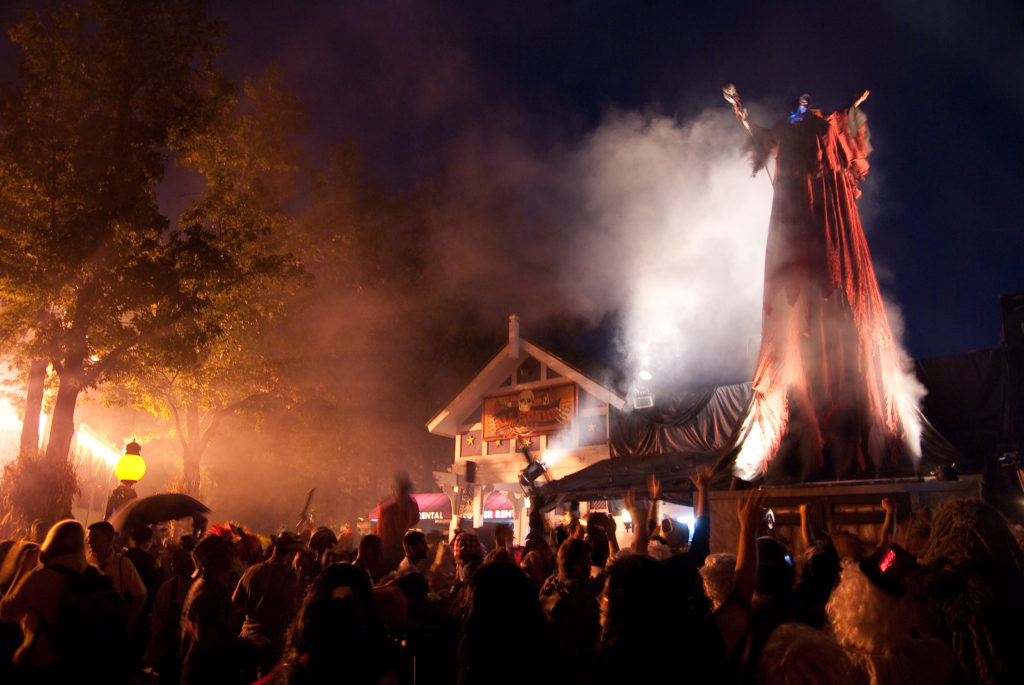 The Overlord's Awakening at Worlds of Fun heralds the summoning of spririts to transform the park into Halloween Haunt. 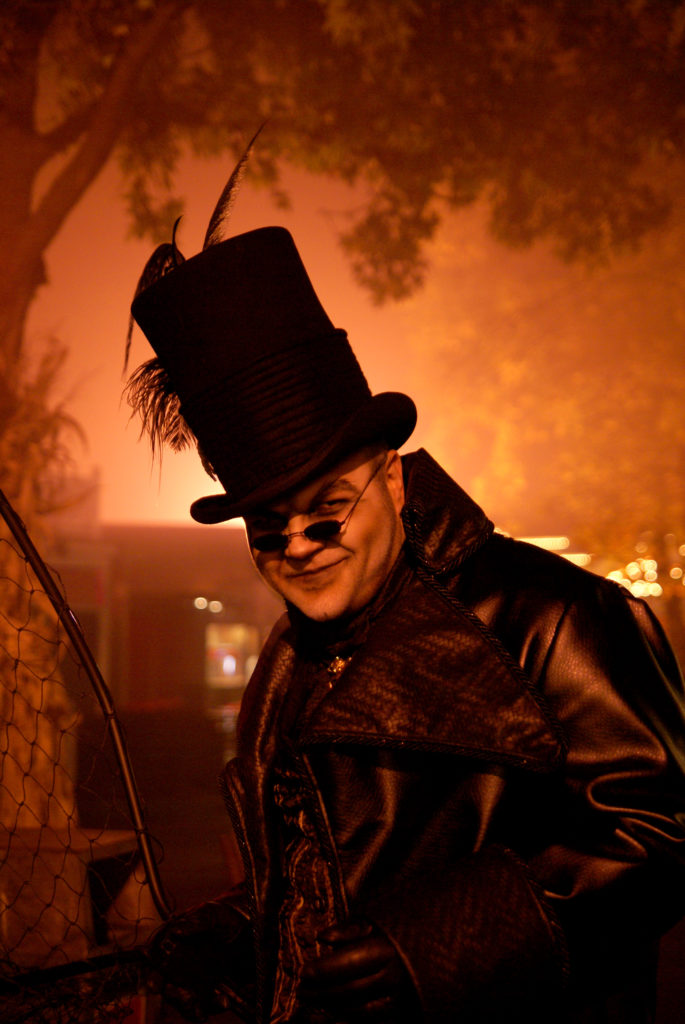 A menacing kid-catcher carries an extra-large net while prowling the Halloween Haunt at Worlds of Fun.

Worlds of Fun doesn’t promise real spirits will come out to haunt you during its Halloween Haunt, but the characters prowling the theme park’s grounds at night are certainly convincing enough to fill the bill.

During the day, the park is merry with fun-filled activities for the small fry — including a fabulous new show, “Captain Hook’s Pandemonium,” starring talented illusionists John Bundy and Morgan. You won’t believe your eyes. The illusions are as magical and mind-boggling as any that I’ve experienced watching world-renowned magicians perform in Vegas.

At 7:30 p.m. Fridays and Saturdays, the Overlord awakens and calls his army to rise from the underworld and transform the park. It’s advised that impressionable young children leave the park with their parents well before the fog creeps in.

My favorite haunt is London Terror, which was new to the park last year. More theatrical than terrifying, the attention to detail in the costumes and makeup of the actors (Sherlock Holmes or Jack the Ripper, anyone?) and the intricacies of the themes are superb. Worlds of Fun has really outdone itself with this stellar attraction.

So what are you waiting for? It’s haunting season, and the spirits are dying to meet you.