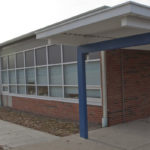 Of all Lawrence schools, Kennedy School receives the most Title 1 funding, federal grants for schools deemed to have a high population of “at-risk” kids. Assessment scores there are lower, and many challenges are greater.

Walk down the hallways of Kennedy School with Principal Cris Anderson and one thing becomes clear: She knows the names of all of the more than 250 students, first and last. She knows their siblings’ names, their latest test scores, their favorite activities.

She also knows that a lot of them are struggling.

Some of the little bodies in the hallway are bearing the burden of stressors like homelessness, cyclic poverty and attachment disorders.

She doesn’t want to paint Kennedy as a “problem school” — how can it be, she says, when there’s so much love? She doesn’t “want to change the community” — this is a point she repeats, as if it’s been a criticism before. But Kennedy is different from other Lawrence schools. Assessment scores there are lower, and many challenges are greater.

About 65 percent of students there qualify for free lunch, a service based on family income and one often used as a measurement of socioeconomics within the education community. An additional 10 percent qualify for reduced-price lunch, said Paula A. Murrish, the district’s director of food services. Of all Lawrence schools, Kennedy receives the most Title 1 funding, federal grants for schools deemed to have a high population of “at-risk” kids. Its total “title” funding for last year was $248,184, and about 60 percent of students qualify for extra one-on-one help in reading and math. Because of title funding, Kennedy has the smallest teacher-to-student ratio.

Kennedy was the only school in the Lawrence district not to make the state’s “Standard of Excellence” for performance on standardized tests this year, the third year in a row. But that’s an above-and-beyond award, not a mark that a school is failing, Anderson said. Kennedy did make adequate yearly progress buildingwide so, if No Child Left Behind were still in effect, it would not be a “flagged” school.

Anderson said the performance issues are complicated. Kennedy is sometimes ranked below other Lawrence schools but not below state averages.

Talk to teachers in the school and they’ll bring up that many Kennedy kids have outside-the-classroom stressors. What can they do to alleviate them? It’s a source of stress for themselves.

Communities in Schools started this year as a partnership with United Way and a means to have case management services in the school. Brooke Miller, site coordinator for the school’s Communities program, says that it serves to “do the things teachers don’t have time to do,” like address outside-school issues and help families get access to social services.

“Barriers to learning often come from home life,” she said.

Miller coordinates schoolwide programming like mentoring and tutoring. Her group, which includes Kansas University social work students, then targets individual students based on red flags like low academic achievement or low attendance. They case-manage 65 students. It’s the first year of the program, so statistics aren’t in on their success, but Miller said she feels positive.

In the classroom, Anderson said, individualized attention and “positive behavioral support system” help all students, but especially those with emotional trauma or heightened levels of stress that can distract from learning. The Kennedy PRIDE system gives students “Kennedy dollars” for good behavior and academic improvement; they can later cash in their dollars for trinkets.

But more than anything, teachers’ emotional involvement makes a difference in an at-risk, chronically stressed kid’s life, said Lauren Mitchell, a second-year kindergarten teacher at the school.

“We work on a lot of what we call social-emotional learning, like how to handle pain, anger or frustration,” she said.

“There are happy, good things happening here,” she said.