An afternoon vehicle fire on Interstate 70 backed up westbound traffic, which is down to one lane near mile marker 196 and the Lecompton interchange, according to witnesses. 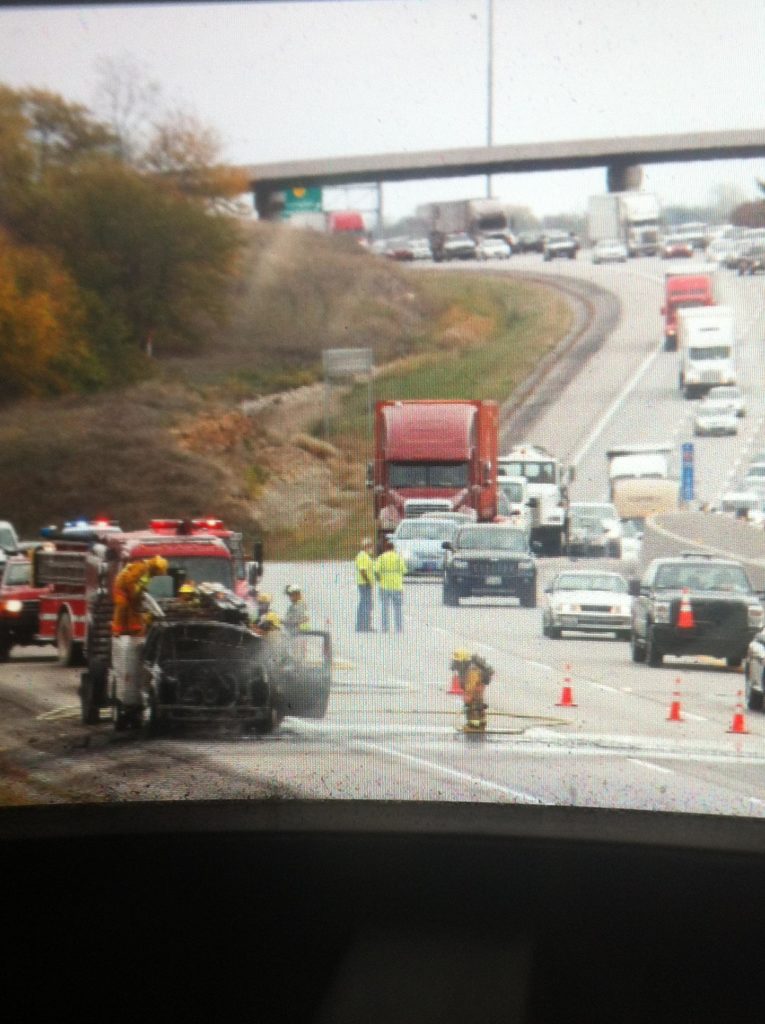 This photo, taken via iPhone of a digital camera's screen, shows traffic backed up on westbound I-70 after a truck caught fire near the Lecompton interchange. 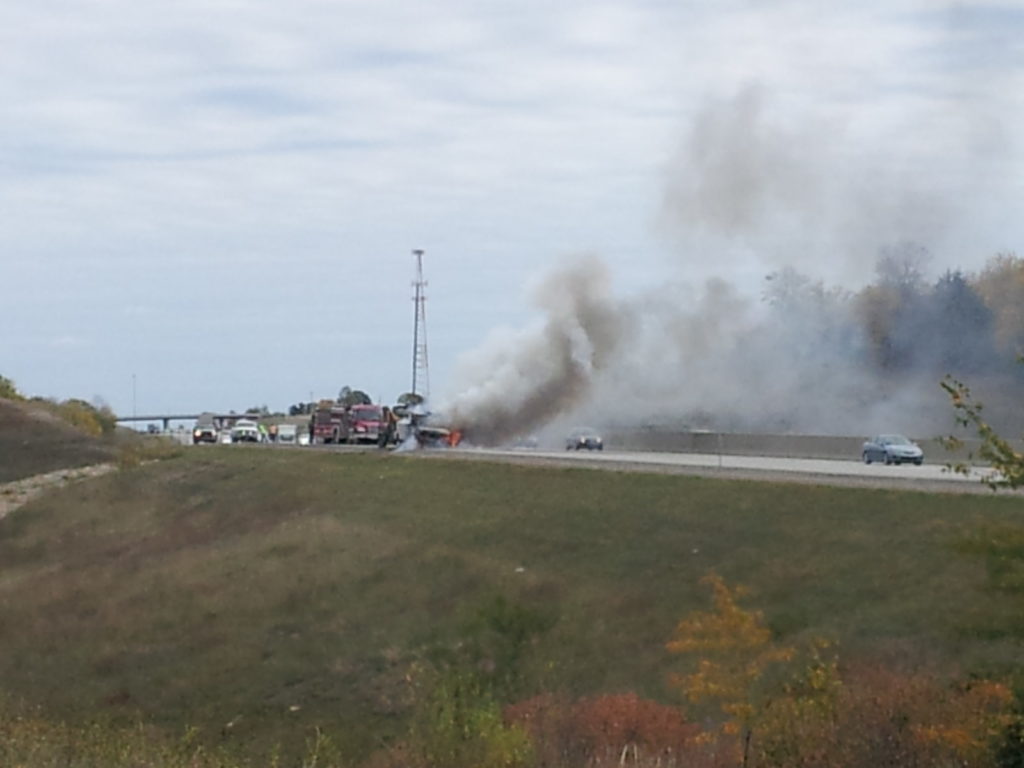 A truck burns on westbound Interstate 70 near the Lecompton Interchange.

The vehicle fire was called in about 2:15 p.m. Friday. The driver of the vehicle — which was fully engulfed — told emergency dispatchers that the vehicle had a portable fuel tank with about 35 gallons of gasoline.

No injuries have been reported and it’s unclear how the vehicle ignited.

As of 3 p.m., the Kansas Turnpike Authority is reporting normal driving conditions through that stretch of highway.