Daytripper: Make memories with your grandkids in Truman’s hometown 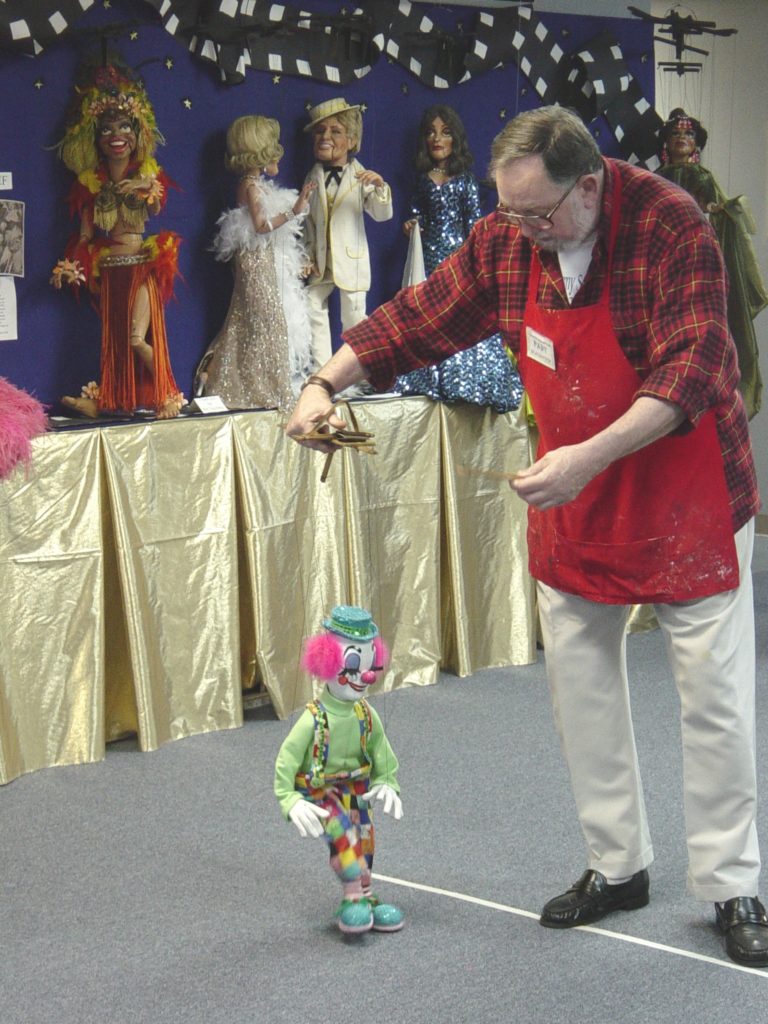 Even “big kids” enjoy the marionettes at the Puppetry Arts Institute in Independence, Mo. A trip just across the state line can appeal to multiple generations. 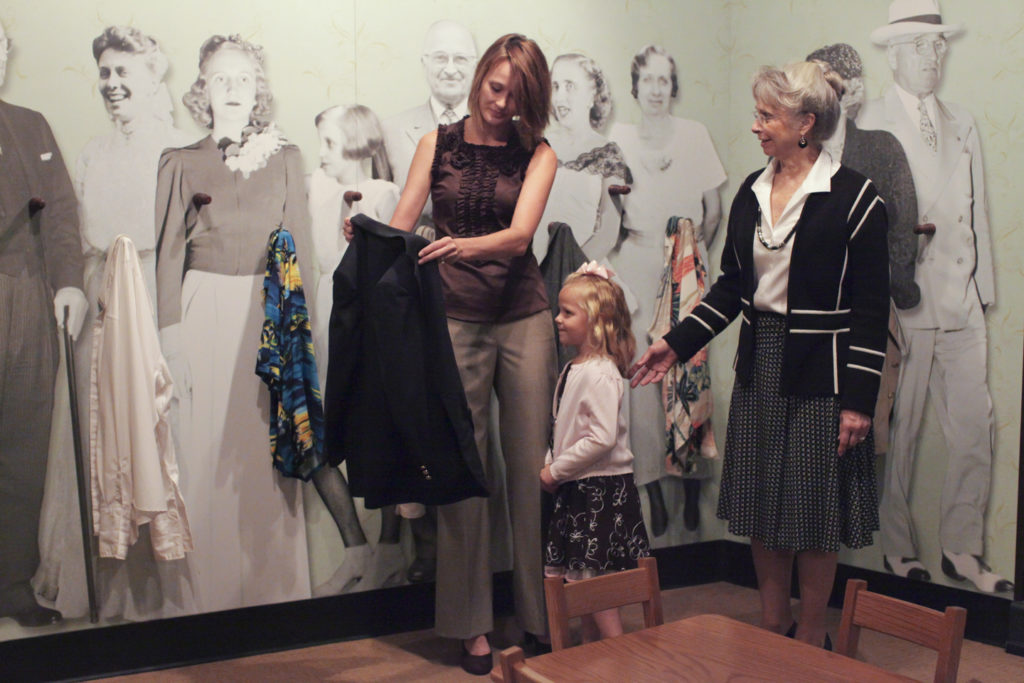 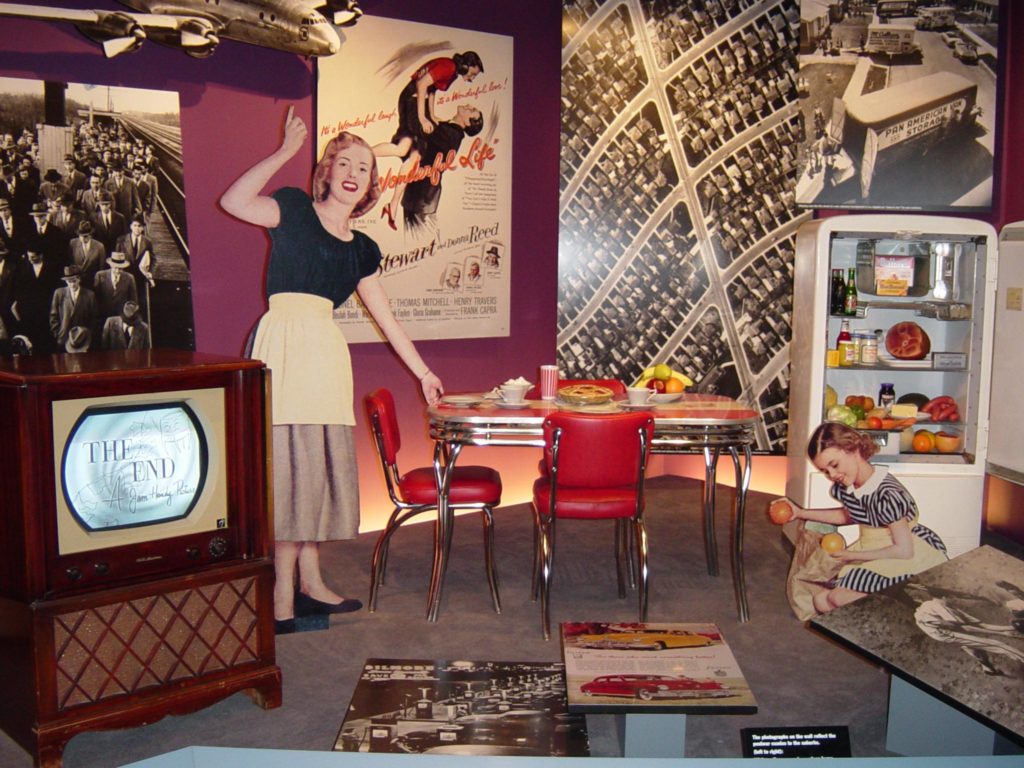 Visiting the 1950s room in the Harry S. Truman Museum in Independence, Mo., is like a trip to Nostalgiaville for Baby Boomers.

Intergenerational travel is a growing trend, and grandparents in Lawrence don’t have to stray too far from home to take the grandkids on a memorable adventure.

There’s so much to see and do in Independence that it’s hard to know where to start, but my favorite place in town is the Puppetry Arts Institute.

There’s a scene in Walt Disney’s animated film, “Pinocchio,” that takes nearly every child’s breath away when they view it for the first time. The Blue Fairy has just granted Pinocchio his dearest wish, to become a real boy, and little Pinocchio comes alive.

The fact that a little “wooden head” could suddenly feel life in his limbs and start prancing around is a concept that must occur to every child — and quite a few adults — when they first enter the amazing Hazelle Rollins Puppet Museum at the Puppetry Arts Institute.

At first glance, there are puppets everywhere — more than 150 of them: mermaids, nuns, kings, clowns, parrots, and even a perfect replica of Harry Truman! There are marionettes, hand puppets, shadow puppets, rod puppets, finger puppets and European paper puppets (with their own toy theaters). There are even puppets in the Gift Shop that consist solely of “googly” eyeballs for children to wear on their fingers!

Some of the puppets’ faces are so lifelike that you’d expect them to hop off the shelves or unstring themselves from the walls and start dancing. Visitors must surely wonder what happens when the last lights go off and the museum is closed for the evening. Do the puppets come out to play?

A wide assortment of hand puppet heads lies invitingly on a table for visitors to select and paint. Don’t be shy about coming in to make a puppet if you’re over 3 feet high, even if you don’t have a child in tow. The museum is not just for kids, but it helps if you’re a kid at heart.

And, through the end of July, it’s Howdy Doody Time! Baby Boomers may find themselves swooning over the special Howdy Doody collection, enhanced by tapes from the TV show. What a thrill to be able to share the magic of Howdy Doody with your grandchildren! One of the Howdy Doody puppeteers is now on staff at the Institute and can answer questions about Buffalo Bob, Clarabelle the Clown and even Howdy.

The ghost of the inimitable Harry Truman looms large over the entire town, and both you and your grandkids will enjoy touring the Harry S. Truman Library and Museum. Seniors will get nostalgic over the section of the museum devoted to exploring the postwar economic boom of the 1950s, when America’s standard of living soared, suburbia was born, and new appliances and other consumer goods entered the culture. It’s like a step back into the past — your past.

A vintage television set in this area displays a continuous video loop of television shows and commercials from the early 1950s. Your grandkids may have heard you talk about “the good old days” when you were growing up, but now they can see for themselves some of the television programs that you watched.

A vintage refrigerator in the same room of the museum is stuffed with food that you might remember grabbing as a kid from your parents’ fridge, and the walls are papered with old Life magazine covers from the same era. Spend a little time talking with your grandkids about your own personal experiences during that time period, and they’ll learn more than they’d ever retain from a history textbook.

A new major exhibit at the museum, “The Life and Times of Harry S. Truman,” offers plenty of hands-on activities for younger kids. Your grandchildren can make (and keep) campaign buttons, dress up like Harry or Bess in period clothes, or play “postmaster” and deliver letters.

For a change of pace after the museum, head to Independence Square, which offers plenty of intergenerational activities, like antique shopping (the new Lily Wolfgang is a “mishmash boutique”), bowling (the Diamond Bowl features neon pins and wall art of Day-Glo images of past Presidents demonstrating their bowling techniques) — and, of course, eating!

Your “cool quotient” will rise in your grandkids’ eyes when you treat them to one of the specialty pizzas at Square Pizza, where the pizzas are made “one square at a time.”