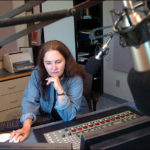 The motion to remove the funding request deadlocked 10-10 and then Appropriations Chairman Rep. Marc Rhoades, R-Newton, broke the tie and voted to kill the funds.

Gov. Sam Brownback’s budget proposal for the fiscal year that starts July 1 included $600,000 in state general funding for public broadcasting, which is a cut from current funding of approximately $2 million. A House budget subcommittee added $800,000 to Brownback’s proposal of $600,000, bringing the total to $1.4 million.

But the full Appropriations Committee action removed that $800,000, bringing the funding level back to Brownback’s original $600,000.

State Rep. Anthony Brown, R-Eudora, said voting against the funding was one of the tough decisions legislators had to make to be “real fiscal conservatives.”

State Rep. Peggy Mast, R-Emporia, said with all the funding needs on the state and national level, legislators needed to re-prioritize.