A party of 50 set out from Lawrence to travel the Oregon and Santa Fe trails. This group didn’t embark in search of a new life, however, but an old past. 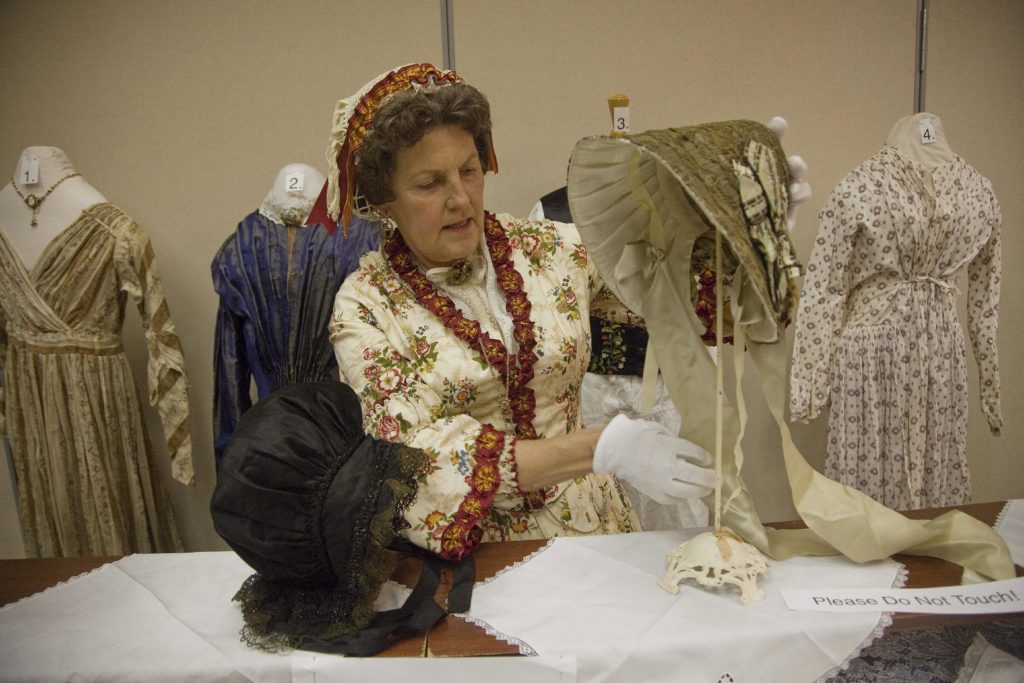 Marge Harding, from Oregon City, Ore., sets up a display of period dress for the 1840s as part of the Oregon and California Trails Association meeting on Wednesday at the Lawrence Holidome. More than 300 people have come for the convention. 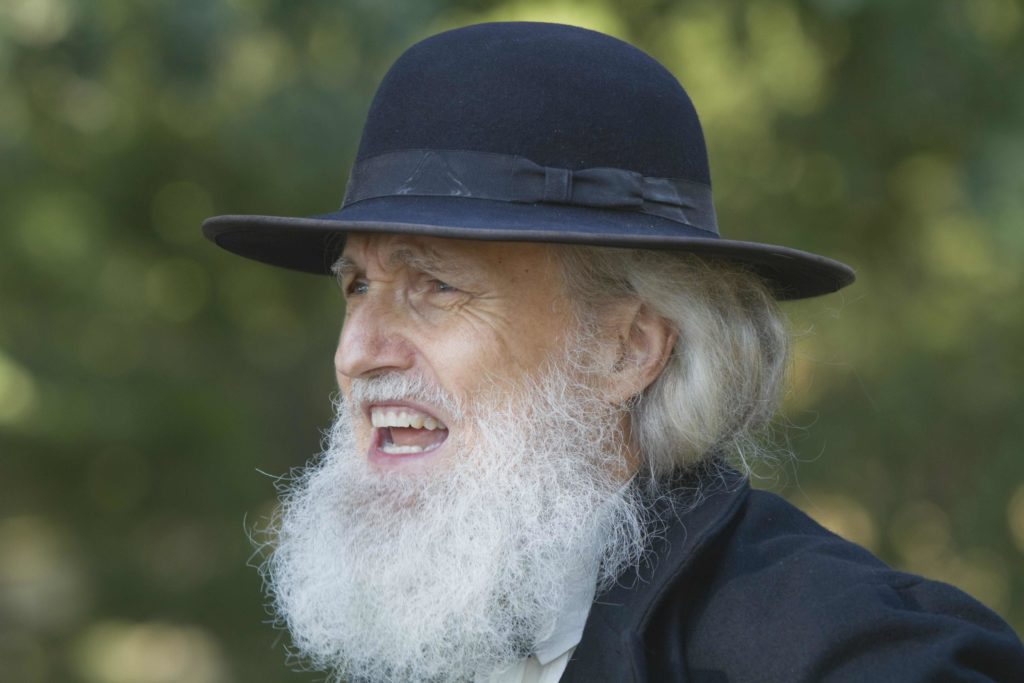 Kerry Altenbernd, played John Brown at Black Jack Park where some of the 300 Oregon and California Trails Association convention-goers, who came to Lawrence to celebrate the history of plains settlers.

The Oregon and California Trails Association held its annual convention in Lawrence this week, to experience the Oregon and Santa Fe trails that pass through Douglas County and the area’s Civil War history.

“Between 1840 and 1860, half a million people sold the farm and headed West,” association member John Krizek, of Prescott, Ariz., said as he walked a stretch of the Santa Fe Trail on Thursday.

“We are trying to save the evidence of those hearty folks that built this country.”

The group followed footsteps of both the settlers and militia who used the trails. These footsteps led them to Black Jack Battlefield, three miles east of Baldwin City. Jeff Quigley and Kerry Altenbernd of the Black Jack Battlefield Trust greeted them in period dress and recounted how John Brown and free-state militia captured pro-slavery Henry Pate’s encampment after three hours of fighting.

“A lot of people say, ‘I don’t like history,'” said Altenbernd, dressed as John Brown. “That’s because history isn’t taught right. History lives, and that’s what we do here. We tell the story.”

That personal connection to history is what draws many association members — who sometimes refer to themselves as “rut nuts” — to the tours.

“They’re hungry for it,” said association board member Vern Osborne of Cheyenne, Wyo.

Standing on old battle fields and treading paths of long-gone settlers also helped Charles Weickert, of Marysville, find the past he was searching for.

“I’m becoming more interested in my ancestors and what they had to put up with,” he said amidst the sunflowers and switch grass growing in the wagon ruts. “It just helps me get back closer to the earth and what the Indians tried to tell us long ago: The earth is the Lord’s.”