Schlingensiepen over Eye in Democratic battle in Congressional District 2; will now face Jenkins 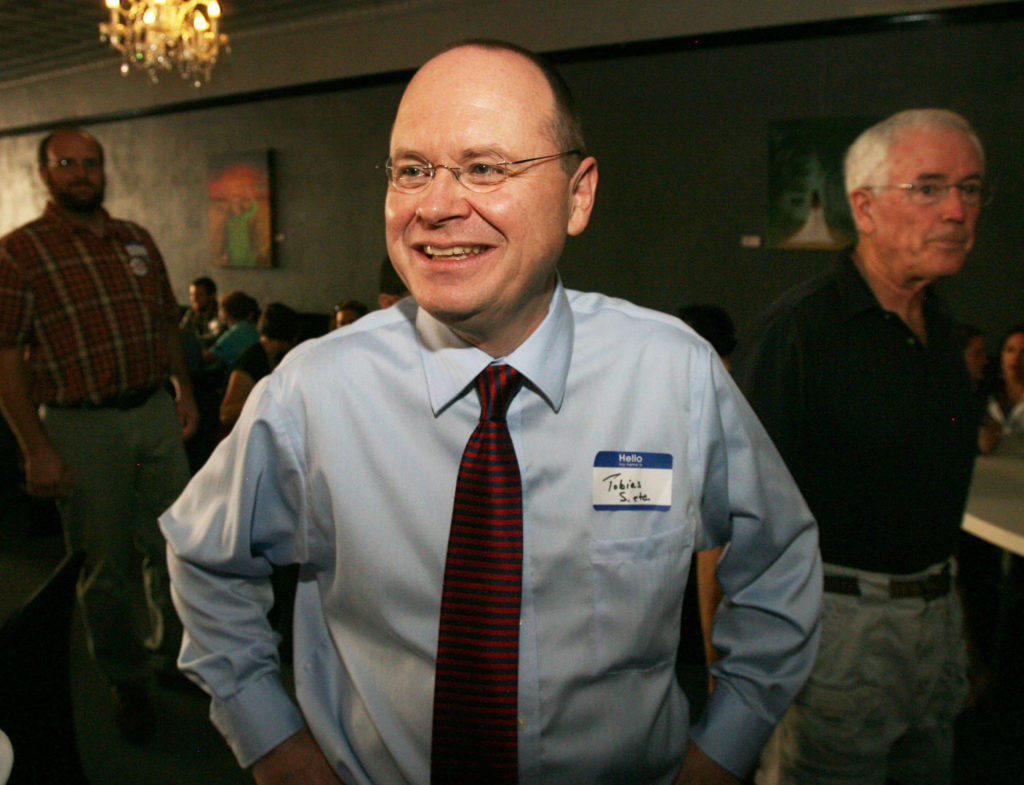 Regional voting was key in the close race that went back and forth all night between Eye and Schlingensiepen, of Topeka.

Across the district, which stretches through most of eastern Kansas, Schlingensiepen ended with 40 percent of the vote, while Eye had 35 percent and Barnhart, who spent nothing in the campaign, tallied about 25 percent.

Eye’s communications director Virginia Phillips said after the results were in, “Bob will continue to advocate for the public interest through his career.”

He said the focus of his campaign leading to the Nov. 6 general election will be “Jobs. Jobs for the 2nd District and jobs for the people of this country.”

Jenkins, who is seeking a third term, came out swinging against Schlingensiepen. Her campaign manager Bill Roe put out a statement that said, “Congresswoman Jenkins is looking forward to a spirited campaign in which Tobias Schlingensiepen’s support for Obamacare, increased taxes and deep cuts to the military are in contrast to Congresswoman Jenkins and the wishes of Kansas 2nd district voters.”

Schlingensiepen said that statement “doesn’t address our campaign positions at all. People are going to see a clear choice as we go forward in this campaign.”

During the primary battle, Schlingensiepen, a 48-year-old minister on leave from the First Congregational Church in Topeka, criticized obstructionism in Washington, and said his background as a minister would help him bring people together for the common good.

Eye, 60, said his work as an environmental advocate, prepared him for Congress. He was one of the lead attorneys for opponents of the South Lawrence Trafficway.

Barnhart, 39, said his was fighting for small farmers. He has run unsuccessfully for several elective offices in recent years.

He was an outspoken critic of Gov. Sam Brownback’s tax-cutting proposal, saying it had “a moral problem” by eliminating provisions, such as the Earned Income Tax Credit, aimed at helping the working poor. Brownback ended up signing a historic tax cut, but left the EITC alone.

And Schlingensiepen delivered petitions seeking the removal of House Speaker Mike O’Neal, R-Hutchinson, after O’Neal forwarded an email that referred to President Barack Obama and a Bible verse that said, “Let his days be few and brief.” O’Neal apologized but did not step down.

Last year, Schlingensiepen helped form a coalition to fight Brownback when the Republican governor proposed shutting down the Kansas Neurological Institute, which is a state hospital that serves those with profound disabilities. KNI remains open.