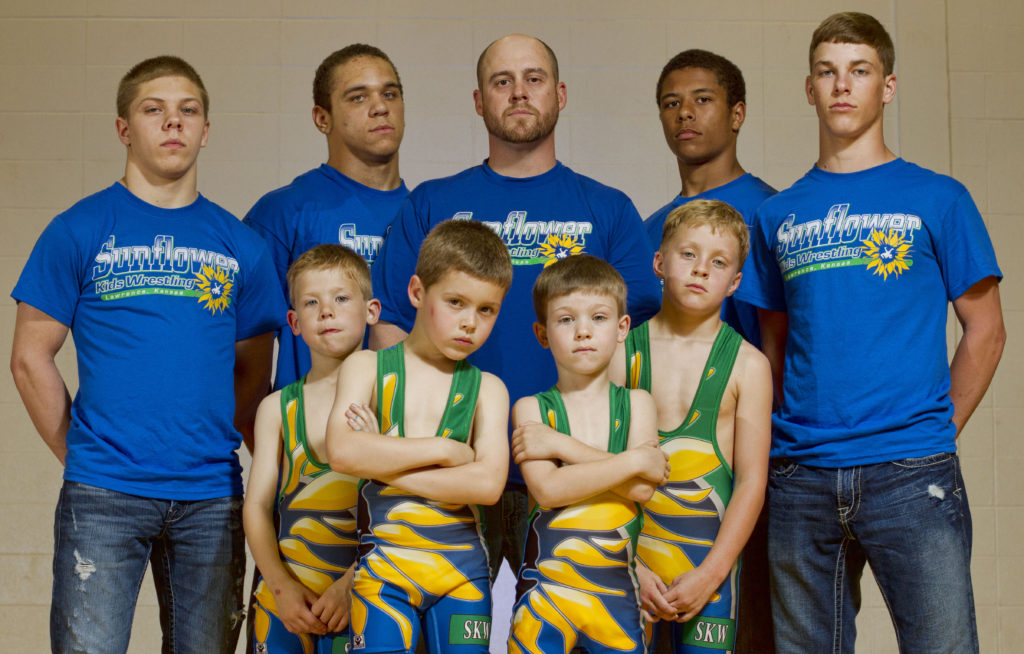 For Randy Streeter, wrestling is life.

Head coach for both the Sunflower Kids Wrestling club and South Middle School, and an assistant coach at Lawrence High, Streeter eats, drinks and breathes wrestling. He even met his wife, Melissa, through the sport he grew up loving in tiny Beaver Falls, N.Y. 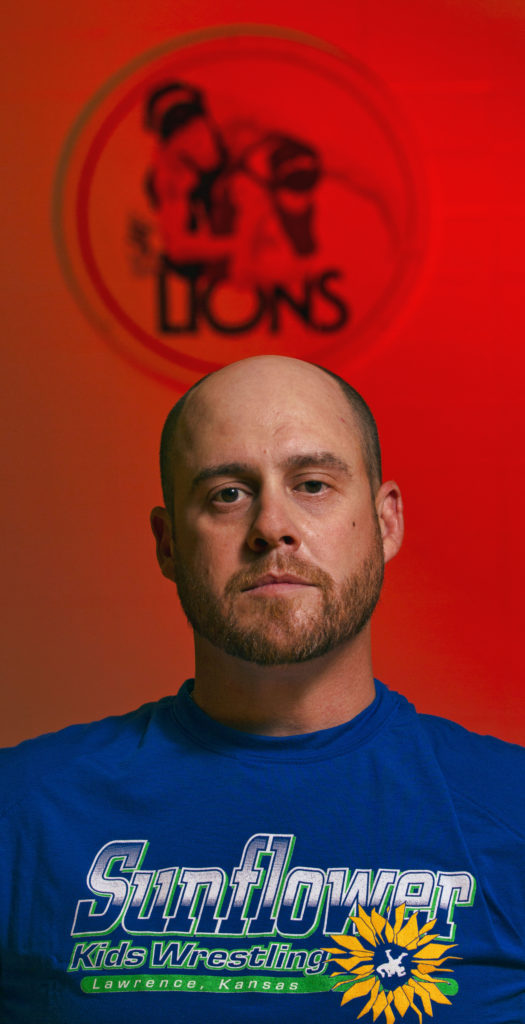 Another sport may reign supreme in Lawrence, home of Kansas University men’s basketball team, but Streeter thinks wrestling is a “hidden treasure” for young city athletes, and his passion for teaching grappling to children as young as 4 or 5 has turned Sunflower Kids Wrestling into a laboratory where future state champions are created.

Streeter helped found SKW in 2001, when a small group of parents decided they wanted something more for their children in a youth wrestling program. The founding class includes names that a decade later became the faces of LHS wrestling: Reece Wright-Conklin, Hunter Haralson, Caden Lynch, Andrew Denning and Levi Flohrschutz.

There were just a dozen or so club members in 2001, but this year SKW, Streeter’s pride and joy, had close to 50 wrestlers, and roughly 80 percent of them were in fourth grade or below.

Himself a kids club product, Streeter said starting young usually, but not always, is a key to success.

“Kids that are pretty salty and pretty successful kids when they get to high school are the kids that started when they were 5, 6, 7 years old,” he said, pointing to 2012 Class 6A state champions Wright-Conklin, who started at 4, and Haralson, who began at 5.

Though admittedly biased, Streeter described wrestling as “the single biggest opportunity for life lessons” in a young adult or child.

Not one to knock other sports, Streeter trusts wrestling to provide instruction in dedication and humility.

“It teaches you a lot about getting knocked down — that’s for sure — and getting back up,” Streeter said. “That’s what happens in the world to everybody at some point.”

Becky Clothier’s son, Alan, has won a state middle school championship with SKW. She has been around Streeter and the program since her older son, Evan, now in college, joined the team in seventh grade.

The wrestlers, Becky said, think Streeter is cool and therefore want to learn. She said Alan, who is competitive, used to act as if a loss was the end of the world.

Streeter taught him how to handle setbacks and keep improving.

Parents take note of Streeter’s approach, even from afar. Haralson wasn’t always part of SKW. He had lived and wrestled in De Soto for two years before his parents saw Streeter coaching. Haralson’s mother, Jenny Steichen, said they were so enamored that the family moved to Lawrence so Haralson could join the Sunflower team.

Like many wrestlers, Haralson has been under Streeter’s wing since.

“He’s their friend, he’s their mentor,” Steichen said, noting the coach also is a father figure to wrestlers in single-mother homes. “He’s everything to them.”

Wright-Conklin said his coach always had a way of reigning in the hyper-wandering attention of youngsters.

“Randy is really good with the little kids,” Wright-Conklin said. “He’s got a lot of patience with them.”

Highly skilled young wrestlers are a product of that capacity. Dan Lynch’s sons, Caden, 17, and Cael, 9, have learned under Streeter’s tutelage. Dan said Streeter taught Caden a move called the quarter nelson, which is almost never pulled off in youth wrestling.

But Streeter’s repetitive coaching of the move allowed Caden to execute it in a match.

Says Streeter, “I love the sport, I love kids and I love what the sport has done for me.”