University Theatre’s ‘Merrily We Roll Along’ is a fun, flirtatious take on fate

“Merrily We Roll Along,” written by George Furth and Stephen Sondheim, is one of those artistic aberrations that means something other than what it intends to mean. Sondheim said that it is about friendship. It is. And yet it is not.

Originally debuting on Broadway in 1981, the musical was ushered away after only 16 shows. It was an interesting, almost gutsy choice to bring it to Lawrence, despite being by “safe bet” Sondheim. KU’s production, directed and choreographed by John Staniunas, gives the show a Staniunas-like appeal: lively, smiley, and flirtatious.

Frank, the show’s main character, is a successful movie producer. He’s given up his friends and his morals to get where he is. He’s not at all happy about it. He asks himself: how did it come to this? 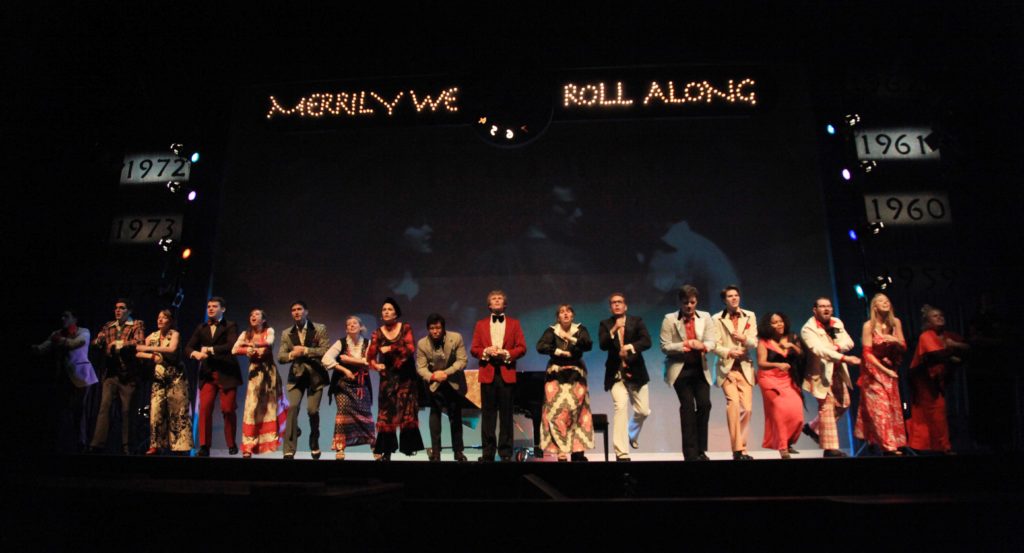 The cast of University Theatre's Merrily 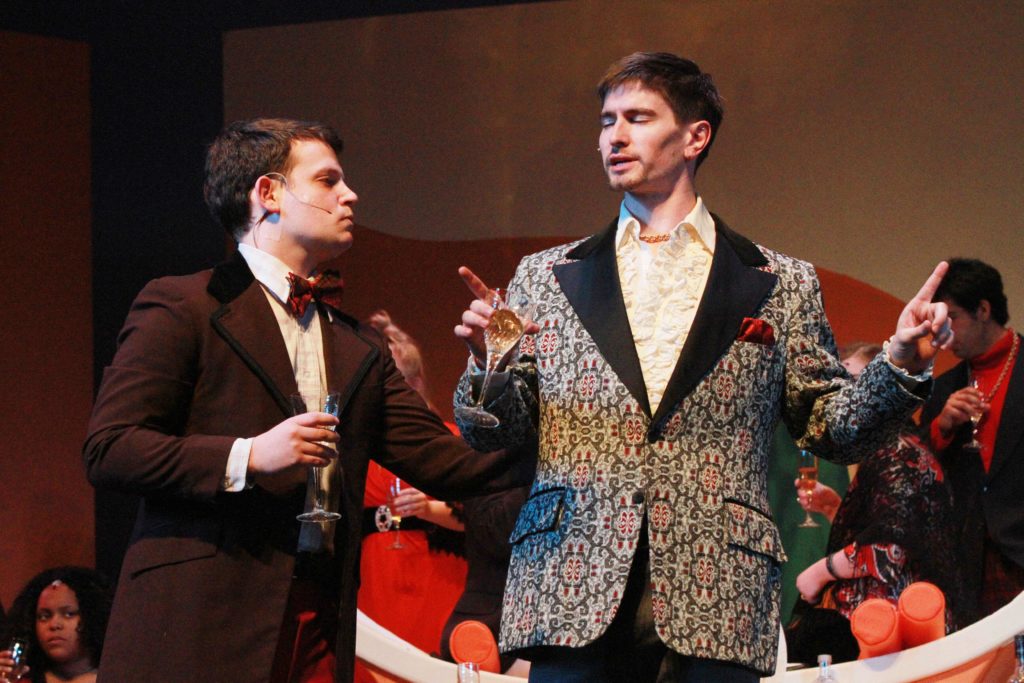 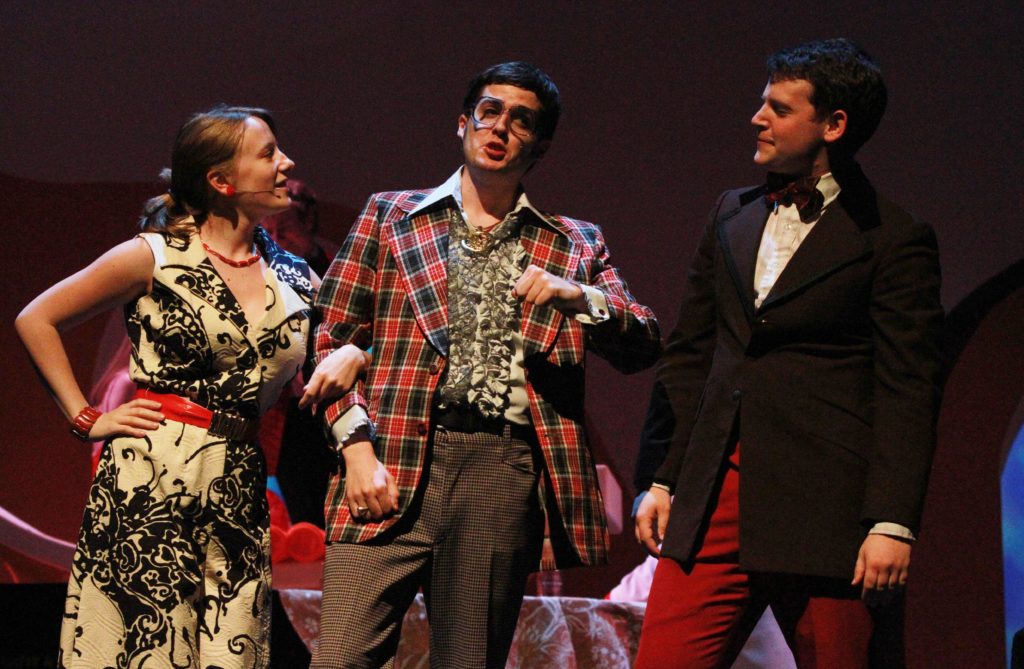 The rest of the musical, told in reverse chronological order, answers this question. Frank (Andrew Shaw) used to make musicals with Charley (Joseph Carr), and it soon becomes clear that Frank drifted away from Charley and their other friend Mary (Elaina Smith). He was lured away by money and a seductive woman, Gussie, played by Julia Geisler.

Most of the acting comes across well. A good deal of the supporting cast could have managed leading roles. Geisler and Shannon Buhler act and sing well, (despite Buhler perhaps being ill) and so does Smith, though her character at times lacks the personality exuded by others. Carr plays his character well: a funny and sarcastic wingman to Shaw.

There are dozens of costumes, and they are well executed by Cynthia Evans. The orchestra performs well and provides some clever assistance to what transpires on stage. The set, designed by Del Unruh, helps to tell the story and gives an entertaining surprise just before intermission. As is frequently a problem in Crafton-Preyer, sound and microphones are sometimes an issue, especially when microphone cues are missed.

Shaw plays an eager but spineless Frank, and his relationship with Charley must be what Sondheim was thinking of when he referred to the play’s focus on friendship. Frank and Charley have moments of innocent ambition. They have their jokes, their vows to support each other and to keep working hard. But the play’s script and lyrics are more interested with how one deals with the inexorable passage of time. The title of “Merrily We Roll Along” alludes to one’s tendency to go through life without stopping to enjoy its moments, to traverse life without realizing that every single second is an opportunity to change who you will be. It is a given that Frank is already too late; his past is retold as a history of missed opportunities: friends let down, marriages broken, artistic talent not pursued. His songs create dissonance. They are upbeat tunes with sad messages.

The result is something conflicted: a bright story, all smiles on the surface but undermined by cruel fate. “The most important moment of our lives,” says Frank to his fiancée as they stand across from each other at one point, groom and bride. The audience knows that his marriage won’t last. And then the two launch into a happy song. As Frank himself asks: how did it come to this?