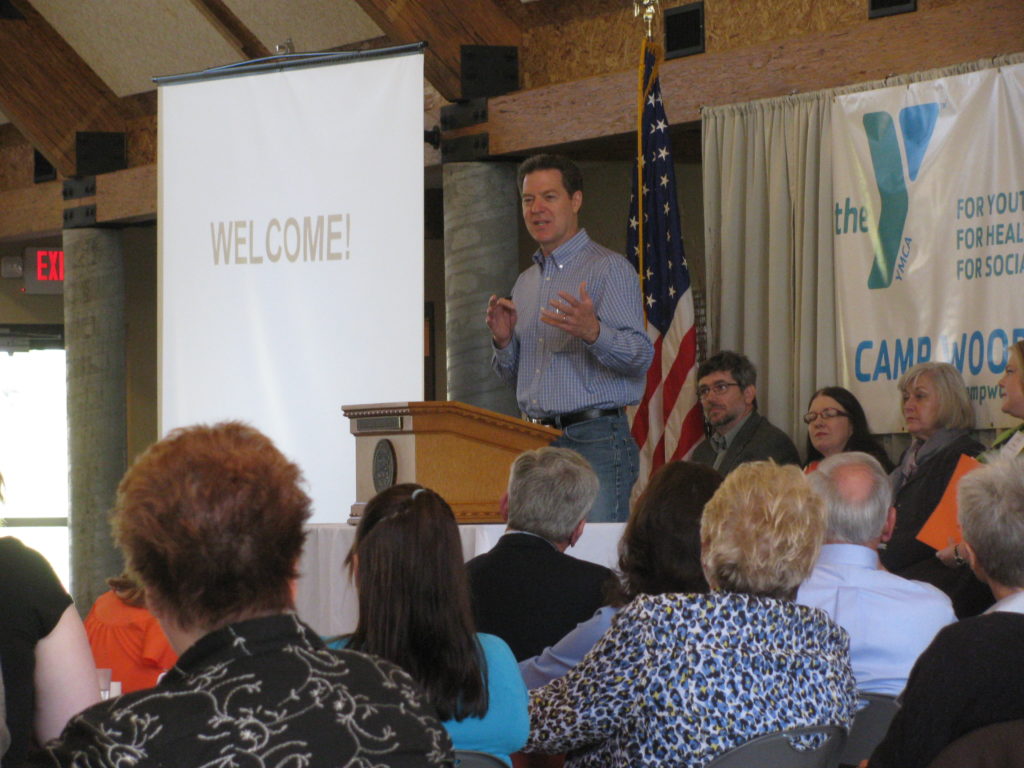 Gov. Sam Brownback speaks Tuesday during the Flint Hills Visioning Summit held at Camp Wood YMCA near Elmdale in the heart of the Flint Hills. Brownback encouraged the development of more tourism opportunities in the area. 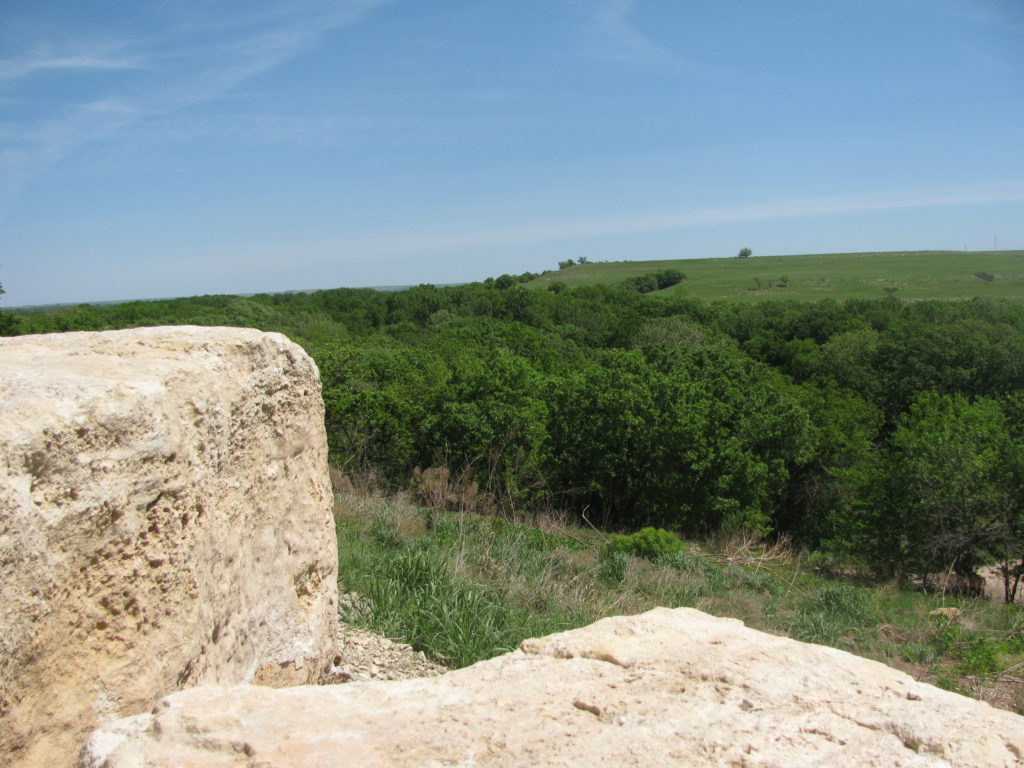 The view of the Flint Hills on Tuesday outside the Camp Wood YMCA Ritchie Lodge. At a summit on tourism in the Flint Hills, officials said they hoped the beauty and cultural heritage of the area combined with the tallgrass prairie will add up to something that people want to see and experience for themselves.

ELMDALE ? On a picture-perfect day, Gov. Sam Brownback stood in the middle of the Flint Hills and said that Kansas needs to do a better job of luring tourists to the area.

“It’s a beautiful thing that exists and is now being discovered by the rest of the world,” Brownback said Tuesday to more than 100 people who gathered at the governor’s Flint Hills Visioning Summit.

Outside the Ritchie Lodge at Camp Wood YMCA, a brilliant sun shone on a bright green rolling landscape.

“There is no better view than outside that window right now,” said state Sen. Jeff Longbine, R-Emporia. “We need to share the view with people across the United States.”

Those gathered have succeeded in making the Flint Hills a tourist destination for thousands, but they said more needs to be done.

The appeal of the hills, the last remnants of the tallgrass prairie and a cowboy culture can be the anchor to developing more hiking, bicycling and horse riding opportunities, Kansas Wildlife and Parks Secretary Robin Jennison said.

“Combine this resource with the history and heritage of the area, and we have something that is truly marketable,” Jennison said.

The Flint Hills stretch across most of eastern Kansas, from Marshall County in the north to the Kansas-Oklahoma border. It is home to the largest remaining area of tallgrass prairie.

One of the challenges in developing tourism in the region, is the lack of public access since there are few public lands in Kansas, Jennison said. He and Brownback said that will require working with private landowners to purchase easements for increased tourism opportunities.

Brownback said he hoped the summit would produce specific projects that the group could pursue.

He is holding a series of summits on key areas of the Kansas economy. Last month, the first summit was held in Wichita on the aviation industry. Future ones will deal with biosciences, the military and renewable energy.

Brownback stated the obvious — Kansas lacks beaches and mountains — but he said the authentic nature of the prairie is something that appeals to people.

Leroy Alsup, county administrator of Cowley County, said he attended the summit to find out “how we can use this asset to improve the economy in our area.”

Darla Stewart, with the El Dorado Convention and Visitors Bureau, said she was there to listen and learn. “We’ve been pleased with efforts so far,” to promote the area, she said.