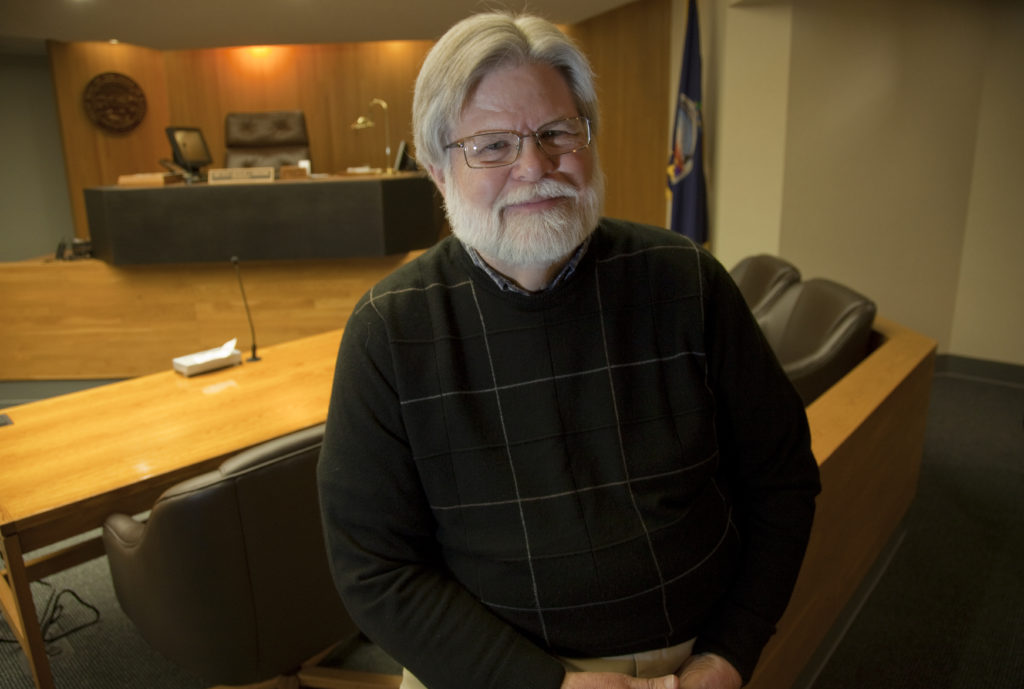 Ron Stegall, Douglas County’s longtime chief probation officer, is retiring in May. Stegall, who has also worked as a minister, plans to return to the Mediterranean nation of Cyprus with his wife to work at a church they helped establish there in the 1990s.

Ron Stegall’s two main professions in his life — as a pastor and a probation officer — might seem like a strange combination.

But, if you think about it, he says, the similarities are definitely there.

“In both ways, you are working with people, and you’re trying to help people,” said Stegall, 64, who will retire as Douglas County District Court’s chief probation officer in May.

And colleagues say Stegall does a good job of separating his religious beliefs from his job, while still using insight he gained from helping people as a minister.

“He has a good understanding of the people he supervises. He is fair with them but certainly doesn’t let them take advantage of him,” Chief District Judge Robert Fairchild said.

From 1992 to 1995, he and his wife, Kathy, who will also retire in May from a teaching job in Kansas City, Kan., were in Cyprus helping establish a church affiliated with their Lawrence Reformed Presbyterian Church, Christ Covenant Church, where Stegall had served as pastor until 1990.

“He’s such an intelligent, calming force in an office that deals with a lot of emotional issues,” District Judge Michael Malone said.

Even with his role as an administrator, Stegall has continued to work with people on probation.

“We supervise those individuals who have been clearly shown to be the most risky people in our community,” Stegall said. “Long term, the very best way to promote public safety is through offender reformation. We don’t do it for them, but what we can do is help them.”

His officers are taught to be clear with people they supervise and what’s expected from them. They’re there to help, but if someone continues disobey a judge’s orders, Stegall said, they’re not shy about getting them back to court to let a judge decide if their probation should be revoked.

“I don’t think that I’ve ever filed a probation violation on somebody who was surprised by that,” he said.

As for Stegall, he and his wife plan to return to Cyprus for about a year to help their church there.

But he is proud of the team of probation officers he will leave behind.

“Our job is to help offenders,” he said, “help change their lives.”