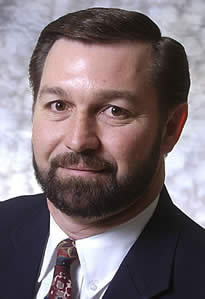 Topeka ? Under pressure from his party leaders, a Republican state legislator Tuesday apologized for saying that perhaps the state should consider using gunmen in helicopters to control illegal immigration like it does for feral swine.

But condemnation for the comments made by Rep. Virgil Peck of Tyro continued to roll in.

The largest and oldest Hispanic civil rights organization called on Peck to resign immediately from office.

“Rep. Peck’s comments about shooting immigrants and likening them to hogs are an outrageous dehumanization of hardworking Kansas residents,” said Margaret Moran, president of the League of United Latin American Citizens.

“His despicable comments set a new low in the hostile and xenophobic political attacks against American’s immigrant communities.”

“My statements yesterday were regrettable,” he said. “Please accept my apology.”

Peck’s apology was released by e-mail less than one hour after Gov. Sam Brownback, also a Republican, criticized Peck and said he should apologize.

Ashley McMillan, executive director of the Kansas Republican Party, was seen visiting with Peck in the Statehouse Tuesday.

On Monday, Peck said that he was joking but that his comment did reflect frustration with the problem of illegal immigration.

Peck made his comment during a discussion by the House Appropriations Committee on state spending for controlling feral swine.

Peck said the state might consider controlling illegal immigration the same way it uses helicopters and gunmen to shoot and kill wild pigs.

“It looks like to me that if shooting these immigrating feral hogs works maybe we have found a (solution) to our illegal immigration problem,” he said.

Asked about his comment on Monday, Peck was unapologetic. “I was just speaking like a southeast Kansas person,” he said.

That statement drew criticism from two other southeast Kansas legislators.

“With our rich coal mining history, southeast Kansas is the melting pot of our state,” said Rep. Bob Grant, D-Cherokee. “I have no intention of letting Representative Peck brand me with his own extremist views just because I live in the same region.”

Rep. Doug Gatewood, D-Columbus, said, “We want to make it absolutely clear to the people of southeast Kansas that we absolutely do not share Representative Peck’s point of view.”

House Republican leaders issued a statement saying that Peck’s “spontaneous” remark was made in jest but still inappropriate.

“His acknowledgment of his error, his apology to the public and his House colleagues, and his pledge to be more vigilant and respectful in his discourse is appreciated and accepted,” the statement said.