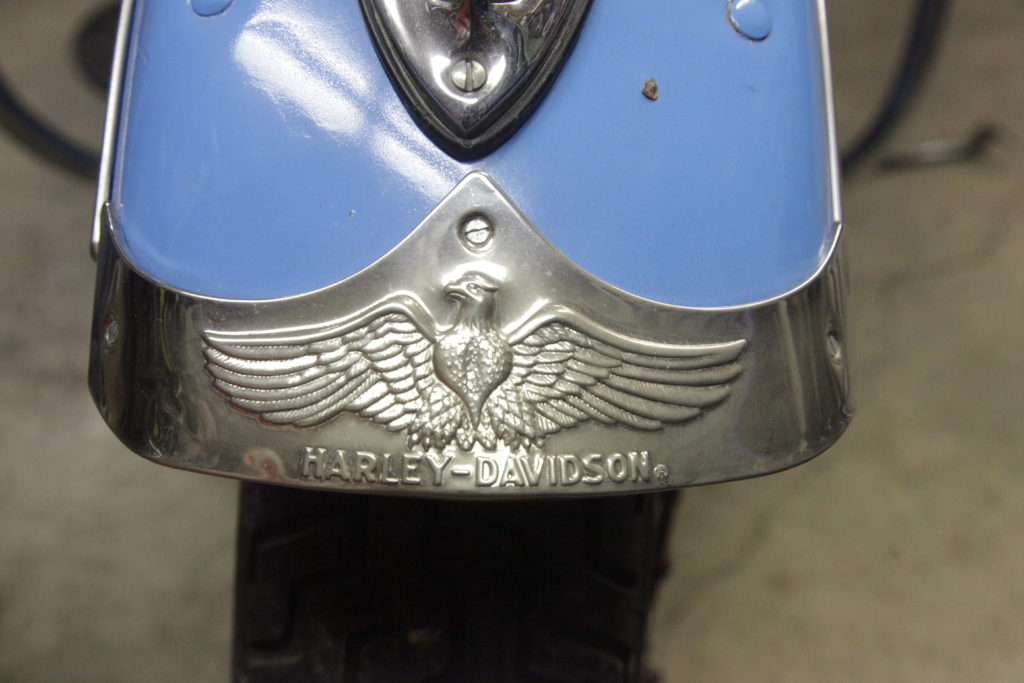 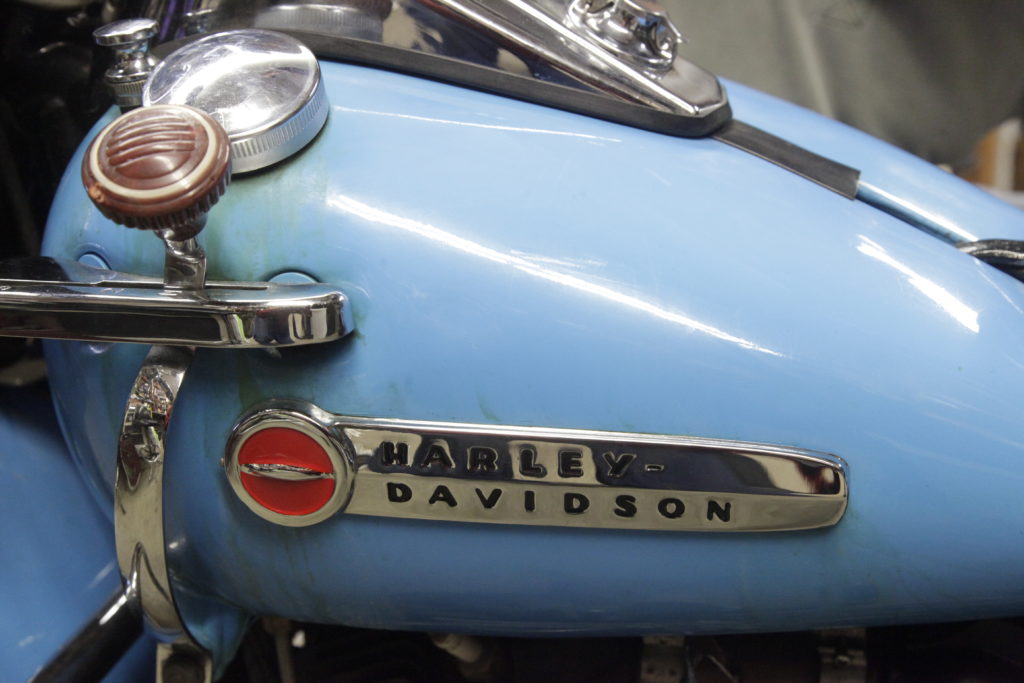 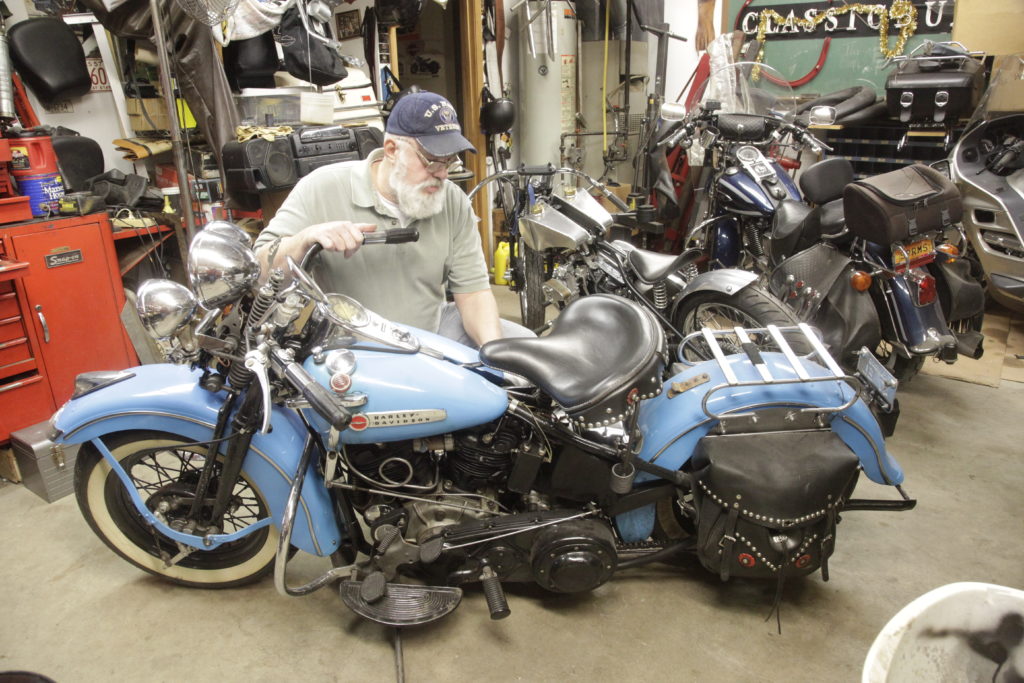 Lawrence resident Jim Sneegas works on his 1947 Harley Davidson on Tuesday, Jan. 18, 2011. Sneegas plans to display his bike at the 2011 Bike Show and Swapmeet at the Douglas County Fairgrounds on Feb. 6, 2011.

Lawrence resident Jim Sneegas is still deciding which one of his old motorcycles he will put in the 2011 Bike Show and Swapmeet on Feb. 6.

He has plenty of options.

The Lawrence man, who is the newsletter editor for the Santa Fe Trail Chapter of the Antique Motorcycle Club, expects owners from Kansas, Missouri, Oklahoma and Nebraska of dozens of antique motorcycles to bring their bikes to the Douglas County 4-H Fairgrounds later this month for the event, which is open to the public.

“It’s just entertainment. You get to see the motorcycles that people have stashed away for years and years,” Sneegas said.

All motorcycles entered must be 25 years old or older.

Attendees can vote to select the best bike in each of six motorcycle classes: American, Asian, European, British, competition and other. A “Best of Show” trophy will be given to the winner, and door prizes will be offered.

The entry fee is $10 per bike, but motorcycle collectors are required to pay the fees only on their first two bikes they enter.

The chapter raises funds to provide assistance to area charities, Sneegas said. Any vendors who want to attend the event can contact Sneegas before Jan. 25 a 785-842-4314 or e-mail him at hdsneegas@sunflower.com. Motorcycle collectors who want to enter can show up at the fairgrounds that morning before 9 a.m.