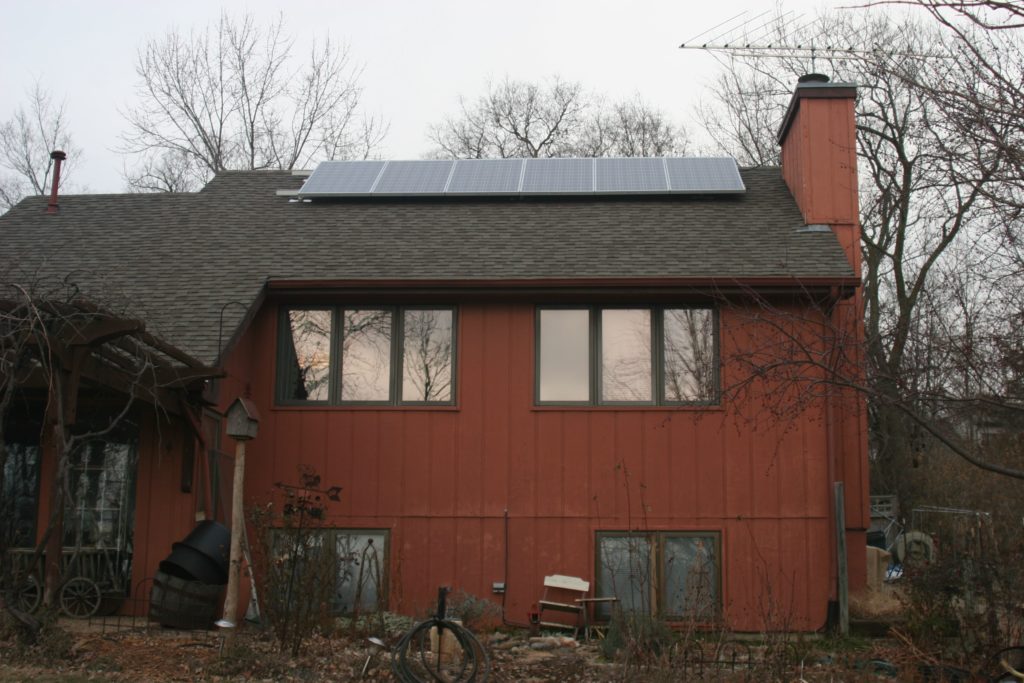 Chris Claterbos has six solar panels on his roof now, but he plans to add more. When he built his home more than 20 years ago, he planned for the eventual installation of solar panels. 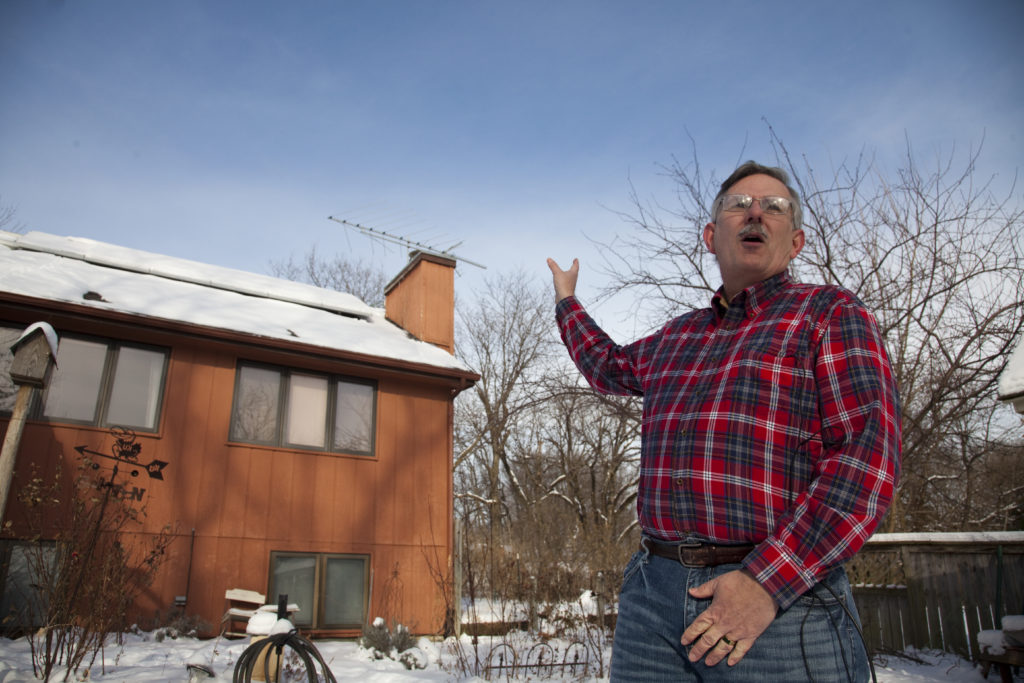 Chris Claterbos added solar panels last month to his Lawrence home after waiting nearly 24 years. The panels also have the latest solar technology. Recently covered by snow, the panels’ energy output last week was small, but will increase when they can process more sunlight.

With the 1970s energy crisis still fresh on his mind, Chris Claterbos built his Lawrence home with the intent to one day generate solar electricity.

“It just took a little longer than I thought,” the Lawrence resident said.

Spurred by more efficient solar technology, a drop in the price of solar panels and a 30 percent federal tax rebate, Claterbos put six solar panels on his roof this winter.

“Now I can afford it,” Claterbos said.

An added incentive was the state’s recently passed net metering law, which requires utility companies to pay homeowners for unused energy that goes back into the electric system.

Claterbos is among the growing number of homeowners who have decided that the time has come for solar energy.

For the past several years, solar energy has been growing at a rate of 45 to 50 percent, said Seth Masia, deputy editor of Solar Today, a magazine published by the nonprofit advocacy organization American Solar Energy Society.

But in 2010, the number jumped by 115 percent, largely because of the federal tax rebate and falling cost of solar panels.

“It is just booming,” Masia said.

Kevin Good of Good Energy Solutions said that locally he has seen a steady rise in people ready to take the plunge toward solar energy.

In the case of Claterbos, the six panels, which at maximum capacity generate 225 watts each, costs a total of $8,000 to install. That number doesn’t include the 30 percent tax rebate he will receive.

Covered in the several inches of snow Lawrence received recently, the panels were generating just enough electricity to power two compact fluorescent lights. Soon, however, Claterbos predicts the panels will be able to cover 20 to 30 percent of his electrical demand.

From the savings on his electric bill, Claterbos expects to have the solar panel system paid off within seven and a half years.

With a house designed for solar energy, Claterbos was a good candidate because he had taken steps to make his home as energy efficient as possible.

“You bring down your energy loads first. Then you do renewables,” Good said.

Claterbos used a relatively new technology for his solar panels known as microinverters, which convert DC power to AC power for each panel.

In the more traditional solar panel system, the DC to AC power conversion occurs in a big box on the side of the building that connects the entire system. In this system, the amount of energy a series of solar panels generates is restricted to the panel that is collecting the least amount energy. So, if just one panel is in the shade or not working properly, the entire series loses its maximum potential for generating electricity.

With microinverter technology, each panel generates its own level of energy.

Because panels can be added one or two at a time, they are convenient for homeowners who want to increase capacity as they can afford it, Masia said.

For Claterbos, it was crucial to start using solar energy. Soon, he intends to install 12 to 14 more panels, which he thinks will cover all of his electrical demand minus the air conditioning.

“My goal, I’m going to retire not too far from now, and I don’t want to have an electric bill. Period,” he said.