After dazzling visitors to KU campus for two years, sculpture surrounding tree cut down on Friday 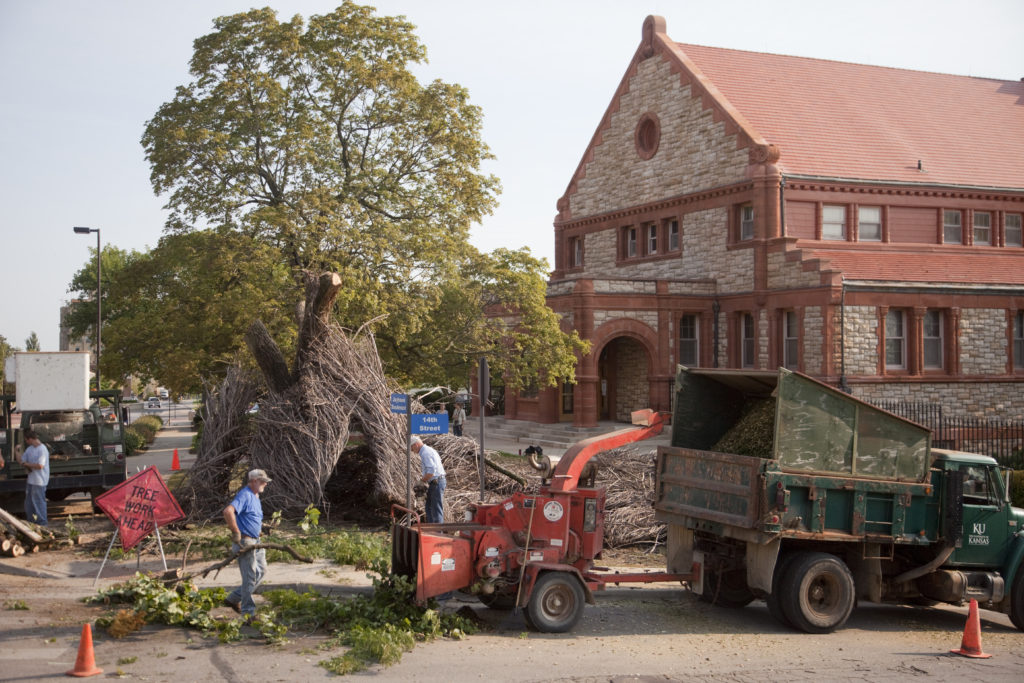 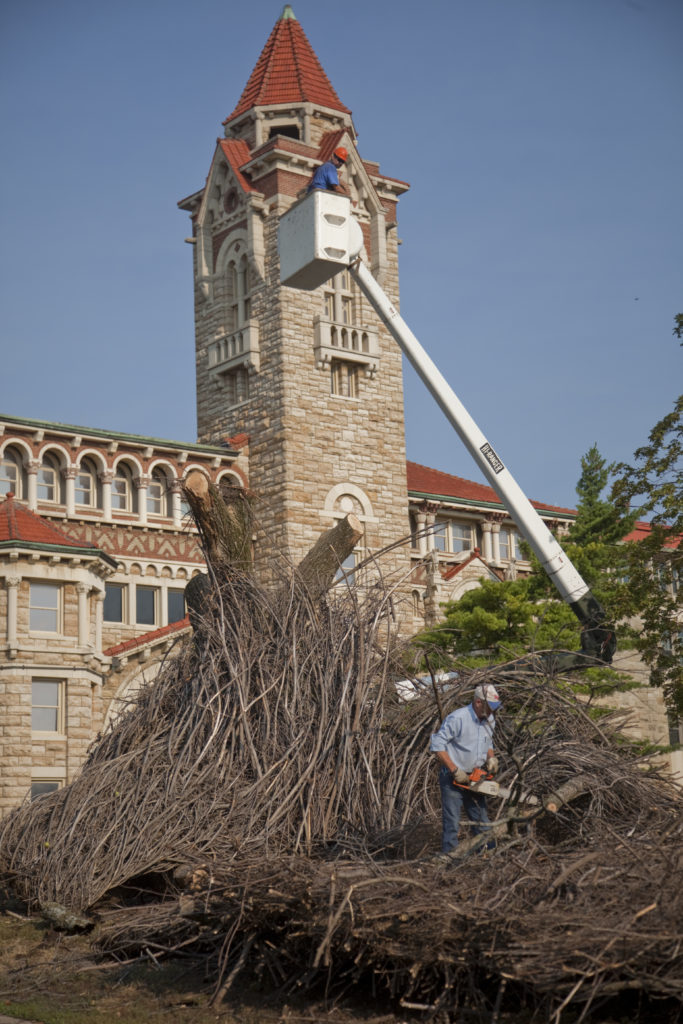 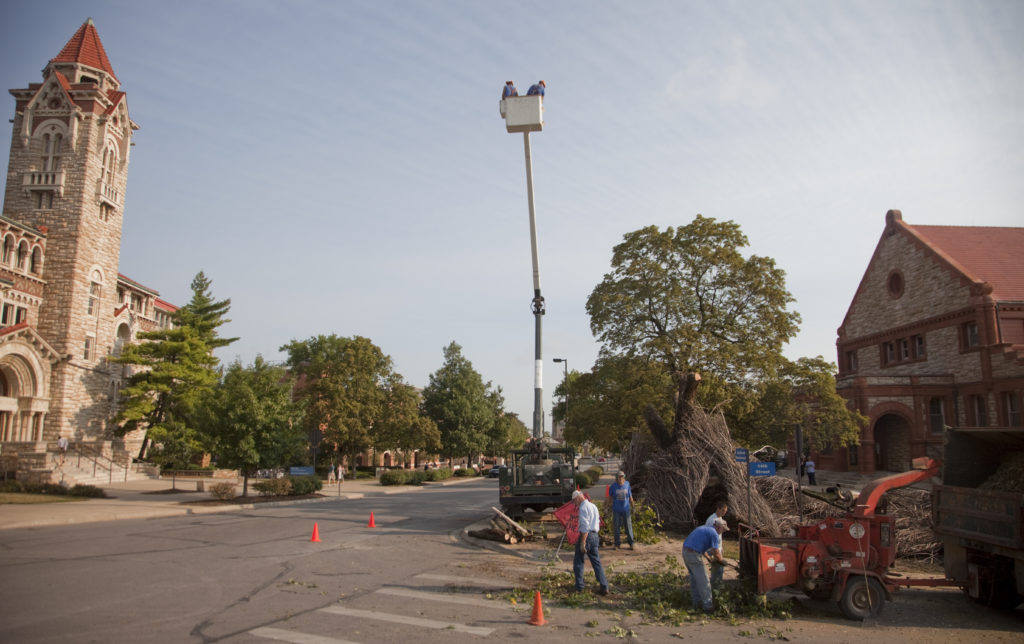 Kansas University crews spent Friday afternoon chopping up a tangled web of sticks and the tree they surrounded to create a beloved piece of art near KU’s Spooner Hall called “The Bedazzler.”

That’s OK, though, said Saralyn Reece Hardy, director of KU’s Helen Foresman Spencer Museum of Art. This was the plan all along.

Artist Patrick Dougherty created the sculpture around a dying tree in 2009 as part of an exhibition called “Trees & Other Ramifications: Branches in Nature & Culture.” This project actually stood longer than most of Dougherty’s works, which are designed to be temporary, Hardy said.

“He wishes his work to be seen as a natural process and doesn’t ever want it to be seen as permanent,” she said. “He has felt that part of the beauty of the work is in its transience.”

“NOOOOOOOOOOO !!!!!!!” wrote Lawrence resident Nick Schmiedeler on the Spencer Museum of Art’s Facebook page, after a post showed photos of the work being taken down.

During its life, the sculpture was home to picnics, classes and even a few wedding proposals, Hardy said.

The museum was in contact with the artist throughout the sculpture’s life, she said, and she said she was glad that the sculpture could remain up for KU’s new student orientation this year so as many people could view it as possible.

Hardy said this likely won’t be the last work of art that graces the university’s campus on a temporary basis.

“There will be more,” she said.