Left for dead by MTV, music videos rebound on the Web

New York ? It wasn’t long ago that the music video was on life support. 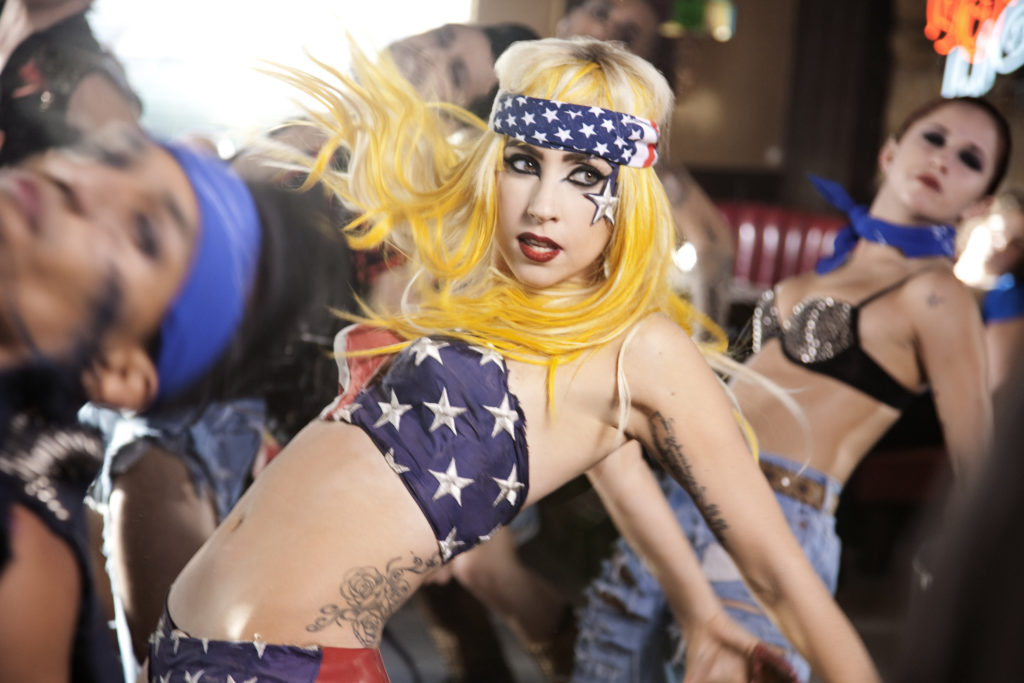 In this publicity image released by Interscope Records, Lady Gaga is shown during the filming of her music video for “Telephone.”

MTV — which will hold its 27th annual Video Music Awards today — phased out videos in favor of reality programming and other shows that attracted better ratings. At the same time, the music industry was collapsing and slashed budgets no longer had room for elaborate clips.

But recently, the music video has had a revival. Watching music videos has become a central aspect of Internet usage. Music blogs and social media have greased the channels, facilitating the quick, easy spreading of videos, especially those with arresting or controversial visuals. People even buy clips on iTunes.

Lady Gaga and Beyonce go on a scantily clad murderous rampage with the nearly 10-minute “Telephone”; MGMT wanders through the desert with a digitally created creature in “Congratulations”; Erykah Badu strips while strolling the path of President John Kennedy’s assassination in “Window Seat”; MIA depicts a war on terror against redheads in “Born Free.”

All of these videos exploded on the Internet and became water-cooler moments. Cee Lo’s recent and unprintable hit (titled “Forget You” for radio) went viral with a video of only its lyrics. And Beyonce’s “Single Ladies (Put A Ring On It)” became so iconic it spawned countless imitators and even had then President-elect Barack Obama imitating the hand choreography.

“We’re entering another golden era for music videos,” says Saul Austerlitz, the author of “Money for Nothing: A History of the Music Video from the Beatles to the White Stripes.”

“They’ve become part of the cultural discourse again in a way that’s reminiscent of the heyday of the music video, from the early ’80s to the mid ’90s.”

Today’s audiences can be enormous. Shakira, who last year debuted a music video on Facebook, was “blown away” when her video for the official song of the World Cup, “Waka Waka (This One’s for Africa)” — a colorful mix of dancing and soccer star cameos — was nearing 100 million views on YouTube.

“It can take on a life of its own online,” says Shakira. “And it inspires us artists to be even more creative. With access to so many videos, we need to challenge ourselves to surprise our fans.”

The video, which was distributed by the music video and live music website Vevo, has gone on to be watched by more than 173 million people, good enough for the fourth most-viewed video ever on YouTube.

In fact, four of the five most-viewed clips on YouTube are music videos released in the last year. (Justin Bieber and Lady Gaga top the charts.) Though that’s partly because Vevo (which shares a small percentage of advertising revenue with YouTube) tabulates view counts across platforms, it’s still a striking example of the music video’s dramatic comeback. It’s a long way beyond the novelty videos of OK Go that followed YouTube’s debut in 2005.

“If it wasn’t for YouTube, the online video space would not be where it is today,” says David Kohl, executive vice president of sales and customer operations at the Sony and Universal co-owned Vevo.