A very big bet on the U.S. economy is about to be made, and one of the leading economists in the country fears federal leaders are set to bet wrong, a Kansas University crowd was told Monday. 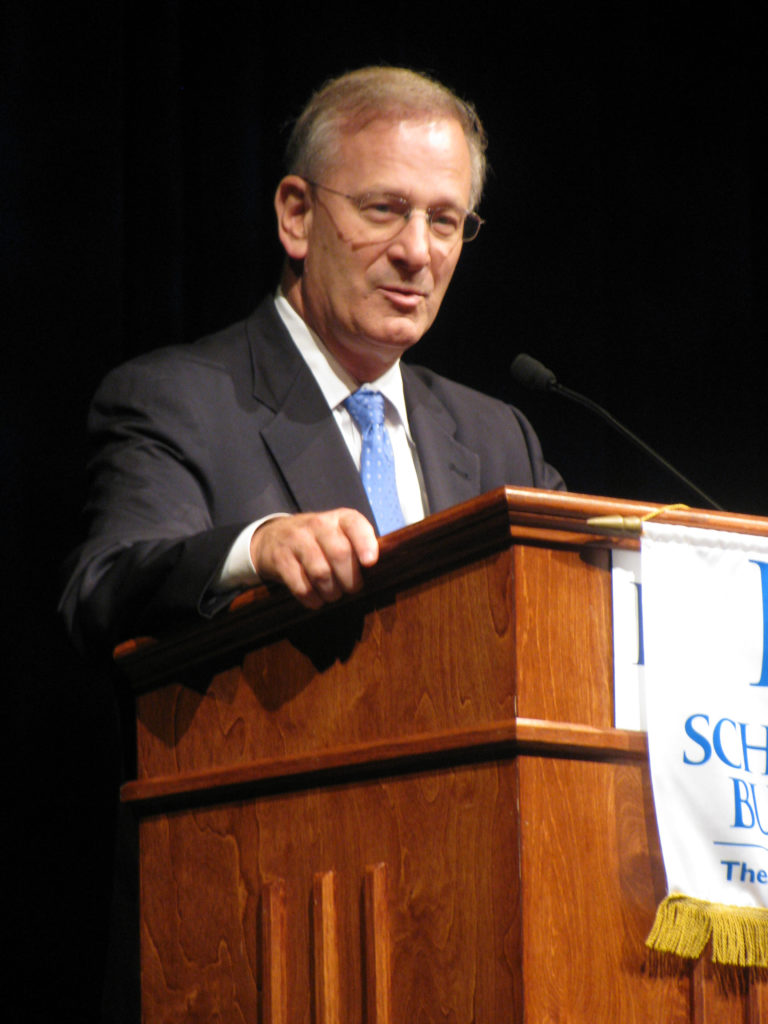 Thomas Hoenig, president and CEO of the Federal Reserve Bank of Kansas City, invoked memories of the 1980s inflation crisis and warned that the country could face another major downturn if federal policymakers become too impatient with high levels of unemployment.

“There are no shortcuts,” said Hoenig, who spoke as part of the KU Business School’s Chandler Lecture Series. “You can’t go through this horrendous crisis, this horrendous recession and suddenly think the next day things are back to normal.”

Hoenig has emerged as the country’s leading critic of Federal Reserve Chairman Ben Bernanke’s discussion to stimulate the economy by purchasing more U.S. Treasury bonds and making it cheap for banks to lend money. The policy is expected to be discussed at the Fed’s next meeting on Nov. 2-3.

Hoenig, who serves on the 10-member Federal Open Markets Committee with Bernanke, called the policy a “very dangerous gamble.” He said the actions now under consideration cause him to recall the aggressive actions taken by the Federal Reserve in the 1970s to push down interest rates and unemployment levels. Hoenig argues those actions led to the high levels of inflation in the 1980s that produced a damaging recession.

Hoenig is urging fellow policymakers at the Fed to slightly raise interest rates before inflation gains momentum. But thus far Hoenig has been the only Fed leader to take that position. The majority of Fed leaders argue that raising interest rates even slightly could choke off the fragile recovery and the economy could fall into a dangerous period of deflation.

A large Lied Center crowd, estimated by KU leaders at 1,500 people, tried to make sense of it. Stu Entz, a Topeka attorney, said he’s uncertain which side has the correct answer.

“I appreciate his perspective and that we have to think long-term,” Entz said. “But there’s no question that we have to find an answer soon or we’ll never return to the economic machine that we should be.”