Former dairy farm gets new lease on life through KU 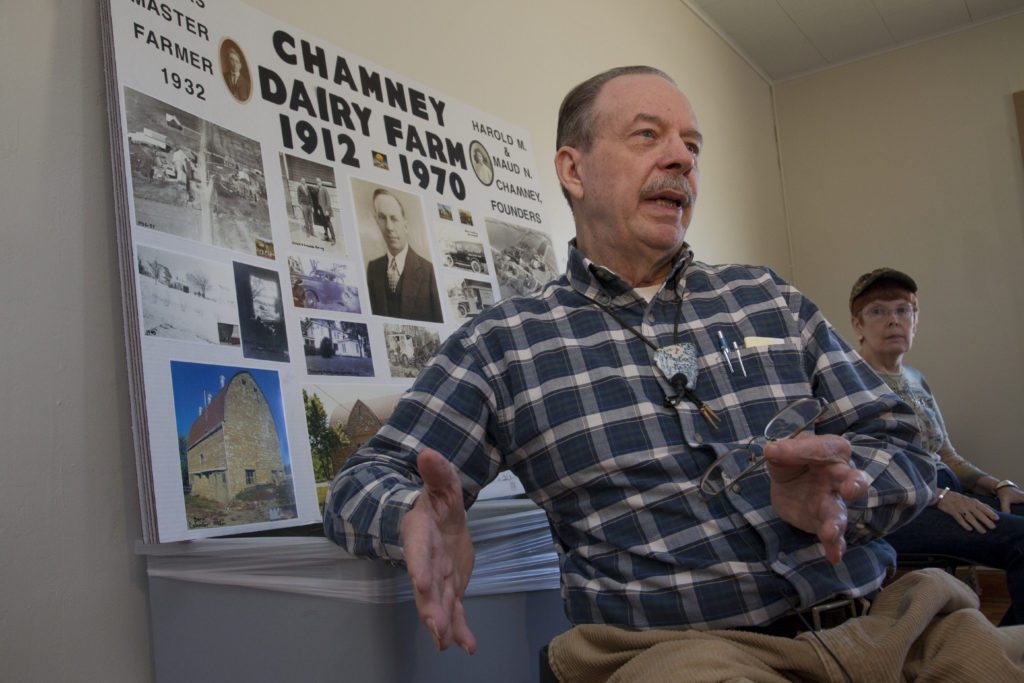 Cliff Chamney talks about what his life was like when he was younger and working on his grandfather’s farm, Chamney Dairy Farm. On Friday, family members came together for a reunion at the old farmstead, which was acquired by KU Endowment in 1963.

When Cliff Chamney came into town from the country, he’d walk right into people’s homes and go right for the icebox. 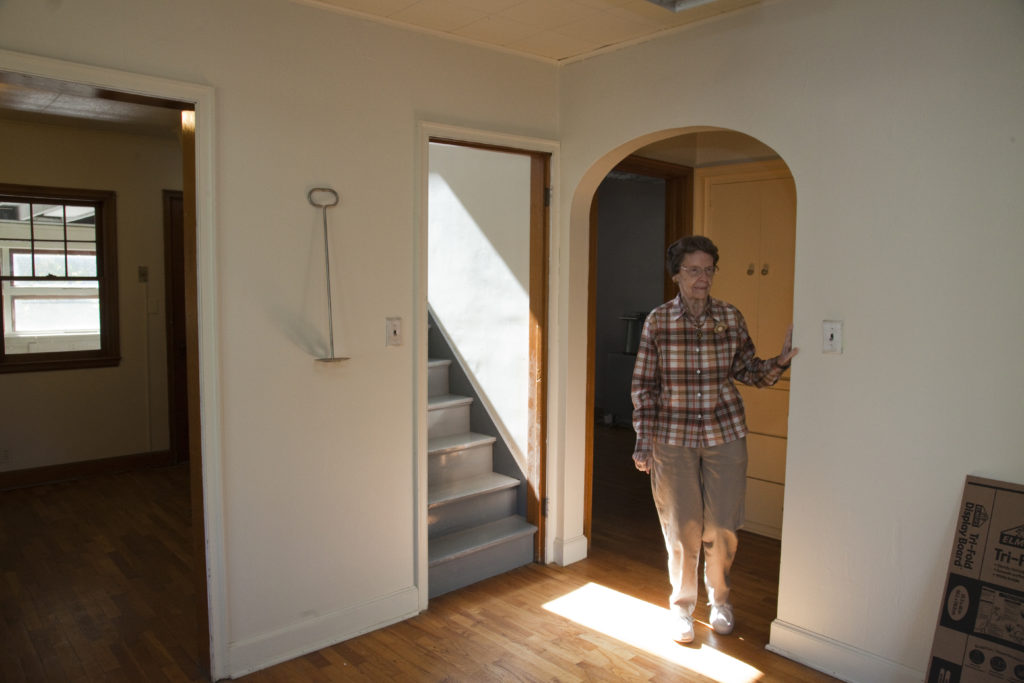 Marie Chamney Wood stands in what was once her brother’s family dinning room. The house stands on ground that was part of the Chamney Dairy Farm complex. On Friday, family members came together for a reunion at the old dairy farmstead, which was acquired by the Kansas University Endowment in 1963. 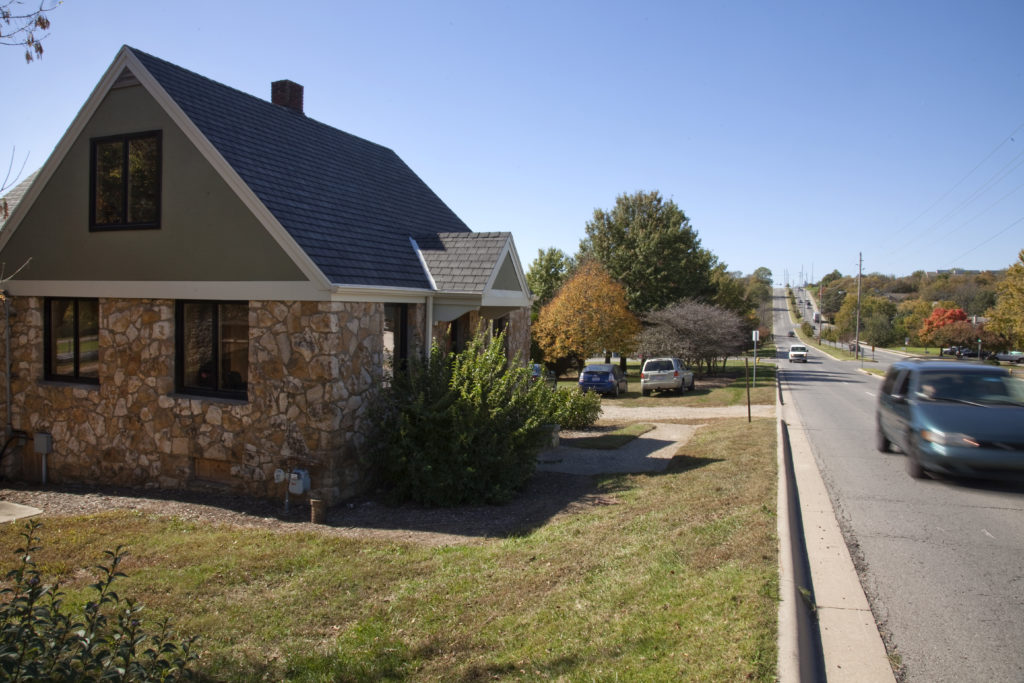 The homeowners didn’t mind. After all, he was delivering farm-fresh milk, and this was the late 1940s.

Chamney’s grandfather, Harold, started Chamney Dairy Farm in 1912 on land about a mile west of Kansas University’s campus, now 2445 W. Bob Billings Parkway. It was one of the largest dairies in town and had 10 buildings devoted to the farm.

But by 1970, the family had moved on from the dairy business, partially pushed out by a new four-lane road to help get KU basketball fans to and from games.

Now, buildings from the dairy farm are getting a new life as the Center for Design Research. Money from KU Endowment paid for renovations to exteriors, including the iconic steel-roofed barn. The renovations mean the family has buildings to connect its past to, something Mary Darner, great-granddaughter of the founder, said was refreshing.

“It just makes all the memories come alive,” she said. “It feels really good to us to see the university using the buildings.”

The Chamney farm was out in the county, and the children and grandchildren attended elementary school at the red barn building at 23rd and Iowa streets.

“It was a real culture shock going to junior high school downtown,” Cliff Chamney said. “All of my classmates knew more about everything than me except farming.”

The dairy was a family operation, delivering milk to 300 customers’ homes, including professors and two small groceries.

“We would ride the horse to bring the cows back into the pasture for milking,” she said.

The farm was one of the most innovative in the state, and in 1933 Harold Chamney was honored as one of 10 master farmers in the state. It was the first dairy with a silo built into the ground, terraced farming practices and milking parlor. The parlor allowed visitors to the farm to watch the milking process through a glass window, and advertising from the era boasted cleanliness because only three cows were milked at once.

By 1963, the dairy had slowed down, and KU purchased more than 130 acres from the family. The farm shut down in 1970 when the city wanted to build the road.

Greg Thomas from the School of Architecture, Design and Planning is the driving force behind revitalizing the buildings and bringing innovation to the space. Money came for the renovations in 2008, and since then they’ve replaced the roofs of the three remaining buildings, done masonry work on the stone, replaced windows and finished exterior work.

Inside the buildings there is already a ceramics studio, and Thomas has plans to build a theater on the upper story of the barn and a studio down below with corporate funding. The house will become the Center for Design Research, which until the renovations had only been an abstract idea.

“To be able to have Endowment say we will spend this amount of money to refurbish it, we’re finally having someone give us a blessing to go forward,” Thomas said.

The center will provide a location for interdisciplinary work between multiple schools, including engineering and business. Thomas said it will be a sort of “United Nations” for the different schools to produce work.

“Chamney was an innovator in the industry, and I think that’s very appropriate for what we plan to do with it,” he said.