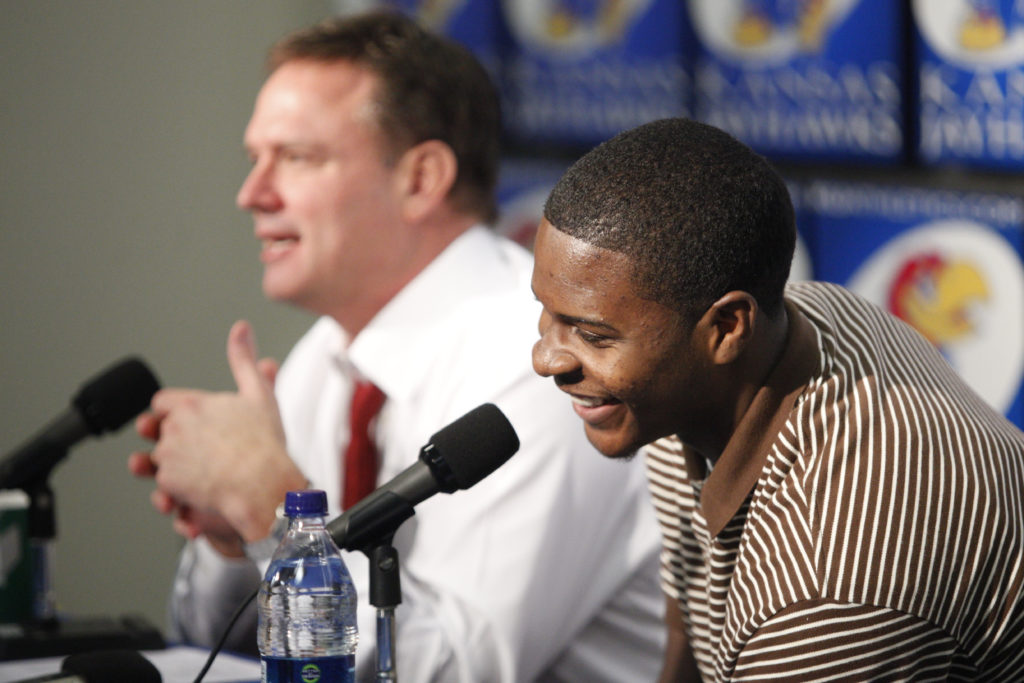 Kansas freshman guard Josh Selby laughs with head coach Bill Self during a news conference announcing that Selby will be released to play following a nine-game suspension. Selby's first game will be Saturday against USC. 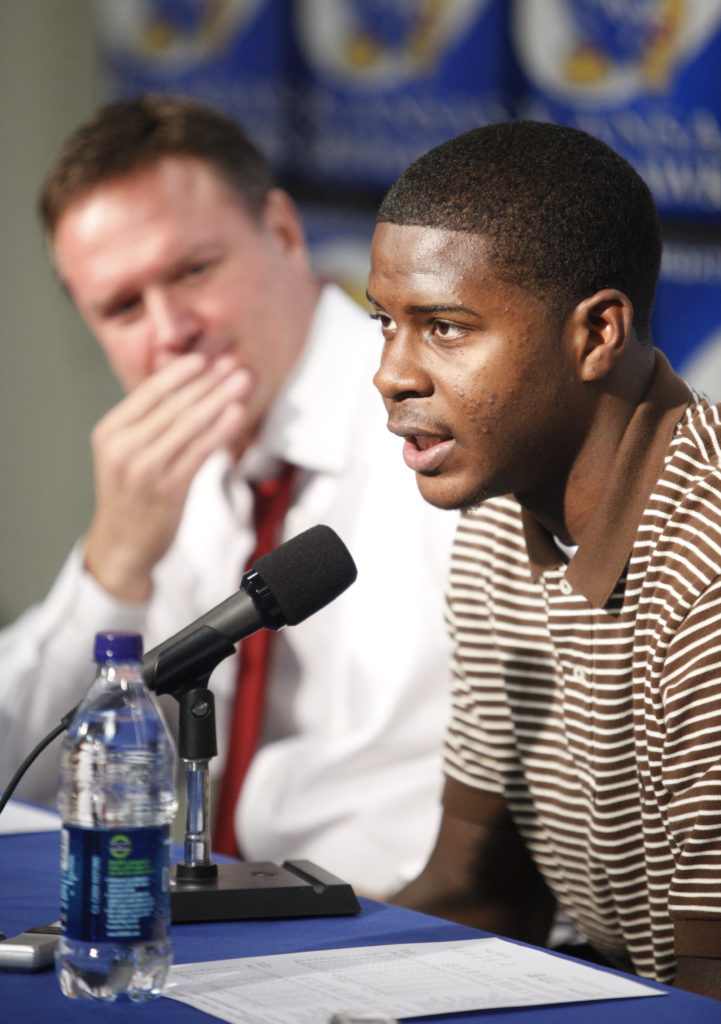 Kansas freshman guard Josh Selby talks with media members along side head coach Bill Self during a news conference announcing that Selby will be released to play following a nine-game suspension.

The NCAA released the following statement regarding Josh Selby on Friday night:

The NCAA student-athlete reinstatement staff has ruled University of Kansas men’s basketball student-athlete Josh Selby must sit out nine regular season games and repay $5,757.58 in impermissible benefits to the charity of his choice.

The university declared the student-athlete ineligible when it found Selby and his family accepted impermissible benefits prior to him signing an athletic aid agreement to play basketball for Kansas. The university can appeal the decision to the Division I Student-Athlete Reinstatement Committee.

“Our members have made it clear that student-athletes who receive impermissible benefits must be held accountable,” stated Kevin Lennon, vice president for academic and membership affairs.

The reinstatement committee is the final appeal opportunity in the initial-eligibility process. It is an independent panel comprised of representatives from NCAA member colleges, universities and athletic conferences.

Impermissible benefits are those benefits provided to an individual based on their status as an athlete, unless other NCAA rules permit the benefit in question.

The reinstatement staff considers a number of factors when deciding each case. These include the nature and seriousness of the violation; any impermissible benefits received; the student-athlete’s level of responsibility; any mitigating factors presented by the university; applicable NCAA guidelines; and any relevant case precedent.

“This process had several moving parts, the first one being academics,” said KU Interim Athletics Director Sean Lester. “Once that was addressed we and the NCAA moved to the eligibility aspect. We knew it would take time, and we appreciate our partnership with the NCAA and our constant communication during this process.”

Selby will make his debut against Southern Cal on Dec. 18.

“Even though I’m disappointed I have to miss nine games, I’m happy that I know when I can be on the court with my teammates,” Selby said in a release. “I’m looking forward to helping my team win another conference championship.”

“It is fair and certainly understandable,” Self said. “He is kind of a victim of circumstance, to be quite honest. We do have rules, and it’s pretty clear how the rules read, but if you’re a 17-year-old out there and nobody tells you these things, you could easily get caught up in the same thing. Hopefully, he can be an example for other youngsters out there moving forward.

“He’s disappointed that it’s that many games, but he’s excited to know that he will be in a Kansas uniform before too long.”