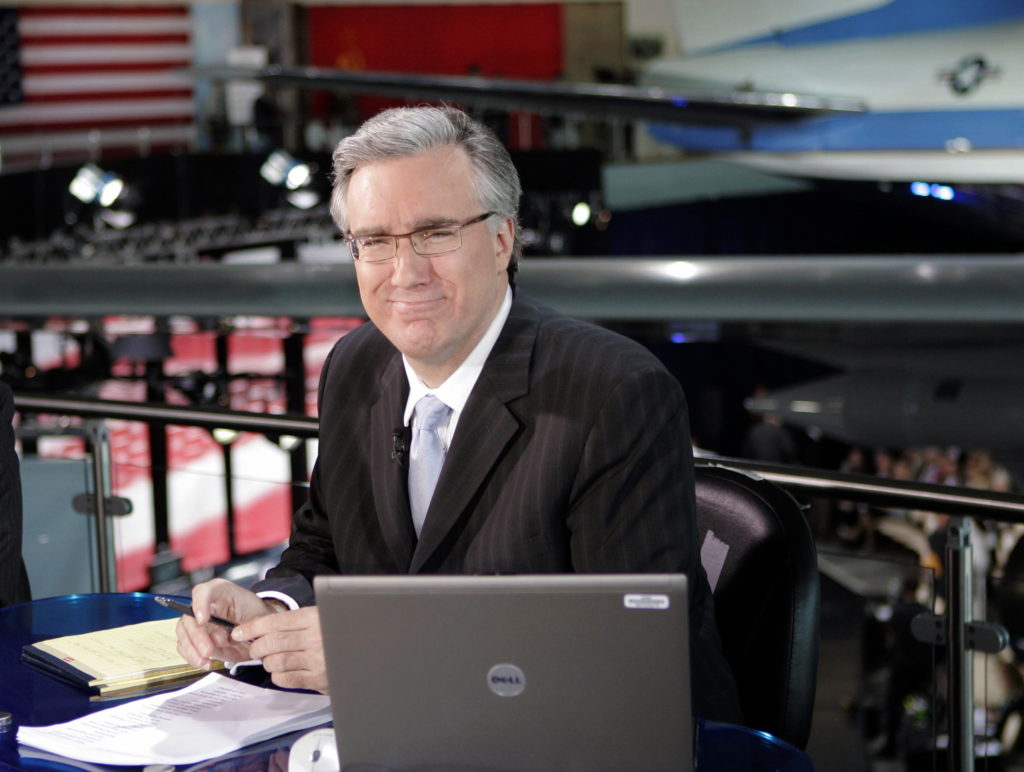 Keith Olbermann of MSNBC poses May 3, 2007, at the Ronald Reagan Library in Simi Valley, Calif. MSNBC has suspended Olbermann indefinitely without pay for contributing to the campaigns of three Democratic candidates this election season.

Olbermann acknowledged to NBC that he donated $2,400 apiece to the campaigns of Kentucky Senate candidate Jack Conway and Arizona Reps. Raul Grivalva and Gabrielle Giffords.

NBC News prohibits its employees from working on, or donating to, political campaigns unless a special exception is granted by the news division president — effectively a ban. Olbermann’s bosses did not find out about the donations until after they were made. The website Politico first reported the donations.

His “Countdown” show, which airs at 7 p.m., is MSNBC’s most popular program. His on-the-air transformation from the host of a straight news program to a liberal commentator led the network itself to go in the same direction, filling its prime-time lineup with left-leaning hosts and doing better in the ratings than anytime since its 1996 launch.

The rise in opinionated cable news programming has called into question whether the traditional rules of news organizations to preserve the appearance of impartiality should apply to people who have their jobs in part because of a clear point of view.

Sean Hannity, a conservative radio talk show host with a popular hour on Fox News Channel each weeknight, donated $2,400 to the congressional campaign of New York Republican John Gomez in May. In August, he donated $5,000 to Michelepac, or Many Individual Conservatives Helping Elect Leaders Everywhere, according to the Federal Election Commission. The PAC is associated with Minnesota Republican Rep. Michele Bachmann.

Fox’s Bill Shine, senior vice president of programming, told the Twin Cities Pioneer Press after the Bachmann donation that “it’s always good to remember that he’s not a journalist; he’s a conservative TV host. If he wants to donate to a candidate, he certainly can.”