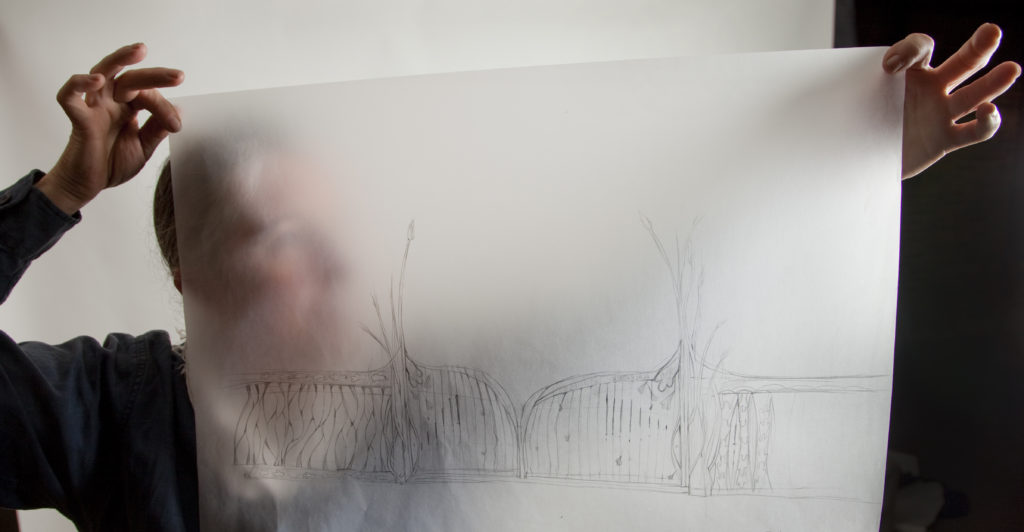 Lawrence blacksmith Kate Dinneen displays a drawing by Van Go artist Tandy Myers for a proposed gate to commemorate the Battle of Black Jack. A group of artists created several renditions of the gate and some of the ideas will be incorporated into a final design. 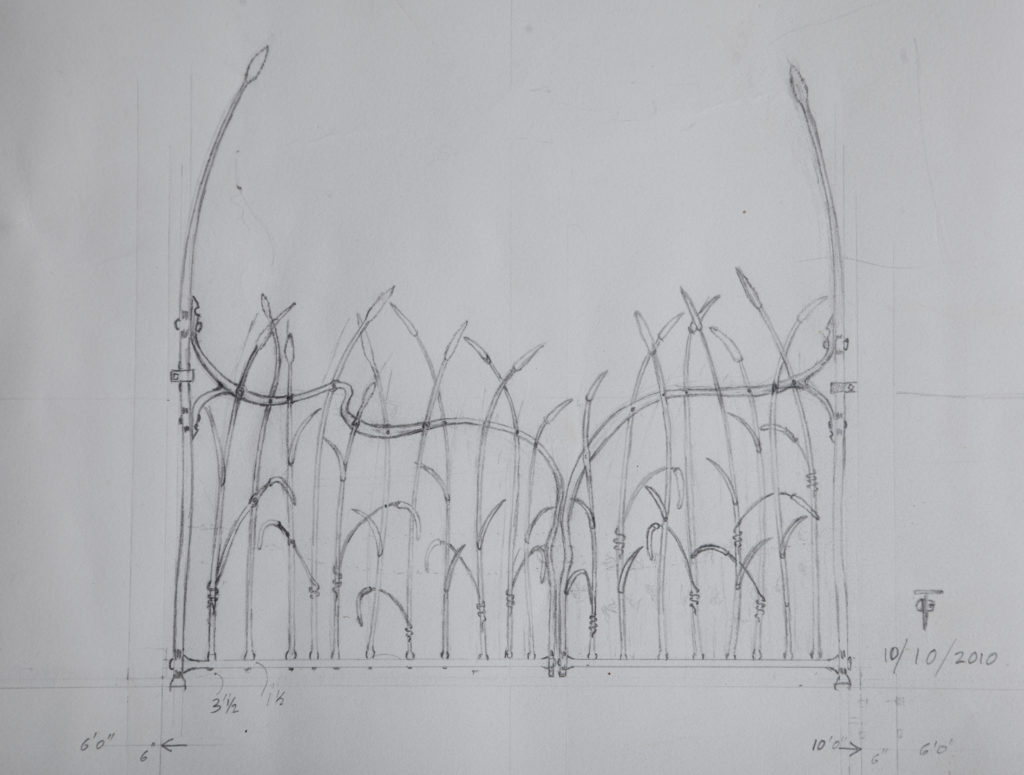 Here is a version of what the final design could look like for a gate to commemorate the Battle of Black Jack. Several artist's ideas were incorporated into the design.

When 18-year-old Miquel Brown was asked to draw his ideas for a commemorative gate at the Battle of Black Jack historic site, he picked up his pencil and created something entirely different: a rap song.

“I had to get a picture in my head,” Brown said of a rap that covered John Brown, Bleeding Kansas and, of course, the Battle of Black Jack.

Such were the creative forces among a group of more than a dozen artists who came together last month to design a gate to welcome visitors to the historic battlefield just east of Baldwin City. It’s the site where in 1856 abolitionist John Brown faced off against pro-slavery sympathizer Henry Clay Pate in what many historians consider to be the first true battle of the Civil War.

Along with four Van Go art students, including Miquel Brown, the group of artists came from across the country and Canada. They were led by two internationally known English blacksmiths: Peter Parkinson and Terrence Clark.

In the end, the group collaboratively designed a gate that contrasted the battlefield’s current tranquility with its violent past.

“We were trying to work in a lot of symbolism,” 20-year-old Van Go artist Danielle Volle said.

The design drew from the prairie grasses nearby, the shape of leaves from the blackjack oak trees and the old wagon ruts from the nearby Santa Fe Trail.

The gate’s opening was drawn to symbolize the fork in the stream that winds throughout the battlefield and the divided country that would come in the years following the violent showdown that pitted Kansas and Missouri men against each other.

It also incorporates the blade of the Bowie knife that John Brown took from foe Henry Clay Pate. The blade was later used as the model for the 1,000 pikes that John Brown made to arm freed slaves at Harpers Ferry, W.Va.

“I think everyone is really happy with the outcome,” organizer and local blacksmith Kate Dinneen said. “We are looking forward to the chance of actually making the gate.”

The hope, Dinneen said, is to raise enough money through grants and donations to build the gate by the Battle of Black Jack’s 155th anniversary next June. The project is expected to cost between $30,000 and $50,000.

She would like to see the collaboration continue and plans to bring blacksmiths from both sides of the Kansas/Missouri border to work on the gate in May.

Also helping forge the gate will be the students from Van Go, who will be learning the art of blacksmithing this winter.

“I’m really excited to learn how to do all that work with metal, to get it hot and beat it up,” Volle said.