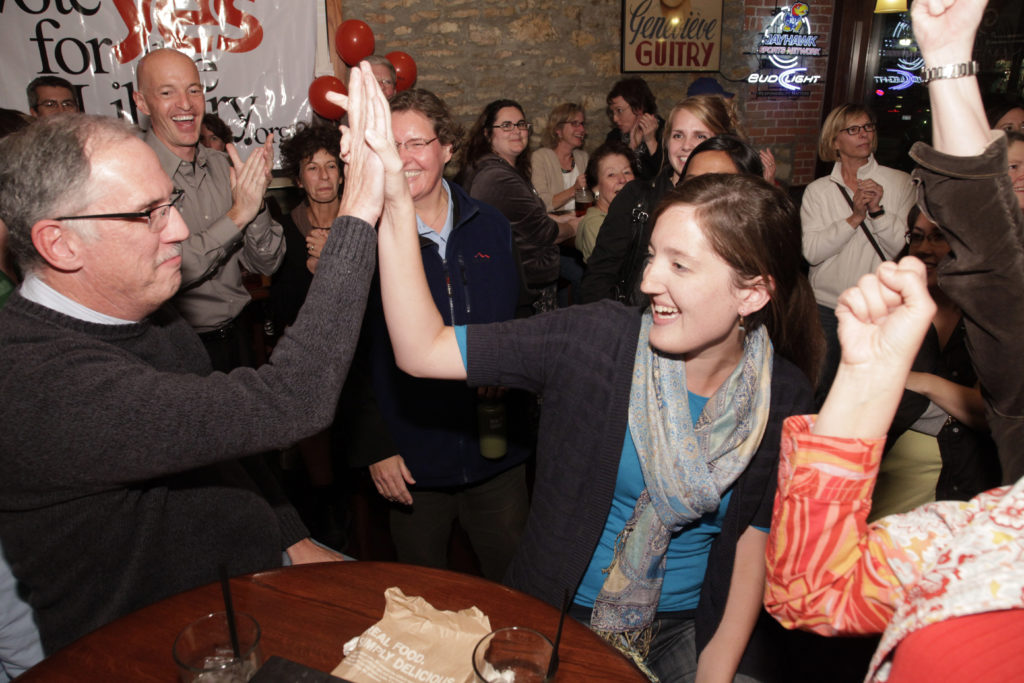 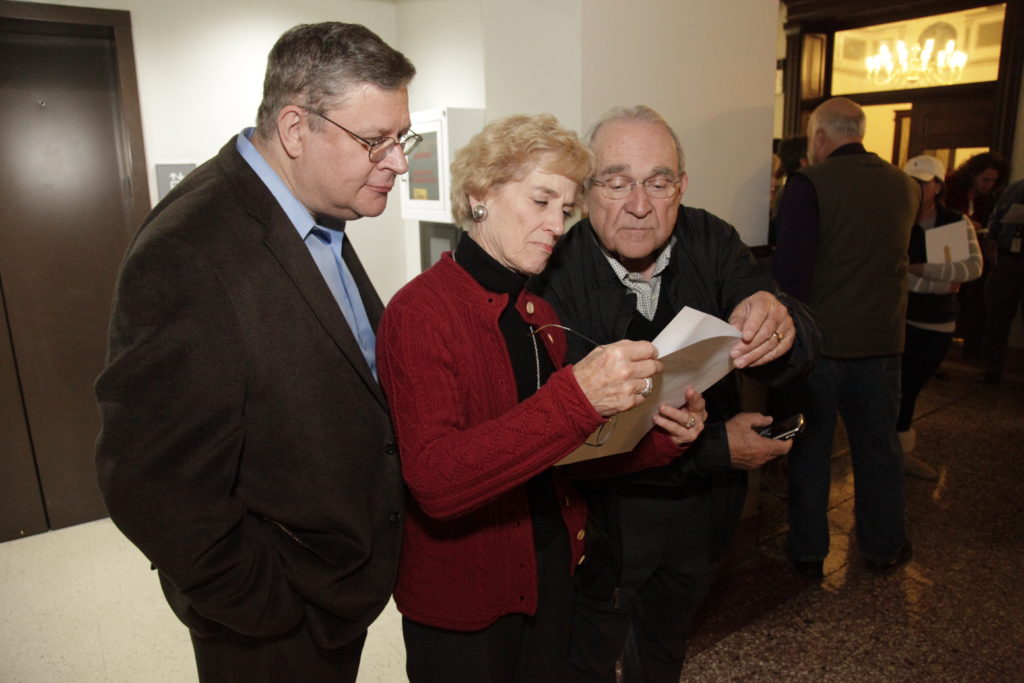 Plans for an $18 million Lawrence Public Library expansion have just moved from the fiction to the non-fiction shelf.

Lawrence voters gave the library project a 10 percentage-point victory Tuesday, and at least one city commissioner is betting they’ve given the community a boost that will go beyond more space for books.

“I believe this vote tonight shows that we really have weathered the economic storm, and that when we do come out of this recession that Lawrence has positioned itself to be one of those communities that leads the state,” said Aron Cromwell, a city commissioner and leading supporter of the library project. “I think this library project symbolizes that.”

Voters approved the project with 12,814 yes votes for 55 percent to 10,475 no votes for 45 percent. All totals are unofficial, pending a few hand-counted ballots that remain to be counted.

The project will include:

• A 20,000-square-foot expansion and renovation of all existing library space.

• A doubling of the amount of children’s room space, including a separate space for young adults.

• A three-level parking garage to be built on a portion of the current parking lot. The garage would have 250 spaces, up from 125 today.

• A doubling of meeting room space, including a design that would allow for up to nine meeting rooms and six reading rooms.

• A drive-through book drop off and service window on the west side of the library.

The project will require the city to issue $18 million in general obligation bonds. The city has estimated a property tax increase of 1.5 mills will be needed for the next 20 years to pay for the bonds. Library leaders also are asking for a 0.5 mill increase to pay for increased operational costs for a larger library. A 2 mill increase would add $39.10 to the annual property tax bill for a $170,000 home.

Library leaders said the rough economy made the election closer than they had anticipated, but said they believed the results showed residents consider the library to be an essential service.

“We’re very appreciative of the support,” said Mike Machell, chairman of the library board of directors. “I think it indicates that voters appreciate the service of the library and are willing to dig into their pockets a bit to ensure that we keep our services at a high level.”

Throughout Lawrence on Tuesday, voters were divided on the subject.

“It is definitely a size issue,” Diane Andrade said after voting for the project at the American Legion polling place. “Whenever we go, we have problems with parking, and it is just starting to look a little run down.”

Economy and technology issues, though, weighed on the minds of some opponents.

“I think it is the wrong time, and I think there are other things that need to be done first,” said Marge Hoffman, who voted against the proposal at the Mustard Seed polling place. “And I’m not so sure libraries won’t be more and more a thing of the past as technology changes.”

Machell said the expanded library is expected to be completed in 2012. Library leaders now will turn their attention to finalizing design plans for the project.

Cromwell said the previously released drawings can be tweaked, and that library designers will now start asking more specific questions about how the project should be designed.

But Cromwell said the biggest question has been answered.

“I think what Lawrence residents have said tonight is that they are willing to pay for great infrastructure in this community,” Cromwell said.

With all but two precincts reporting, library supporters say it appears their proposal will pass with 54 percent of Lawrence voters approving the tax increase.

The two remaining precincts remaining are expected to have low voter turnout.

Library supporters are feeling better about the chances of the $18 million bond issue winning approval now that more than half of the precincts have been counted.

With 31 of the 49 precincts now counted, library supporters believe the issue is faring well enough in all parts of the community. But the question still remains how many West Lawrence precincts are left to report.

City Commissioner Aron Cromwell, who has been one of the leading supporters of the bond issue, said he expects the bond issue to receive about 70 percent support in east Lawrence but to face stiffer opposition in western Lawrence.

“But I still think we’re going to do well with women and families with younger children on the west side,” Cromwell said.

Jim Mullins, field director for Americans for Prosperity – the main opposition group to the bond issue – said he also expected the west side of Lawrence to produce more no votes on the issue. He said he still was waiting to see which West Lawrence precincts remained outstanding, but said the fact the issue was ahead at the halfway point was significant.

According to @1320KLWN, with 31 of 49 precincts reporting, library results are:

As the first library results of the evening come in, election watchers are now wondering which precincts are reporting.

The first totals included 12 of 49 precincts, but election observers believe there may be a difference in how east Lawrence and west Lawrence vote on the library bond issue. Voter turnout is expected to be heavier in west Lawrence than east Lawrence. Whether correct or not, several longtime Lawrence election watchers have said the vote for the library may face more challenges in the western part of the city as the issue of whether the library should have proposed a branch system instead of a major downtown expansion was raised out west.

We’re working to get a report that shows which precincts are reporting.

The first results are coming in from the Douglas County Courthouse, with 12 of 49 precincts reporting, the results are: