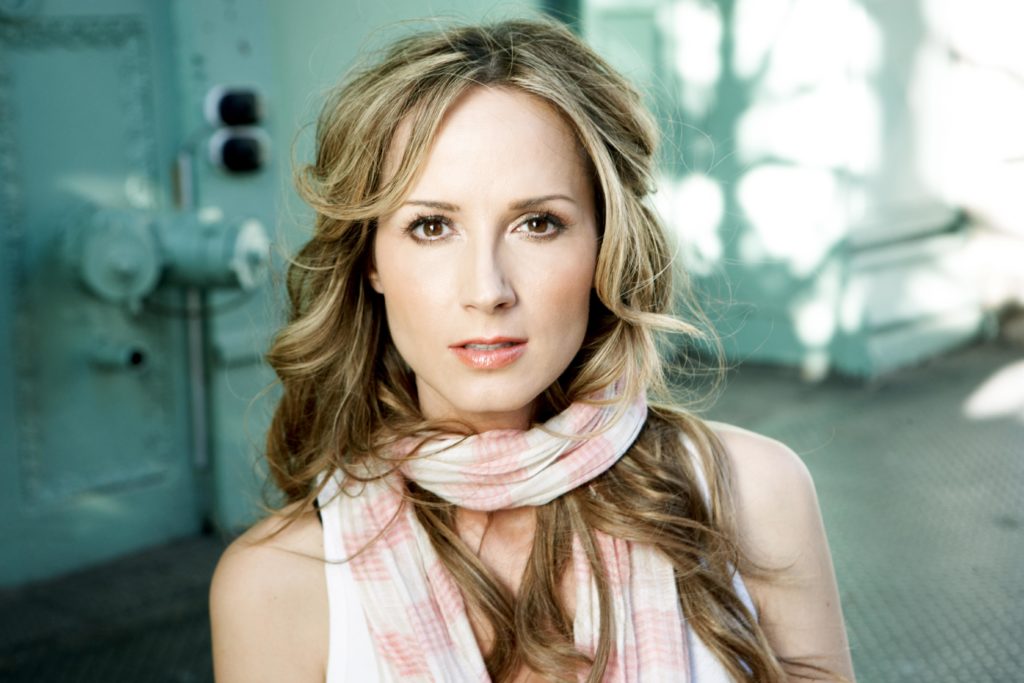 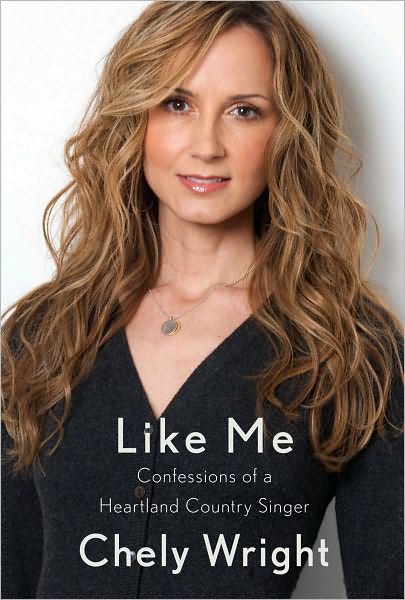 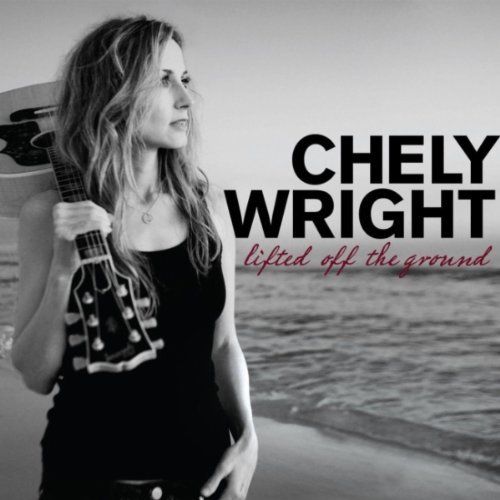 But until this month, one character trait was all but unforgivable.

You couldn’t be gay. Not in Nashville. Not around mainstream country audiences.

Chely Wright challenged that last week. The Wellsville native came out to the world … and braced for the response.

The announcement coincides with the release of her seventh studio album, “Lifted Off the Ground,” and her first book, a memoir titled “Like Me.” Already the declaration has caused major ripples in the music industry and the world of pop culture. (She graces the cover of the May 5 issue of People magazine.)

“I’m so glad I named my record ‘Lifted Off the Ground,’ because that’s how I feel. I’m glad I didn’t name it ‘Broken,'” Wright says, referring to the title of her latest single. “That would have been awful.”

The 39-year-old Wright first earned her place in Nashville’s elite after being named best new female vocalist in 1994 by the Academy of Country Music. She followed up her early promise in 1999 with a No. 1 country hit in “Single White Female.” In 2001, she even landed on People magazine’s 50 Most Beautiful People list.

But amid the accolades – and high-profile romances with stars such as Brad Paisley – Wright harbored a secret. As her career progressed, it became increasingly difficult to keep her true sexuality from the prying eyes of Nashville. The internal struggle eventually resulted in the singer-songwriter suffering an emotional breakdown.

During a plane delay while readying to fly out of New York’s LaGuardia Airport, Wright took the time to speak to the Journal-World about her recent revelations.

Q: Are you happy with how you’re being portrayed in the media?

A: Honestly, I haven’t looked at anything in the media. I’ve been off the grid for about six weeks. … Obviously, I’d be stupid to think there weren’t any negative reactions. But by and large I’ve been told it’s been incredibly powerful and positive, and that my doing this has given voice to a community, that as far as country music fans, has not existed. I can tell you how I feel personally: I feel incredible.

Q: Did you make a conscious decision to not read any press since you came out?

A: That’s the only one I’ll read, and I’ll tell you why. When I was in first grade, I got a job where I threw the Lawrence Journal-World. I was the papergirl. That’s what I did every day in Wellsville. I threw maybe 150 papers.

Q: Were you pretty good at it?

A: I was the best they’d ever seen. I could sling a paper – even the Wednesday and Sunday paper – from my Huffy bike and land it on a porch better than anybody.

Q: Did your impending revelations affect how you approached the material on “Lifted Off the Ground”?

A: I didn’t know I was going to come out as I was writing this record. In fact, I didn’t plan on coming out until halfway into the recording process. It was a series of events that had led up to that. When you make a record and release it, you have to talk openly to reporters and radio folks and fans because they ask, “How did you get the idea for this song?” For the first time ever, I have no co-writers on this record. …

I started to realize, “Holy crap, how am I going to be asked about these songs and explain this record? I’m talking about my broken heart, I’m talking about ‘Object of Your Rejection.’ I’m going to have to make up a fake boyfriend from Argentina.” My reality was creeping up on me again, and I knew I’d surely find myself in a dark place again.

Q: Have fans gone back and started to reinterpret lines from your old songs?

A: A guy that runs my Facebook and social-networking media did tell me last night that people have started to do that. It wouldn’t be wrong in doing that. There were a couple of songs, one in particular called “Picket Fences” off of the “Single White Female” album: “Little boys and little girls dream of big, big things / They’re taught at a tender age just what life should bring / Get a job, say ‘I do’ and settle yourself down / But what about those of us whose lives are still spinnin’ around.” That song is about what happens to people who aren’t going to have the traditional life. It really surprised me that no one ever really read into that song.

Q: Do you improve with each record?

A: No. I think I should, but I don’t think I did. There were times when I was coming off the road exhausted and going in and recording songs. I recall calling my label and saying, “Why are we tracking this week? I don’t feel ready.” They would have a stack of songs and say, “Let’s just try.” That’s an expensive little effort. I don’t think I improved.

The ‘Let Me In’ record was the best record I made on MCA, followed up by “Single White Female,” which was the most successful record I ever made, but it wasn’t my best. “Never Love You Enough” was the most fragmented, crazy record. “The Metropolitan Hotel” was a half-assed effort. I was really trying to step into a new me so I could be a relevant singer-songwriter. Then “The Bumper of My S.U.V.” happened, and I got seduced by the radio airplay.

Then I went in and tried to record what I thought radio wanted. I remember my thought processes. I know what happened. … We all make decisions based on “how do I continue to have enough success so I can make art?” Even the greatest artist of all time did commission work and painted the ceiling of a chapel.

Q: You’re not the first singer-songwriter from Kansas to come out. How is your situation different from that of Melissa Etheridge?

A: Well, I’m a country music singer. That’s what’s different, I guess. To compare one’s coming-out experience would be absolutely insane because everyone’s coming-out experience is dynamic, emotional, difficult, scary. I don’t care if you live in Manhattan or L.A. I don’t care if you grew up with gay parents. My best friend is gay and his mother is a lesbian, and it was scary for him to come out. So I don’t ever try to compare anyone’s experience. That Melissa Etheridge did have an event coming out tells all of us that there was a time that she did hide. That alone says she felt an impetus to hide. …

When she came out, I wept. I was so thankful, and I remember wishing that I knew her because she’s from Kansas.

Q: You mention an exchange in the book with John Rich of Big & Rich in which he openly confronted you about being gay, and when you denied it, he said, “Good. Thank God.” Why was that conversation so damaging to you?

A: It was a perfect storm. It was layers and layers of fear and rejection. I can’t blame my implosion on him, but John was just part of the recipe of fear and rejection, at that time, of 15 years in Nashville. I’ve got a line in my song ‘The River’ – “I moved here to Nashville on May 12, ’89” – and today is May 12, 2010. I’ve lived in Nashville for 21 years. That’s a long time to hide a secret. And when John Rich made that comment to me in 2005, he was just the straw that broke the camel’s back. At that time John had a lot of power. I didn’t feel physically threatened. But I’d never been asked the question before.

Q: You’ve been quoted as saying you “fully expect to lose my country music career.” Does that imply you’re ready to shift your career to another style of music?

Q: Has this whole experience changed how you view the country music industry?

A: Someone pointed out to me the other day that I still refer to the Nashville community as “we” and “us.” I now live in (New York) – although I still have a home in Nashville – but when I talk about Music Row and the industry, I still feel like I’m part of it. In some ways that town has caused me a lot of fear and anxiety. But it needs to be said that town is also the town that made my dreams come true. It’s broken my heart in some ways, but if I could tell you how many e-mails and letters I’ve gotten from Music Row people and radio people since I came out, it would boggle your mind. Also, I have to tell you how many people have come out to me and asked me to keep it a secret. …

I was told that in my hometown school, the day I came out, three kids walked to the principal’s office and came out. This is important. I’m really proud of Nashville and proud of country music. I know that some of the biggest haters have done their dirty work quietly. But it’s not lost on me that a lot of people are standing up for me and speaking out on my behalf. That’s what I’m focused on. And I’m incredibly glad and grateful.