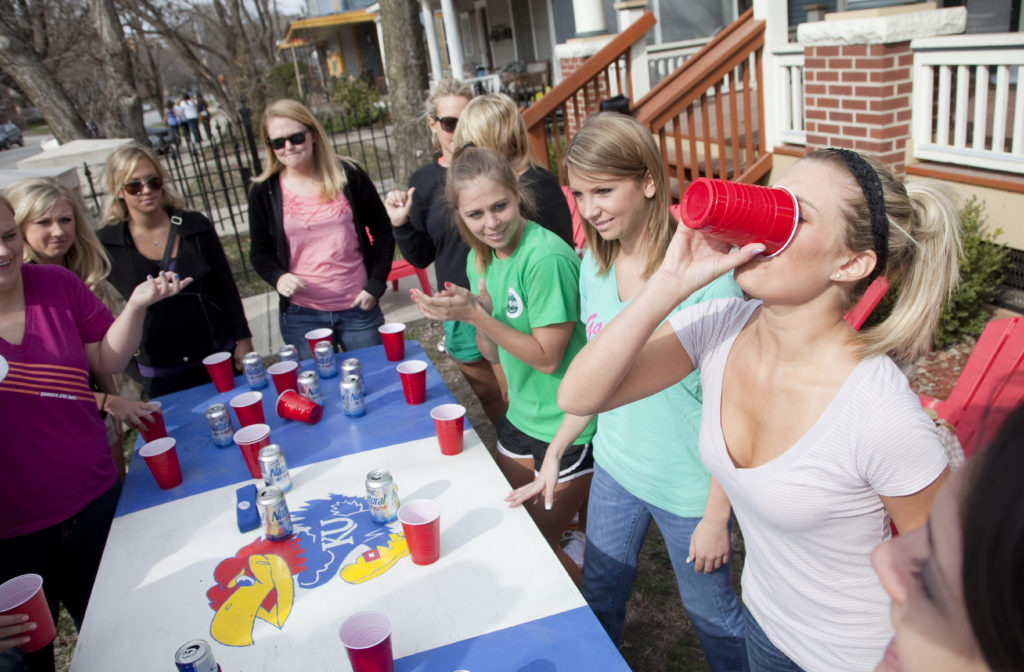 Kansas University students participate in a beer drinking game in March 2010 outside a student rental house just off campus. 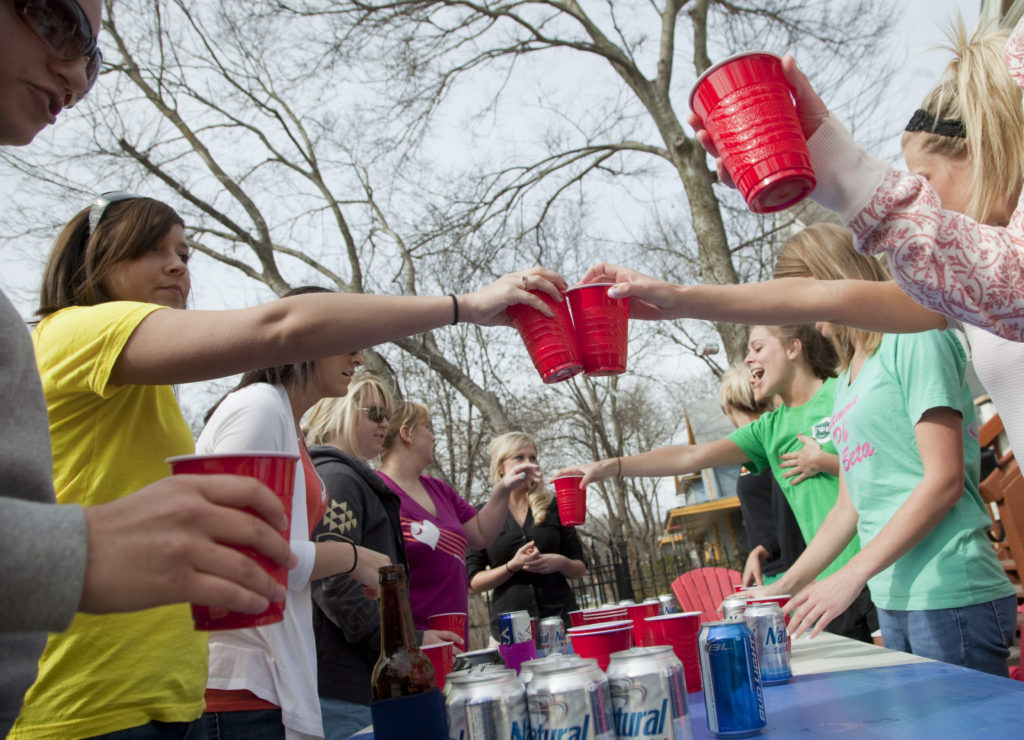 As part of the new KU campaign to encourage responsible use of alcohol, students will study the Lawrence community to identify how best to get a safe drinking message across here.

Kansas University officials are sending 34 students on a whirlwind tour of colleges across the country, as the university turns to students for help in its fight against high-risk drinking.

The journalism students will be developing a campaign to establish a culture of responsible drinking at KU. They hope to complete the project in 90 days.

“We’re delighted to be working on something that’s going to so directly benefit KU,” said Bob Basow, who teaches the campaigns class involved in the project. “A culture of responsible drinking will enable students to have a good time and enjoy the vibrant social atmosphere (but) there won’t be negative consequences.”

KU officials contacted Basow about having his students take on the project after two KU students died in drinking-related incidents last year:

• On March 8, 2009, 19-year-old Jason Wren was found dead inside his Sigma Alpha Epsilon fraternity house after a night of binge drinking, according to authorities.

• Dalton Hawkins, 18, was found dead on April 24 after falling off the roof of a scholarship hall on campus. He, too, had been drinking, authorities said.

“KU is to be enjoyed and enjoyed responsibly, so we’re looking forward to doing something that will make that happen,” Basow said of the campaign project his students are involved in.

The students left last week to check out the scene at University of Nebraska in Lincoln, where the community has embraced its fight against dangerous drinking.

A Lawrence Journal-World/6News series this month highlighted Lincoln’s successful approach to the problem, in which city police, landlords, bar owners and university leaders spent the last decade working together to create an environment of stiff consequences involving high-risk drinking:

• Students can be expelled for drinking on-campus or in fraternity and sorority houses.

• Bar owners can receive a citation if they serve someone who is underage or already intoxicated.

• A large, visible, police presence in the city’s bar district discourages bar owners and students from breaking the law.

KU leaders said many of these solutions could also be applied to Lawrence, if the community embraced and fought the problem together.

“We have good working relationships with all these entities here in Lawrence and I think it’s just a matter of getting together in a more-systematic way,” said Kathryn Nemeth Tuttle, associate vice provost in the office of the vice provost for student success at KU. “We really want to see a more integrated community effort.”

A community group was organized by the university to start addressing some of the issues after the student deaths last year, but KU vice provost for student success Marlesa Roney said the group has since disbanded.

Tuttle said it’s important to get students behind the effort and to get across the right message, which is why the office contacted Basow’s students for help. Officials at UNL said they found great success in utilizing several classes to help them with research and marketing efforts.

The KU students will also be traveling to Colorado State University, the University of Missouri and the University of Virginia, all of which boast successful approaches to curbing high-risk drinking. Their trips and project are being sponsored by Anheuser-Busch and Lawrence-based O’Malley Beverage of Kansas Inc.

In addition to studying the culture in other communities, Basow said the students will also do focus groups and study the Lawrence community to identify how to best get a safe drinking message across to students here.