20/20 vision: An institute provides goals for the church and sexuality for the next decade 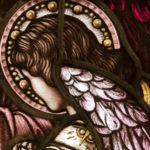 But if there’s one connecting life issue that isn’t mentioned, even in the schools that train these leaders, it is sexuality.

The Rev. Jill Jarvis, pastor at Unitarian Fellowship of Lawrence says the only course she took that mentioned sexuality was an elective she took with a visiting lecturer.

“In 2004, I was in seminary, the Unitarian seminary in Chicago, Meadville Lomard, and Debra Haffner came in to teach a class on sexuality issues for ministers,” Jarvis says. “As far as I know, that was the first time that we had had a course like that. And it was not required.”

Now, Haffner is the executive director of the Religious Institute, a nonprofit multifaith organization based in Connecticut, whose central purpose is addressing sexuality and the church. But now, instead of challenging a single class of students, she’s hoping to challenge the whole American religious system.

Haffner’s group recently released a report called “Sexuality & Religion 2020: Goals for the Next Decade” that outlines a vision to fill in the blind spots in clerical education and encourages a discussion of sexuality within the faith community.

The vision includes a break in the silence around sexuality in congregations, an improvement in ministerial training regarding sexuality issues and a call for clergy to become advocates for better sexuality education, reproductive health and the full inclusion of women, gay, lesbian, bisexual and transgender persons. All by the year 2020.

“Sexuality & Religion 2020 articulates the vision that by the year 2020, all faith communities will be sexually healthy, just and prophetic,” Haffner says.

Sexuality and religion, by the numbers

According to the institute’s own numbers, the current conversation on sexuality and religion can barely be heard above the din coming from some of the other issues swirling through congregations nationwide:

• Nearly 40 percent of progressive Christian, Jewish and Unitarian Universalist clergy had not preached on sexual orientation in the past two years, 70 percent hadn’t talked about reproductive justice, and 75 percent had not addressed sex education from the pulpit.

While many local religious leaders say they appreciate the institute’s aims, they say there are many reasons why 2020 is too soon, in part from another statistic that Jarvis’s story supports: More than 90 percent of seminaries do not require a full-semester sexuality course for graduation.

The Rev. Peter Luckey, senior pastor at Plymouth Congregational Church says even though sexuality was briefly discussed at his seminary 30 years ago, he’s had to do a lot of his own research since then.

Another issue is that even when broken down by denomination, the church is a sprawling entity. Because of this there is not consistency within denominations on the issues regarding sexuality. The Rev. Kent Winters-Hazelton says that while his First Presbyterian Church is an open and affirming congregation in regards to LGBT people, not all churches within the denomination have taken the same steps.

“Frankly, I think the church is intimidated and probably scared to take on the issue,” Winters-Hazelton says. “For example, if one of our seminaries started a class that really focused on what sexuality is like in our modern culture and how we might respond to it pastorly and what might be the theological, biblical support for that, then perhaps some of their conservative supporters would hold their funding for the seminary.”

The Rev. Joanna Harader, pastor at Peace Mennonite Church says that because of the divisions within denominations and even congregations, a line of compromise may be necessary to reach any of the goals.

“First, when you use ‘sexual justice’ as a code for LBGT inclusion, you are automatically cutting out a large percentage of Christian churches,” Harader says. “While I understand and appreciate the Religious Institute’s agenda, I would also like to see a broader movement in the Christian church that pushes for a healthier treatment of sexuality issues in all churches — regardless of their stance on homosexual relationships.”

Winters-Hazelton says he does believe most of the goals of the Religious Institute will be met, but at a snail’s pace rather than in the next decade.

“This really is a generational issue,” says Winters-Hazelton, 56. “And as the upcoming ages begin to become the policy makers and the shapers of the culture, that will change the church. And the church will, except for some of the real conservatives, the church will generally be much more reflective of an open expression of sexuality. People of younger ages expect that.”

Though Luckey agrees that the goals outlined may be a bit heady, he says that striving toward them is better than standing still.

“I think the consequences of us not talking about sexuality in a sacred spiritual context is that we create a vacuum where the messages of society are the ones that are going to determine what sexuality is,” Luckey says. “And those messages, quite honestly, are very hurtful and destructive to human beings.”