When children are raped, sodomized, fondled or forced to touch the genitals of an adult, especially a trusted adult such as a priest, a family member or a friend, the trauma sears their brains like a red-hot iron. The effects of the trauma tumble through their lives, and often result in chronic illness, including diabetes and heart disease, that appears when they are adults.

“It’s like you’re running all of your life,” says Ella Herman, 70, who says she was sexually molested, starting at age 4, by two uncles and a school bus driver. She also says she was raped when she was 15 by her date, who was a member of a then-prominent political family in Mississippi. She married him; he often beat her and tried to kill her after she left him. Her siblings helped her escape with her two sons to California, where she eventually remarried.

In San Diego, Herman owned and ran a successful day care center for 12 years before she had a heart attack at age 60.

“Being obese really affects my body,” says Herman. “I have arthritis, lumbar spinal stenosis, got a heart stent. I take about 24 different kinds of meds a day. There’s just too much gone wrong.” 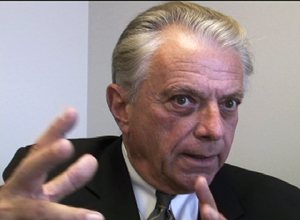 Through her Kaiser Permanente health plan in San Diego, Herman joined a weight control clinic for the severely obese in the early 1990s, when Dr. Vincent Felitti, who ran the clinic, wanted to find out why people who were successfully losing weight were dropping out. One day he talked about the link he had found between child abuse and weight gain. That was a turning point for Herman.

“I remember him saying that he had read 25 charts,” recalls Herman. “And almost all of them had been sexually molested as kids, even the men. I started crying and another woman was crying and crying.”

Felitti had also discovered that many people who gain weight regard it as a solution, not a problem. Herman had never connected her innate inability to lose weight with her fear of being sexually abused.

“I did not connect it at all,” she says. “I’ve lost 100 pounds about five or six times. Then the first time some man would say something to me about how I looked nice, I’d gain it back. Nobody talked about it before Dr. Felitti, and that’s the reason it had such a big impact on me. No one seemed to recognize this was going on. And then I found out it’s going on with a lot of people and I wasn’t the only one.”

Indeed, she was not. Felitti’s concern turned into a 20-year quest involving researchers from the Centers for Disease Control and Prevention and 17,000 members of Kaiser Permanente in San Diego. The ACE Study — Adverse Childhood Experience, now one of this country’s most significant public health studies — revealed a link between child trauma and chronic health problems later in life.

Researchers began linking behavior and disease in the 1960s, so it’s common knowledge that alcoholism, smoking and overeating lead to liver, heart and lung disease. But what researchers don’t understand is why people start and continue to smoke, drink or eat excessively, even when they know it’s bad for them.

Felitti teamed up with Dr. Robert Anda, a CDC epidemiologist, who developed a questionnaire for incoming Kaiser members about 10 types of child trauma: emotional, physical and sexual abuse; emotional and physical neglect; and five types of family dysfunction; a family member in prison; a mother who’s been physically abused; a parent who’s an alcoholic or abuses other drugs; a biological parent who disappears through death or divorce; or a family member diagnosed with a mental illness.

When he first looked at the data, “I was in a state of disbelief,” says Anda. “Twenty percent of people had been sexually abused; more than that had been physically abused. Twelve to 14 percent had grown up watching their mothers being beaten. I wept. I was so distressed by this. I thought I had made some kind of mistake. So I checked and rechecked and kept finding the same thing.”

It’s not that the link between child trauma and problems later in life was unknown. But previous studies were smaller, didn’t look at chronic health problems, or were focused on poor, inner-city, low-income or prison populations. The 17,000 people who participated in the ACE Study were overwhelmingly white, middle-class and college-educated. They were successful people who had good jobs and great health care. Their average age was 57.

“Between people with an ACE score of zero and an ACE score of 4 or 5 or more, the risk of ever shooting up drugs went up 40 or 50 times,” says Anda. “You almost never see that kind of increase in health studies of any kind — it’s almost unprecedented.”

The study also revealed that one in nine people has an ACE score of five or more. “Which means that the average physician in the country is going to be seeing two, perhaps three, ACE-score 6 or higher patients every day,” says Felitti.

Since 1998, more than 50 papers about the ACE study have been published in prestigious medical journals, including the Journal of the American Medical Association. Felitti and Anda have given hundreds of speeches.

They’ve also connected with neurobiologists whose research shows how trauma actually becomes part of our biology — it triggers the release of stress hormones that physically alter a child’s growing brain. Epigeneticists, who study the effect of a person’s environment on gene function, have found that trauma can even turn genes off and on. Traumatized children become hypervigilant, edgy, impulsive and have hot tempers. In school, they’re so often in “fight, flight or freeze” mode that they cannot concentrate enough to learn or to develop good social skills. School systems add to the children’s trauma when they’re labeled as troublemakers and expelled from school.

The public health and medical communities are slowly embracing the ACE research. Several states are beginning to do their own ACE studies, as are health agencies in Puerto Rico, China, Norway and the Philippines. The World Health Organization is also integrating the research into its work in preventing child abuse.

Felitti and Anda say it’s clear that millions of people who have experienced childhood trauma spend their lives coping by engaging in all sorts of risky behavior: smoking, eating, drinking or working too much, as well as doing drugs, having inappropriate sex and fighting. As harmful as these activities are, they relieve the persistent despair, if only temporarily.

“It’s really everyone’s problem,” says Anda. “It’s present in all segments of society is basically what we found.”

Ella Herman agrees. Since she grasped the link between her extreme reluctance to lose weight with her childhood sex abuse, she’s made slow but steady progress to becoming a happier person, she says. Even though she’d like to lose more weight, she’s maintained a steady 231 pounds for a couple of years now.

And since Felitti began asking people to examine how weight gain was working for them, rather than trying to force them to regard it as a problem, the dropout rate at the Positive Choice weight clinic at Kaiser Permanente in San Diego has been cut in half.