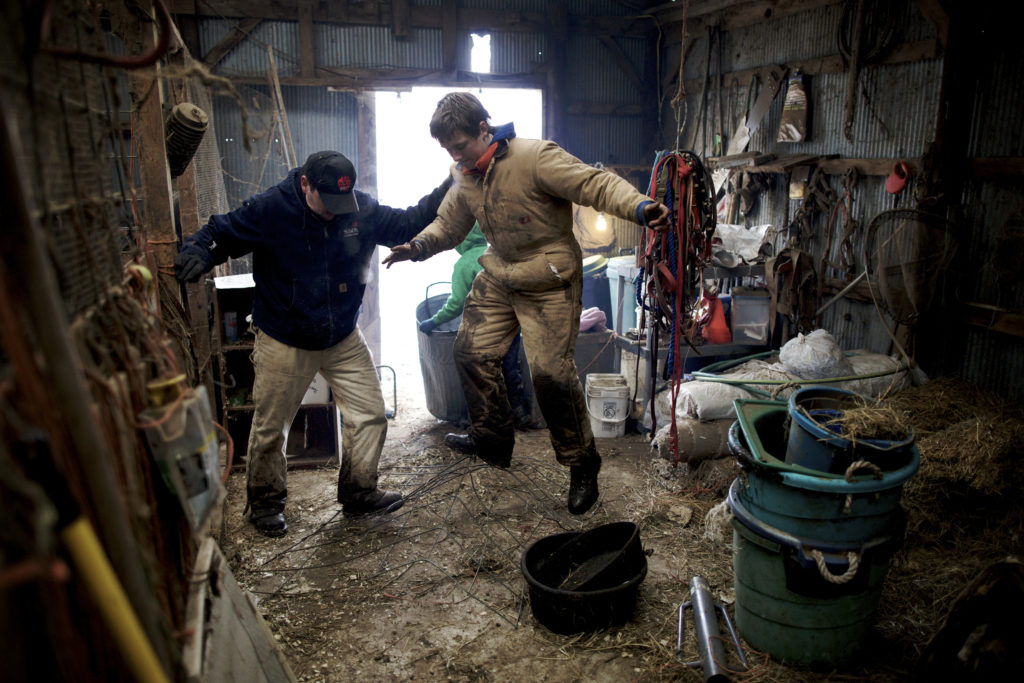 They were already out in the cold, caked in mud.

So the first flurries of an expected 4 to 7 inches of snow made little impact on the members of local Boy Scout Troop 52, who were camping out in a west Lawrence field as part of a volunteer project. “It won’t stop us,” said Scoutmaster Rod Zinn.

Zinn, along with about a dozen boy scouts, were spending the weekend cleaning up the property and home of an elderly Lawrence woman. They began camping in an adjacent field Friday night, and early Saturday they descended on the woman’s 5-acre property, removing trash, clearing brush and cleaning the stables for the woman’s four goats and two horses. The scouts performed tasks that the woman, because of health problems, wasn’t able to do herself.

The idea for this weekend’s camp out, one of about a dozen the scouts organize every year, was developed at the troop’s annual meeting, said Senior Patrol Leader Gavin Spence, 14. “We just thought we’d like to help someone,” Spence said.

Zinn helped the troop identify that someone, a neighbor of his, after he noticed the neighbor’s health problems were making it difficult for her to take care of her property.

The decision by the troop to spend one of their camp outs volunteering impressed Zinn, whose son Dakota, 11, is in the troop. “I think it’s awesome,” Zinn said. “It teaches them the meaning of life.”

For boy scout Jamie Messer, 12, the work on the property, while messy and in cold, snowy conditions, is simply part of the troop’s mission.