Under her wing: Parent writes book on developmental disabilities 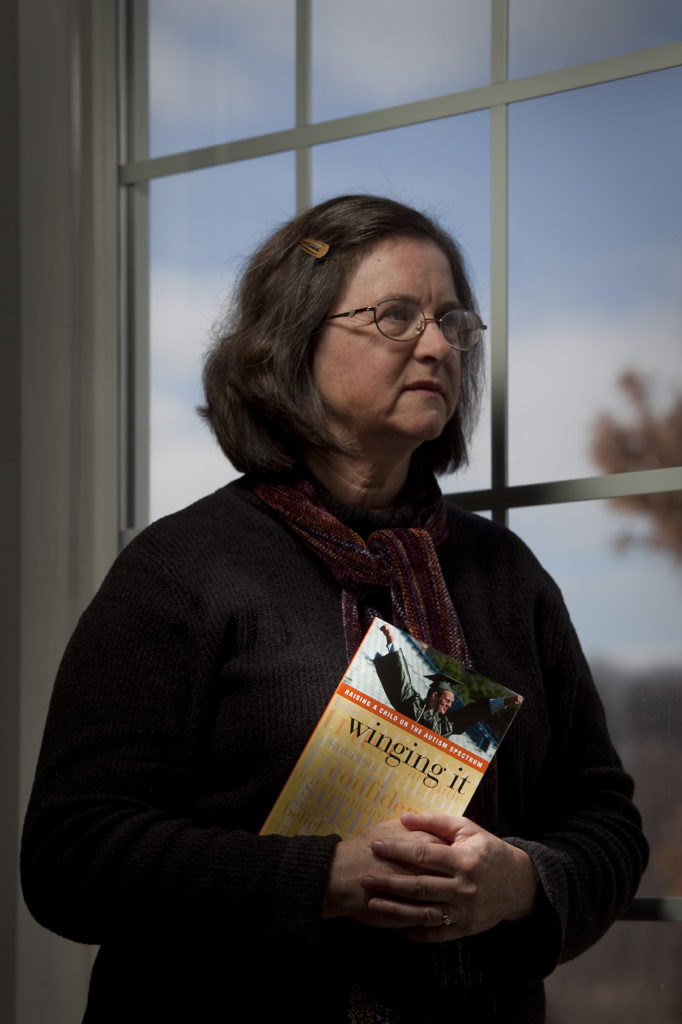 Denise Gossage has written a book on her experience raising a child with developmental disabilities.

Lawrence resident Denise Gossage didn’t initially set out to write a book. Her recently published “Winging It” (available in local bookstores) evolved from years of keeping notes of meetings with doctors, teachers and therapists, and writing a personal journal about rearing a child on the autism spectrum.

“I started keeping a journal to help me understand and express my feelings about what was happening and not happening,” Gossage says.

“I found I needed to keep a record of the many meetings I attended to advocate for the best treatment for my son because specialists often suggested different things and I found it hard to keep track of it all. Things were more difficult because Frank didn’t have a definite diagnosis for many years.”

She says she read many books about raising a child with disabilities, including “The Broken Cord” by Michael Dorris and Thomas Armstrong’s “In Their Own Way.”

“Every book gave me a little bit of insight, and sometimes I had ‘aha’ moments while reading about someone else’s experiences,” says Gossage. “I thought my book might do the same for others.”

Gossage’s Chicago childhood was carefree, and a memorable eighth-grade trip to California’s beaches introduced her to the wonders of plant life.

“I was fascinated to see an anemone open and move,” she recalls. “I’d never seen a plant do that; it opened up a whole new world to me.”

This fascination led her to study biology at Kansas University. She graduated with a bachelor’s degree in 1975, married her husband, Steve, and moved to Albuquerque, where she obtained her master’s and doctorate in engineering from the University of New Mexico.

When her second son was born with developmental issues, Gossage became a full-time mom to take care of him and embarked on a journey through a maze of challenges where she tried to secure the best and most appropriate education for him. In spite of working with many people who offered wise advice and support for her son’s education, it became clear she needed to find a better community system of education that would support Frank as he grew older.

After extensive research and consultation with various people about the best options, Lawrence topped the list.

“Steve and I had many happy memories of being here as students, so we decided to move here,” she says.

With support and help from people such as Professor Wendy Parent at KU’s Beach Center on Disability and professionals in the Lawrence school district, Frank was able to graduate from Lawrence High School.

“When Frank received his diploma he turned to the gathered crowd, raised his arms in delight, and the whole school cheered and acknowledged his achievement,” recalls Gossage. “It was a moving moment.”

Frank now lives independently and works part-time with support from a community coach.

“No two families have exactly the same situation or challenges when raising a child with disabilities,” Gossage says. “But I hope the insights, struggles and achievements I’ve written about in my book will give hope and encouragement to someone else in a similar situation.”