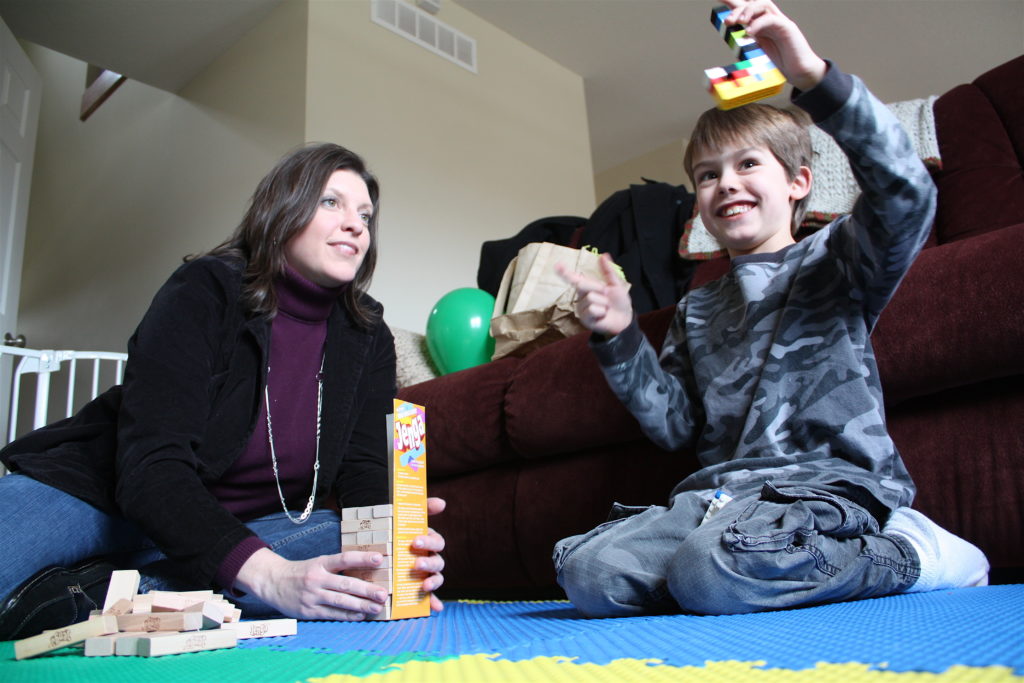 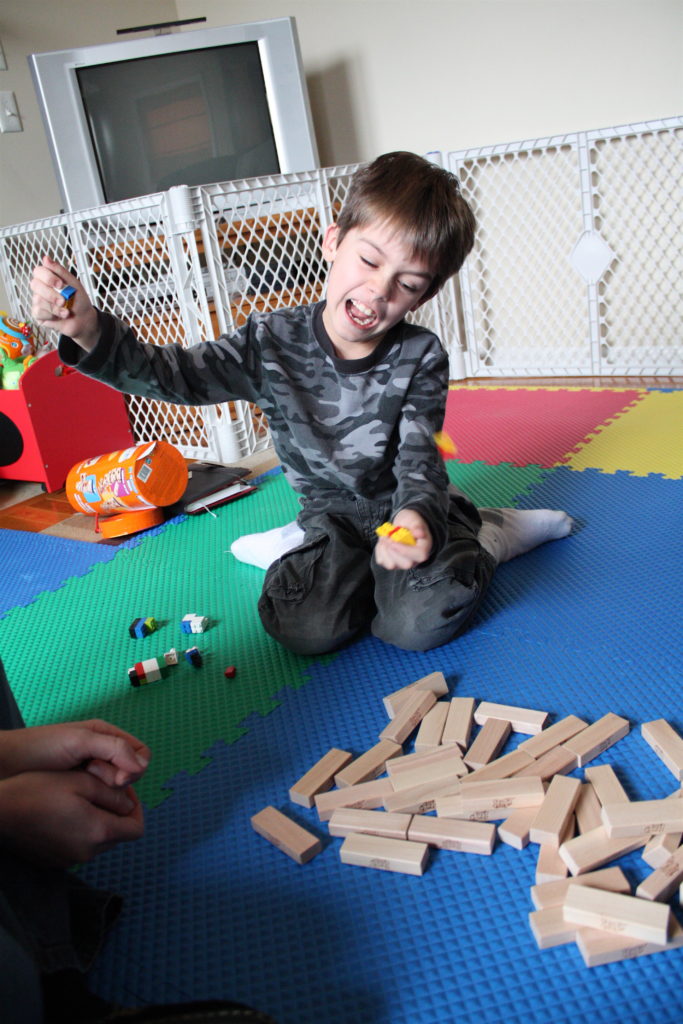 Max San Miguel, 6, topples a Jenga tower during a play therapy session. His therapist, Jamie Gabriel, says that Jenga helps Max be more deliberate with his thoughts and actions. 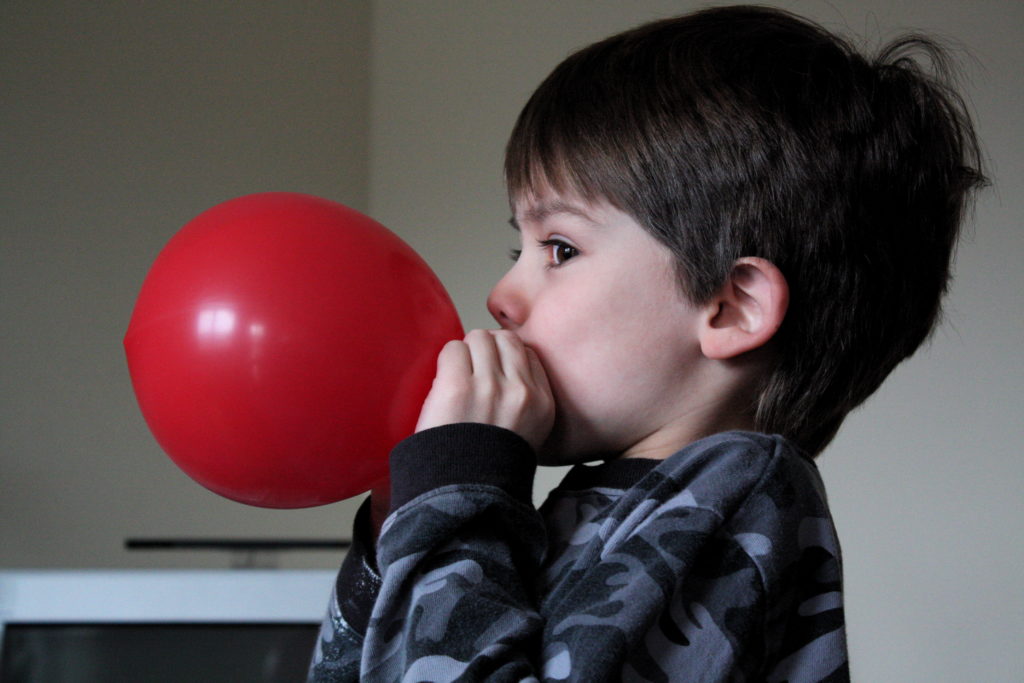 Max San Miguel, 6, blows up a balloon during a play therapy session at his house. Max's parents say that his behavior has improved as a result of play therapy.

Once a week, Max San Miguel hangs out with his friend Jamie Gabriel.

Max is in therapy, but he hardly knows it.

“Kids don’t typically verbally share problems or concerns, but they will play it out,” says Gabriel, a licensed clinical social worker who incorporates play therapy into her work with the Lawrence United Way’s Success by Six program through tiny-K Early Intervention.

“There’s going to be themes that emerge in their play that tell us what’s going on in their little minds,” Gabriel says. “It’s a therapy that makes a lot of sense and has a lot of validity, but I don’t know that people think of it as a first option when their kid has a problem.”

Play therapists abound in Lawrence, though many local parents may not be aware of their existence. Organizations like the Bert Nash Community Mental Health Center, the Douglas County Childhood Development Association (DCCDA) and tiny-k Early Intervention all offer free play therapy programs funded by federal grants.

In contrast to traditional models of talk-it-out therapy, play therapy allows children — and sometimes adults — to communicate their feelings in a less formalized environment. A typical session might involve a game of dress-up, playing with dolls, drawing in the sand or interacting with animals. Through these activities, therapists help children overcome problems ranging from trauma to aggression to poor sleeping and eating habits.

Max’s challenge was to overcome the anxiety he felt as a result of losing his younger brother to a fatal heart defect. After making some progress, Max’s anxiety was stirred by the arrival of another baby.

“He was worried about something happening to me or his dad or his new brother,” says his mother, Andrea San Miguel. “His interactions (with his new baby brother) weren’t quite what we anticipated … He just didn’t seem to know how to interact.”

Max began play therapy sessions last August and has since made great strides, his mother says.

“We saw how much his behavior improved and how much more comfortable he was with his brother,” Andrea says. “When he gets really upset, he’ll go up into his room and play his keyboard and say, ‘See, I’m playing my feelings.’ So he’s finding more constructive ways to deal with it than turning it inward and making himself anxious, or turning it outward and getting upset and throwing things and stomping.”

Nowadays, Max tells his friends that he has someone who come and helps him with his feelings — and Andrea tells her friends that she’s discovered something better than medication.

Bert Nash Family Resource Specialist Judy Wasko has been incorporating play therapy into her counseling sessions for more than a decade. She says that the practice is gaining popularity among parents of toddlers, who often learn as much as their offspring.

“Parents learn how to play with their child so they can bring that back home,” Wasko says. “The child really sets the pace.”

Wasko says play therapy can be especially helpful when a child is dealing with a divorce. At that stage of development, children may not be able to see the “grey areas.”

“I recently worked with a child who had a lot of anxiety about leaving mom and going to dad’s house and had this view that dad was the bad guy,” Wasko says. “She was very aggressive and confrontational in all of her play. Towards the end, through playing with her dolls, she was able to have a view that family can look a little different way than it had been. She processed some of her grief and anger through those sessions, and things are a lot better now.”

Not a bad outcome for a free play date.