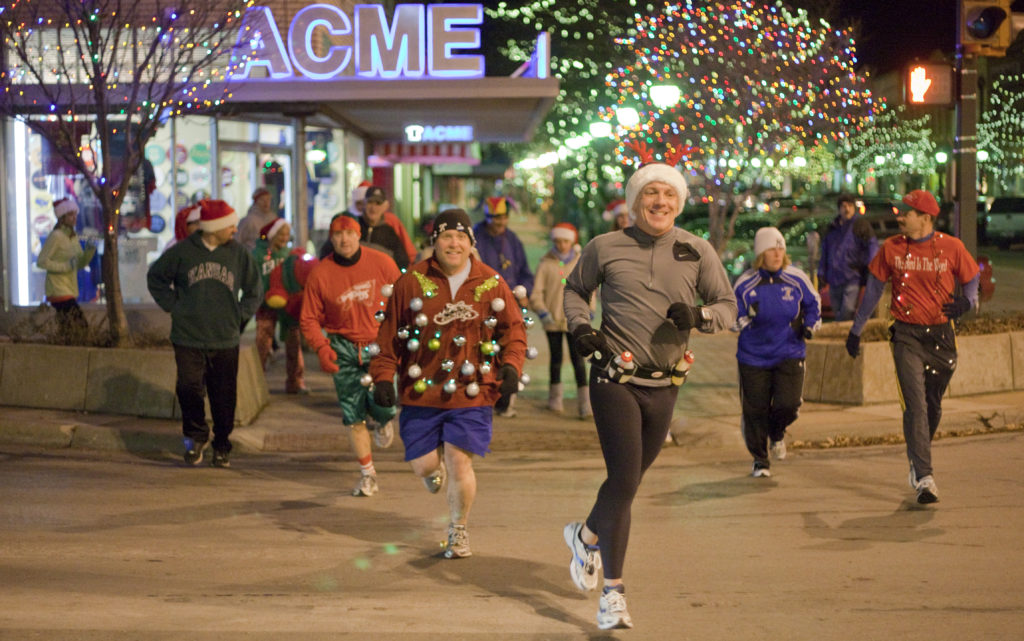 Red Dog Days participants run along Massachusetts Street during the annual Jingle Bell Jog, Thursday, Dec. 16, 2010. Dressed in their best holiday gear, the group made a quick pass through downtown, collected some money for charity and then gathered for food and drinks. 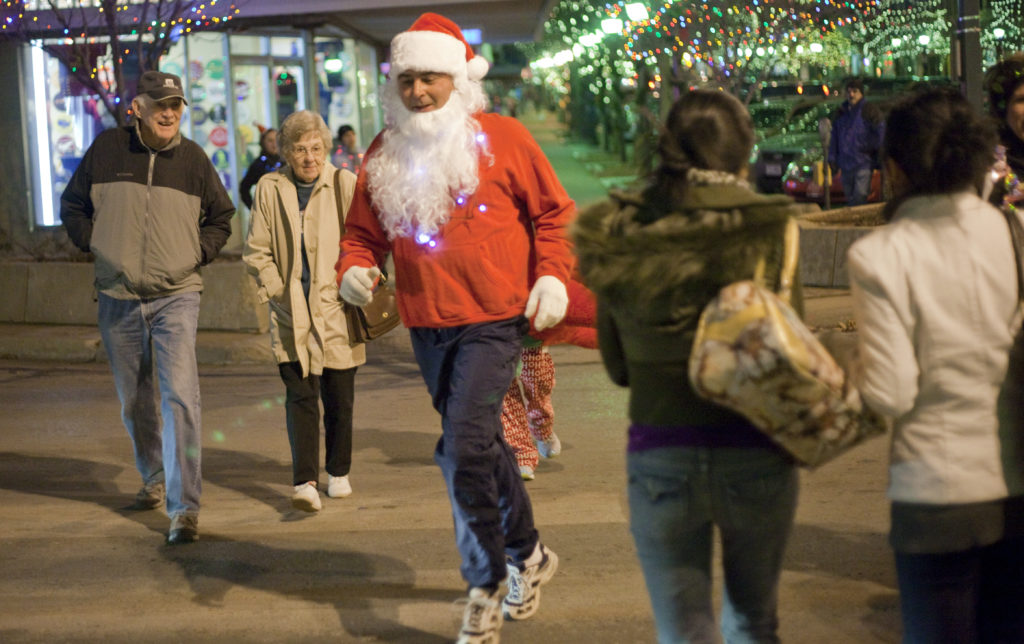 A Santa jogger passes pedestrians during the annual Jingle Bell Jog along Massachusetts Street, Thursday, Dec. 16, 2010. Dressed in their best holiday gear, the group made a quick pass through downtown, collected some money for charity and then gathered for food and drinks.

The eighth annual Jingle Bell Jog down Massachusetts Street lived up to the name Thursday night.

A collection of people and pets gathered near Vermont and Ninth streets, ready to participate in the active holiday tradition. Joggers dressed in festive attire, with many sporting strings of lights, Santa hats, and yes, jingle bells to complete their holiday exercise outfits.

“I’m not much of a runner,” Fjell said. “But I really like Christmas and I really like Mass. Street. I figured this is better than studying for my final tomorrow morning.”

The event, put on by the Red Dog’s Dog Days crew, led the eager participants up and down Mass. Street for a little fun exercise.

Donna Hrenchir made her sixth appearance at Thursday’s event. The wily veteran, dressed in purple and white, said the annual jog allowed her to exercise and be social.

A below-freezing temperature during the winter workout didn’t affect the high morale of those who turned out, but it did make some think twice about their wardrobe selection. Gardner was among them.

Donations from participants, which were encouraged, will benefit the Ballard Center, Boys and Girls Club and Cooper’s Cause.