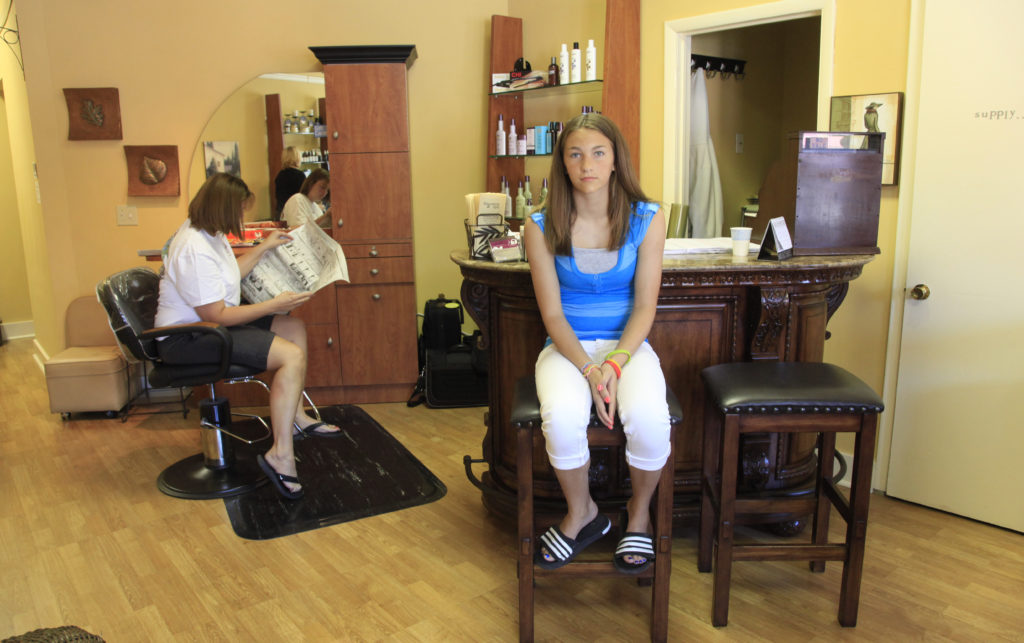 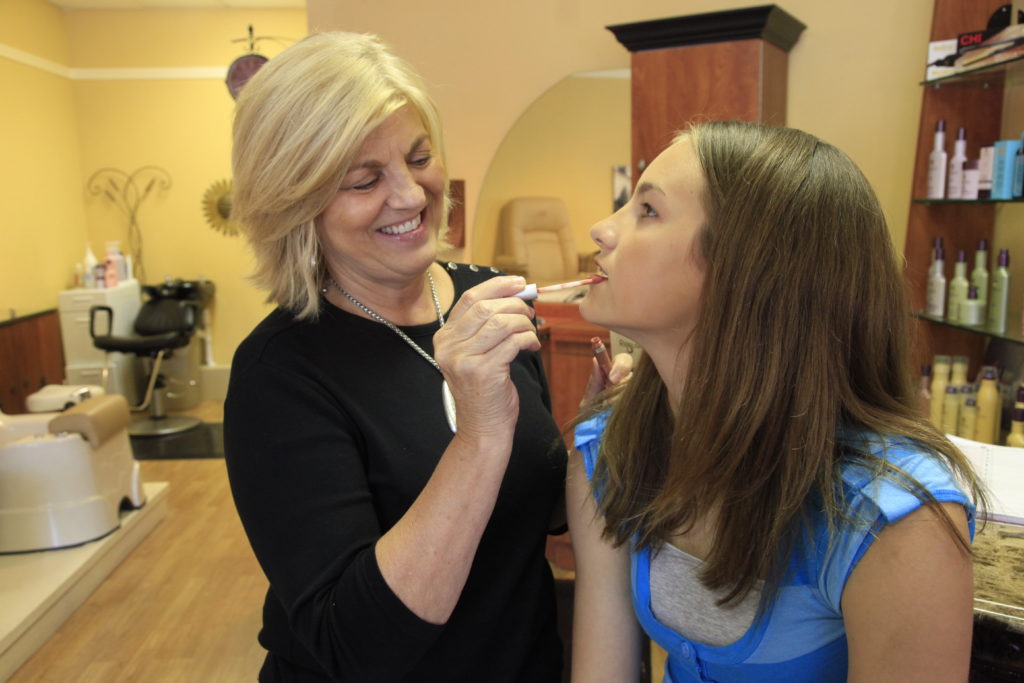 Twelve-year-old Jessalyn Grant, of Eudora, thrusts her hand out, showing off her fingernails: They’re painted a vivid pink with a hint of orange, and they seem to radiate cheer.

Grant knows her way around a beauty salon. Manicures, pedicures, eyebrow waxes — they’re second nature to Grant, whose mom has been bringing her to Rejuvene Spa, now at 13th E. Eighth St., since she was a girl.

It starts with gloss and polish, then it’s mascara and eyeliner. To parents, it might seem as if their girls are wearing makeup overnight, but sales figures show that it’s a steady progression from essentially toddlers to teens — with a surge of interest during the tween years.

But engagement with color cosmetics is waning among young women, age 18 and up, according to market research firm The NPD Group.

Young girls are becoming exposed to beauty routines earlier on, especially with all the mother-daughter bonding that’s going on at nail salons and spa birthday parties, but that excitement might be wearing off by the time older girls are establishing their own regimen, observes NPD beauty-industry analyst Karen Grant.

Overall, girls in the 13- to 17-year-old range still use more makeup than their younger sisters, but the percentage of the high schoolers using makeup now is less than it was a few years ago, while the percentage of elementary and middle-school girls is higher.

By age 18, these young women are looking to keep their skin healthy and enhance their appearance with a handful of tried-and-true cosmetics, Grant explains, but their experimental phase is largely over.

“You’ve got girls asking, ‘Do I really need this?”‘ says Grant. “Maybe it’s not that exciting anymore because they’ve been using it since they were younger.”

Marcia Butell, owner of Rejuvene Spa, says there’s truth to the idea that beauty products become less alluring to girls as they age. She often sees girls shelve interest in makeup and skin care as they enter high school and college.

“They think they know everything by then,” says Butell. “That’s the problem. Even in college, the girls end up spending more money on partying than they do on skin care.”

Butell says interest in beauty products perks up again around the time skin spots and wrinkles show up.

“They don’t understand that what you do today will show up 20 years from now,” says Butell.

All about the lips

Lip products are the most used cosmetic item across all ages, with younger girls using balm, tweens and teens using gloss and then adults wearing lipstick. But mascara is the second most important category for teenagers — replacing all the bath washes and gels that younger girls like — and women largely have a commitment to using mascara through their mid-60s.

Compared to 2007 levels, that is an 8 percent increase in usage of mascara by tweens, while lipstick had a 5 percent increase. Both products saw a drop in usage, though, among 13- to 17-year-olds from three years ago.

Jessalyn doesn’t wear mascara. She finds dark and heavy makeup unappealing. A competitive cheerleader for nearly eight years, she is often expected to wear lots of makeup for performances.

Besides fingernail polish and eyebrow waxes, Jessalyn usually only wears lip gloss, something she may have picked up from mom, who also wears light makeup.

The balancing act as a manufacturer, she says, is age appropriateness. “Our view is a 10-year-old doesn’t need anything to be beautiful, but they want to be playful and aspirational. They want a little fantasy, and we want her to feel that she is feeling good.”

“They start out light, just lip gloss,” says Grant. “But by the time they get into the sixth grade, their parents don’t care anymore so they go heavy.”

Someone definitely needs to tell girls not to try to look too old too fast, says Teen Vogue’s Eva Chen. “Teenagers have this glow, this beauty, that adults try to reproduce. They are very lucky to have it. Don’t cover it up!” she says.

She doesn’t have to twist Jessalyn’s arm. She prefers the natural look. When asked what she thinks heavy makeup?