Getting into focus: LHS senior flourishes in filmmaking 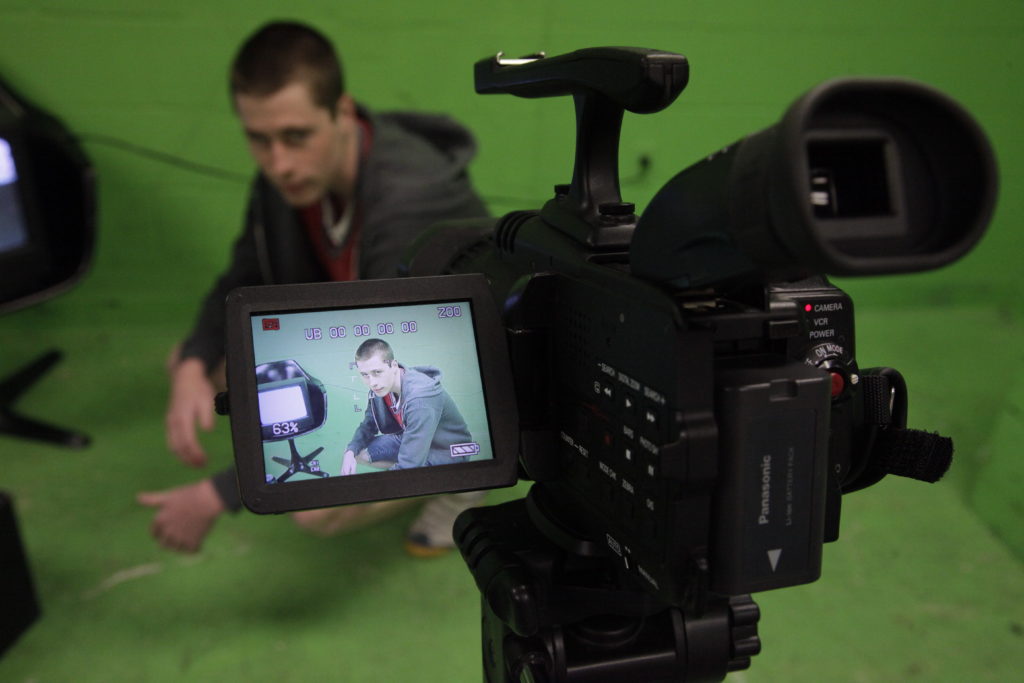 Luke McDaneld, a filmmaker and senior at Lawrence High School.

Luke McDaneld has won more awards for his work than most filmmakers could ever hope for. And Luke is still a senior at Lawrence High School.

One of those awards at the LHS-sponsored festival was best in show for his dramatic work, “Elise.”

But McDaneld isn’t stopping there.

All kidding aside, McDaneld has garnered not only the attention of his peers but a spotlight from the local and national media for the Lawrence High “lip dub.” McDaneld was behind both the idea and the camera when it came to the lip dub, where students lip-sync to a chosen song all in one single, unbroken shot.

“When you look at the national media pieces about the lip dub, it’s Luke’s name that’s mentioned. I love that,” says LHS film teacher Jeff Kuhr.

McDaneld’s talents in all aspects of filmmaking has earned him the title of April ArtStar. The ArtStar award is sponsored by Jayhawk Dental and The World Company.

“There’s never been a film ArtStar, and Luke is a perfect choice for that,” Kuhr says. “What he’s done in the time he’s been here in terms of growing as a filmmaker and helping the program itself grow are things that I think make him worthy for ArtStar status.”

McDaneld started making movies at a young age with just a friend and a video camera.

“We’d just run each shot on the camera,” McDaneld says. “If we messed up, we’d rewind and do it again on the tape.”

It’s a far cry from McDaneld’s work today. He’ll spend hours in front of a computer turning random shots into a story sequence and perfecting his final product.

“You can take the time to get it exactly how you want it,” McDaneld says. “I like seeing it all come together.”

But he doesn’t just put movies together. He comes up with the idea, writes the script and directs his work, even when he’s directing himself as an actor.

“Filming is stressful when all you know are your friends and they’re not the best actors,” McDaneld says with a chuckle. “But there are times when it can be fun.”

While Kuhr has a few favorite pieces that McDaneld has done over the three years he’s been in LHS Room 125, the man behind the lens can’t choose.

“It’s such a process in making it,” McDaneld says. “When it comes to it, it’s hard to select favorites when it’s stuff you’ve made yourself.”

From the music video he created in eighth grade for the White Stripes hit “Seven Nation Army” – “I was pretty proud of that at the time,” he says – to the three films he’s preparing for this year’s Focus Film Festival, McDaneld has been perfecting his craft and discovering himself.

“Through trial and error I’ve learned what looks better and what camera movements are natural,” McDaneld says. “It’s a growing experience and a really helpful one.”

“What has been great to watch is just him becoming more him,” Kuhr says. “He’s learned to trust his own voice and to really see that the best stories he can tell are the stories that are in some way a reflection of him.”

McDaneld’s films tend to lean toward the dramatic, and there’s a reason for that.

“I find that it’s a lot easier to write something that someone is going to connect with on a dramatic level that it is on a humorous level,” McDaneld says. “It’s so hard to tell what other people are going to think is funny.” 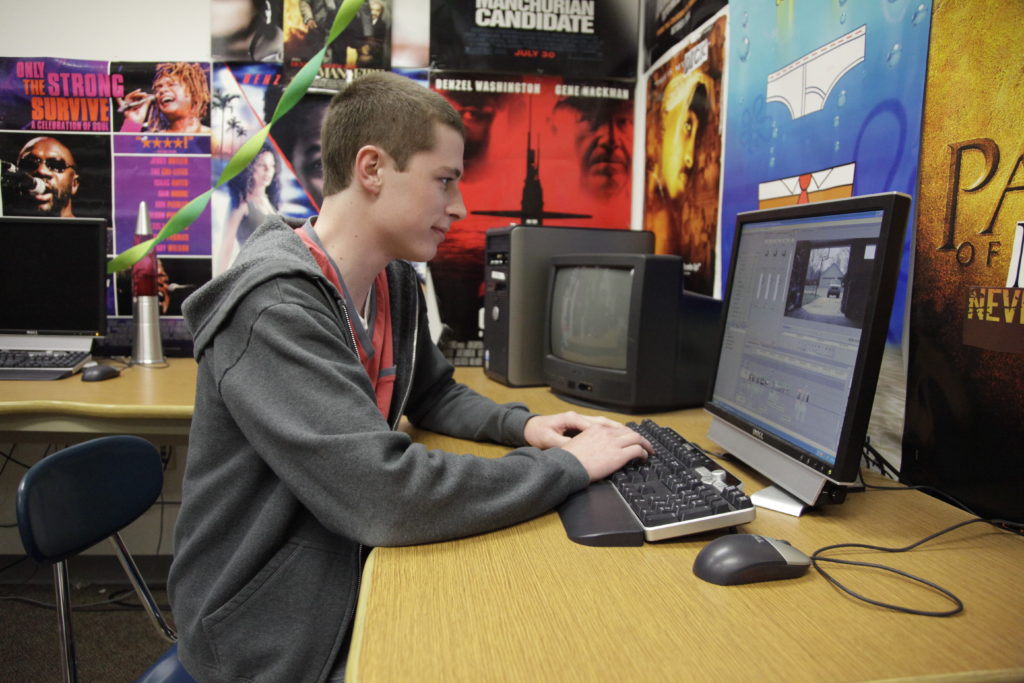 McDaneld has been involved in just about everything that came out of Room 125 at Lawrence High the past three years. He did the LHS newscast videos as a sophomore. He spent weeks working on a Room 125 podcast about the inequality between the town’s two high schools. He’s found his passion in life and discovered his talents.

“I learned that I’m actually maybe a good writer and I feel that I’ve learned that I have an eye for this,” McDaneld says. “It’s hopefully something in the future that I can make money and enjoy doing at the same time. That’d be excellent.”

McDaneld will be heading east come fall to continue his education and pursue his love of film.

“Temple University (in Philadelphia) was where I got the best offer and the best scholarship,” McDaneld says. “That’s where I’m going to go, and I’m really excited about it.”

Kuhr is looking forward to seeing what will come out of McDaneld’s experiences in a big city.

“I don’t think he’s done growing. What’s going to happen in Philly is another world’s going to open up to him,” Kuhr says. “He’ll be the filmmaker that he’s always wanted to be. I think he will ultimately make the move that is Luke McDaneld’s story.”

But McDaneld says he wouldn’t be able to work toward making that film without his time with Kuhr at Lawrence High.

“I don’t think I would have the same interest in film that I do now if it wasn’t for Jeff,” McDaneld says. “He’s an excellent teacher, and the program he’s created here really helps students flourish with his direction, but also on their own. It’s a coming-of-age thing.”

So no matter what McDaneld ends up doing, whether it be writing, editing, cinematography or directing, Kuhr knows he’s going to do something award-winning.

“He loves all the different aspects of film, and I think that he should get recognized for all of that,” Kuhr says. “Next year.”

If history repeats itself, some (if not all) of McDaneld’s films this year will be shown at the fifth-annual Focus Film Festival. A public screening of all the entries takes place at 3:30 p.m. Thursday at Room 125 of Lawrence High School. The award ceremony featuring the winning films begins at 1 p.m. May 2 at Liberty Hall, 644 Mass. Both events are free.