Another day at the office 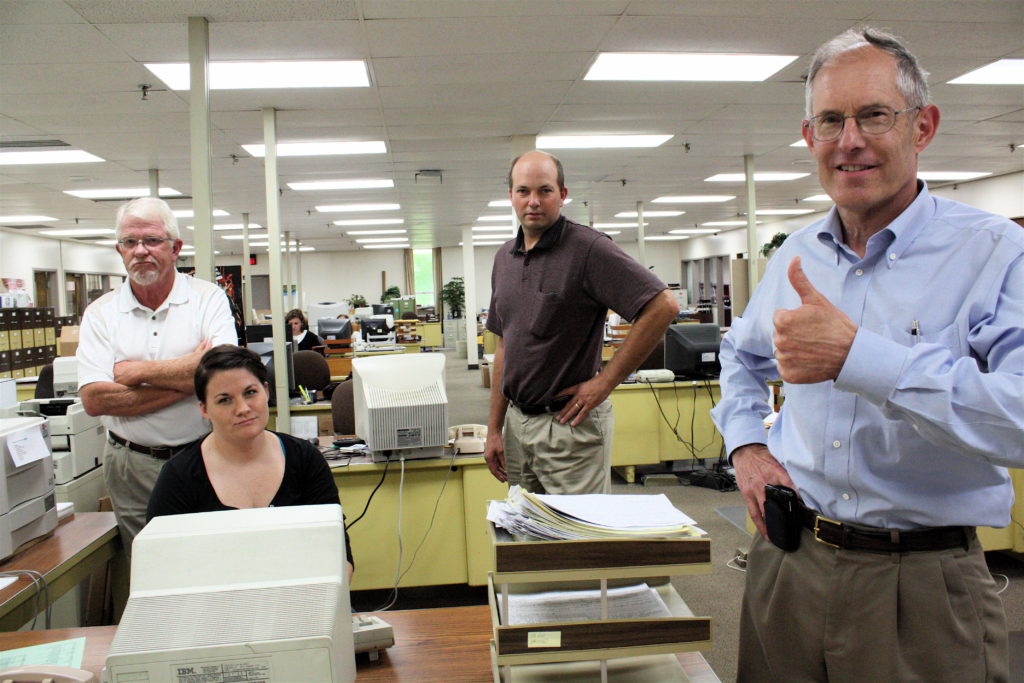 Dunder Mifflin is perhaps the most famous paper company in the world.

Haven’t heard of it? Then you clearly haven’t been to “The Office” — home of the Emmy-winning NBC comedy, which begins its sixth season Thursday.

There, a deadpan cast of office drones — cute ex-receptionist Pam, her fiancé, Jim, the jokester; bellicose stickler Dwight, uptight party-planning accountant Angela and others — who deal with the constantly idiotic schemes of manager/man-child Michael Scott. Each episode centers on an everyday office situation turned to the comic extreme, usually thanks to Michael, played with cringe-worthy enthusiasm by Steve Carell.

Of course, the goings-on at Dunder Mifflin are a bit overdone — it’s quite unusual for a desk to end up in the men’s bathroom, or for the office to settle a dispute with the warehouse employees with a basketball game — but there are always shades of truth. That’s what makes it funny.

And nowhere in Lawrence might those shades of truth be any more evident than at our own paper company: The Lawrence Paper Company.

We asked the employees there if they think Dunder Mifflin is an accurate representation of a paper company.

“When you get out the plastic poop, I do.”

Yes, the Lawrence Paper Company, established in 1882 by the Bowersock family, has used fake dog feces to get a laugh during the workday. Or at least it did at one time.

But the jokes don’t stop there. A partial run-down:

• Body parts and the rats are often used for late-night or early-morning trickery. “We have an arm. We scared the janitor very badly last night — he thought our controller had died and his arm was sticking out from under his desk,” says Walker, who has worked at the company since 1988.

• Then there’s the chair-switching, which has led to many office bees putting their names on chairs. And, of course, some people had their chairs named for them: “One person’s chair is labeled ‘dog breath.’ We named him dog breath,” technical service worker Rachel Wagner says, before laughing off any gasps by the uninitiated. “No, he’s proud of it.”

• “We’ll call each other up with accents and try to, you know, get help on the most stupid of questions,” Black says. And even the most serious phone call could elicit a knowing zoom-in if the company had its own documentary film crew a la “The Office.” “One of my duties, I’m ‘phone goddess’ and so I get to change the name that shows up, like when ‘dog breath’ calls somebody. I can change the name at will,” Walker says. “Internally — it doesn’t go outside of the building.”

It’s those little things that make Wagner feel a bit like she’s stepped into Dunder Mifflin each day at work.

“I think that’s why it’s pretty similar,” Wagner says. “It’s because every episode of ‘The Office,’ it’s usually just little things that they make a whole episode out of.”

Of course, they do get some work done between the jokes. The office section includes customer service, accounting, sales and technical support, working on 700 to 800 accounts annually. The warehouse side churns out products sold directly to other companies in the region, says the man in charge, the very antithesis of the cartoonish Michael Scott, president Justin Hill.

Hill has been with the company since 1975, and the company was started by his great-grandfather, J.D. Bowersock.

“The same guy up there, J.D. Bowersock, that put the dam across the river. That’s what started it all,” he says, nodding to a photo of a stern-faced man looking down from the company’s conference room wall. “We made single-face for the whiskey trade — they’d wrap whiskey bottles in it to keep them from breaking and that’s how the company got started.”

Hill has never seen an episode of “The Office” nor heard of Dunder Mifflin. When told it’s a show about a paper company in the Northeast, he laughs: The Lawrence Paper Company, somewhat ironically, doesn’t sell paper. In fact, the place hasn’t produced sheets of the stuff in nearly 40 years.

“We did make paper up until the early ’70s. Where City Hall is, there used to be a mill down there,” says Hill. “It’s not very appropriate today because we don’t make paper anymore, we just buy it and convert it into boxes.” 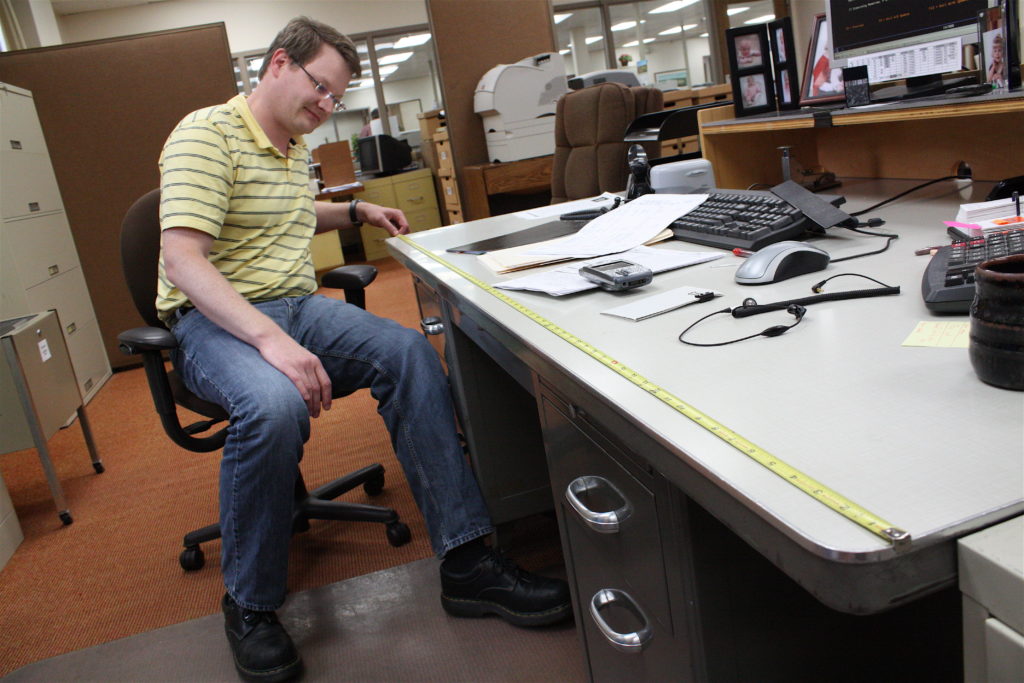 Payroll Clerk and Box Counter Joseph Martin says that he has the biggest desk at the Lawrence Paper Company. Its not the widest, and its

Hill says he’s sure that the Lawrence Paper Company and Dunder Mifflin do have things in common, just like every other office in America where workers tune in to see a bit of work life fictionalized.

“Nothing is funny unless there’s an element of truth to it,” Hill says. “So all of those sitcoms are funny because there’s an element of truth to everything they say, but obviously I think they’re a little bit over the top sometimes in their representation of what’s going on. I like to think things are a little bit more serious most of the time than you see in the sitcoms.”

Serious, as in something like the economy. Like at “The Office” — which has incorporated the down economy with branch closings on the show — Lawrence Paper Company has felt its share of economic strain. In March, Hill told the Journal-World orders were down 20 percent from a year ago. And since the beginning of the year, 23 employees have been laid off — leaving what Hill estimates as 280 total employees currently.

“I don’t think those people have to worry about the bottom line or making money, you know, that’s totally unrealistic. I don’t think that productivity throughout the day is of any significance to them,” Black says of the show’s characters. “I’m not sure that, at least so far, the economy has touched them like it has us. They have had the branch closings, they haven’t really lost anybody in their offices like we have.”

And even in the current climate, Black says the people in the office of Lawrence Paper Company make it work — and do it with a smile on their faces and plastic poop on a chair or two.

More of The Office online at hulu.com