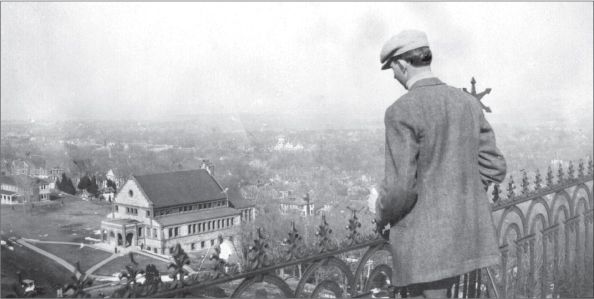 Spooner Hall as seen from the rooftop of Old Fraser Hall in 1900. 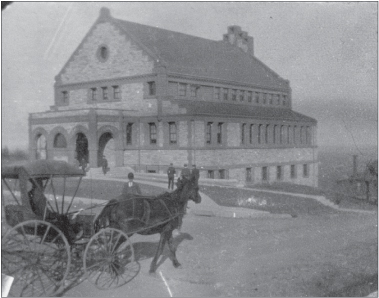 A horse and buggy passes by Spooner Hall in the 1890s. The image is among those in a new book, “Spooner Hall,” published by the University Press of Kansas and the Historic Mount Oread Friends. It is available at bookstores and online at www.kansaspress.ku.edu. 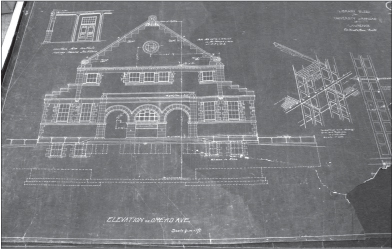 Blueprints for the Library Building — now known as Spooner Hall — as they were drawn by architects Van Brunt and Howe. The original blueprints were restored and now are in the Kansas University archives. 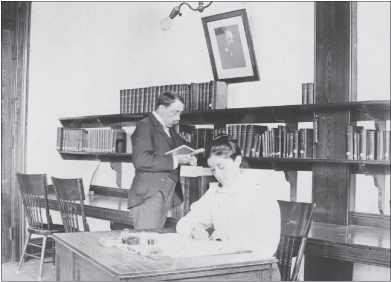 Professor C.G. Dunlap and Edith Charles, librarian in charge, work in the seminary room in the northeast corner of the Spooner Library’s basement in this undated photo.

Even before he walked in, Kansas University architecture professor Barry Newton could tell Spooner Hall was special.

“I could see that it was a building of distinction,” he wrote in a new book about the hall. “It is well-proportioned, and it is evident from the way that it has adapted and survived that it has been a good structure.”

Spooner Hall gets its own self-titled biography in a new book published by the University Press of Kansas and the Historic Mount Oread Friends, a group dedicated to KU history. The book ($24.95) was compiled and written by Carol Shankel, who co-founded the Historic Mount Oread Friends, and Barbara Watkins, a retired program and curriculum coordinator for KU Continuing Education.

Completed in 1894, Spooner Hall was the sixth building to be created at KU. Its Romanesque architecture contains two colors of stone, Oread limestone quarried on site and imported Dakota red sandstone. It is named for William B. Spooner, a Boston leather merchant and philanthropist who donated $91,000 to build it.

Through photos, text and documents, the book chronicles the building’s history. It started as a library, then in 1924 became the Spooner-Thayer Museum of Art. In 1979, it became the KU Museum of Anthropology. In 2007, the main floor was renovated to be home to The Commons, a space where academics and students from various fields gather for multidisciplinary conversations.

“Spooner Hall” is available at bookstores and online at www.kansaspress.ku.edu.