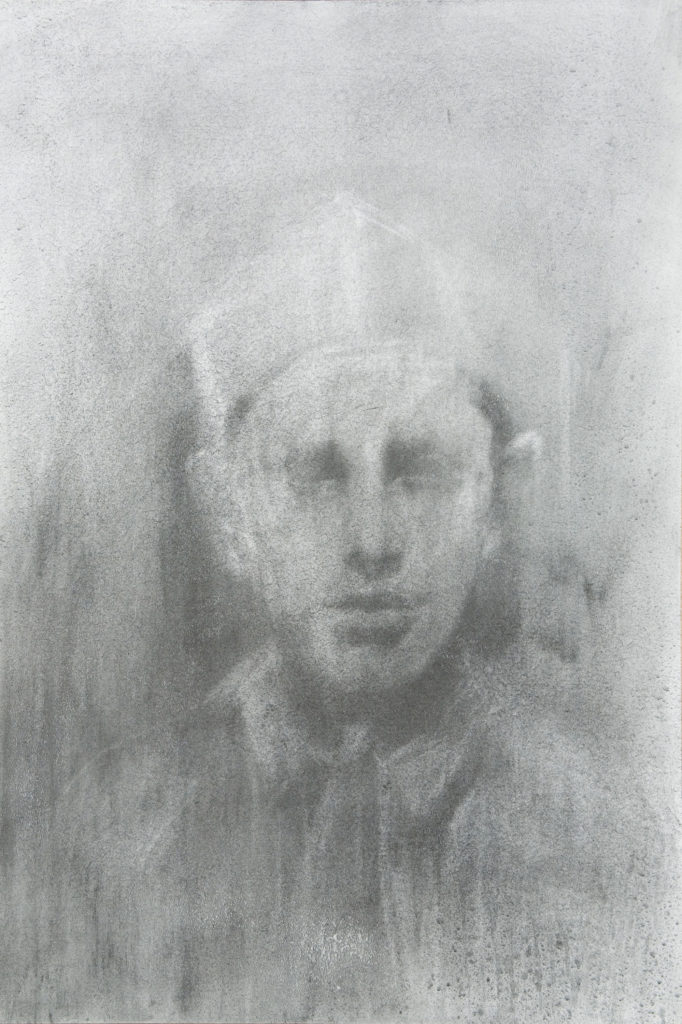 Misha Kligman’s work will be featured in “Mouthful of Silence,” opening today at Kansas University’s Art and Design Gallery. 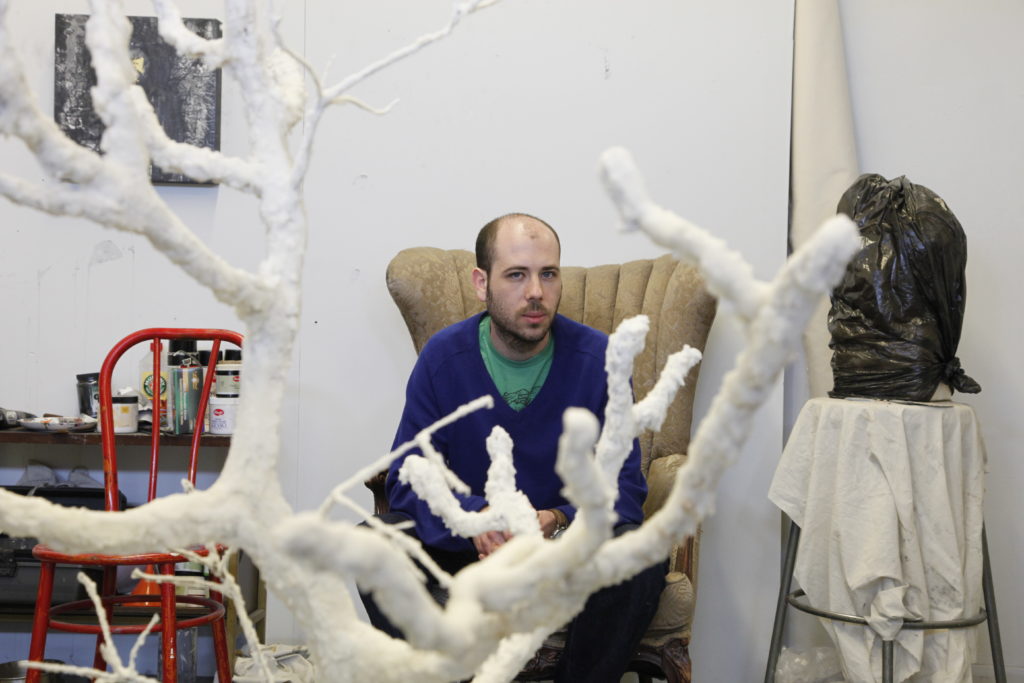 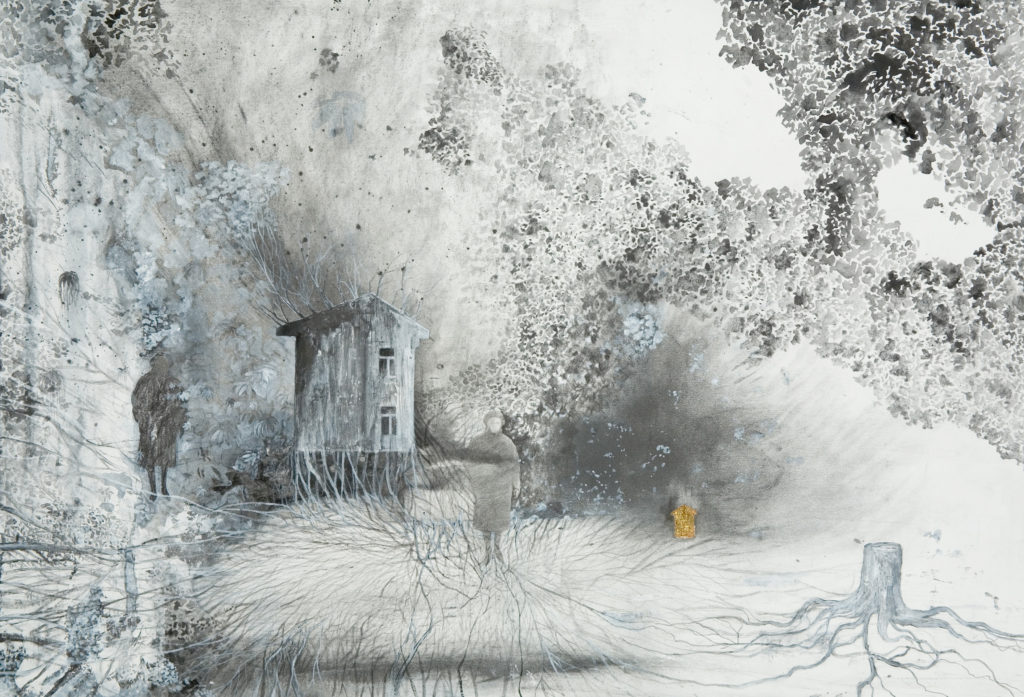 Misha Kligman’s work deals with issues of identity and nationality. It is part of “Mouthful of Silence,” on display starting today at Kansas University’s Art and Design Gallery.

Misha Kligman wants his art to evoke a variety of emotions.

Pity is not one of them.

Kligman, a master’s art student at Kansas University, opens the exhibition “Mouthful of Silence” today at the KU Art and Design Gallery. The artwork, mostly devoid of color, deals with his own family’s experiences with repression as Jews living in the Soviet Union, as well as with the Holocaust, when many of his family members were killed.

But instead of dwelling on the painful past, Kligman says he hopes his art explores the concept of home — simple house images and roots often weave their way into his pieces.

It’s a question complicated by his family’s past. Kligman himself was born in 1978 in the Soviet Union, and his family came to the United States in 1995, settling in Cleveland.

As Jews living in the Soviet Union, Kligman says his family was persecuted throughout the years, most notably during the Holocaust.

It was a past his family mentioned only in passing during his childhood, he says.

In terms of art, his exploration of this subject matter began in earnest during his three-year program at KU, which he completes in May. His art up until that time — both at Cleveland State University, where he earned his bachelor’s degree, and on the side as he worked full-time as a graphic designer and design photographer — was dominated by the Russian Realist styles he learned in art school in his home country.

Those were mostly paintings. Lately, though, he’s reverted to media that he feels better suits the subject matter. Mostly, that means graphite drawings on paper, covered in salt.

“I see (salt) as the essence of something that’s evaporated, or left behind,” Kligman says.

He also works with ashes gathered from burning books, goldleaf and other materials.

Kligman works depict minimalist scenes of both people and places from Russia.

Perhaps the most striking is a three-panel work of images taken from an old Soviet photograph he found. It used to be that Communist Party members who were killed by leaders were then cut out of any photographs that contained their image.

“The images play on that idea — of people being eradicated or erased,” Kligman says.

Katz says Kligman has taken major strides in the depth of his art during his time at KU, noting that switching from painting to mostly drawing was a fairly major transition. While she knows Kligman is exploring his own roots, she’s not sure if it’s a form of therapy for him.

“I don’t know if it’s a way to work through things,” she says. “With all of our history — very few of us get through life without some kind of heaviness in our history. Some people use denial, some wear it as a badge, and artists often use it as raw material. It’s not therapeutic, but it’s an itch you have to scratch.”

Kligman is hoping those who see a window into his history through his art will pause and think about their own histories — through a realistic lens.

“I don’t want people to be waxing nostalgic for these times,” he says. “For me, it’s being caught in between longing for the past, and knowing the past isn’t all bad.”