Ode to the Bomb Pop 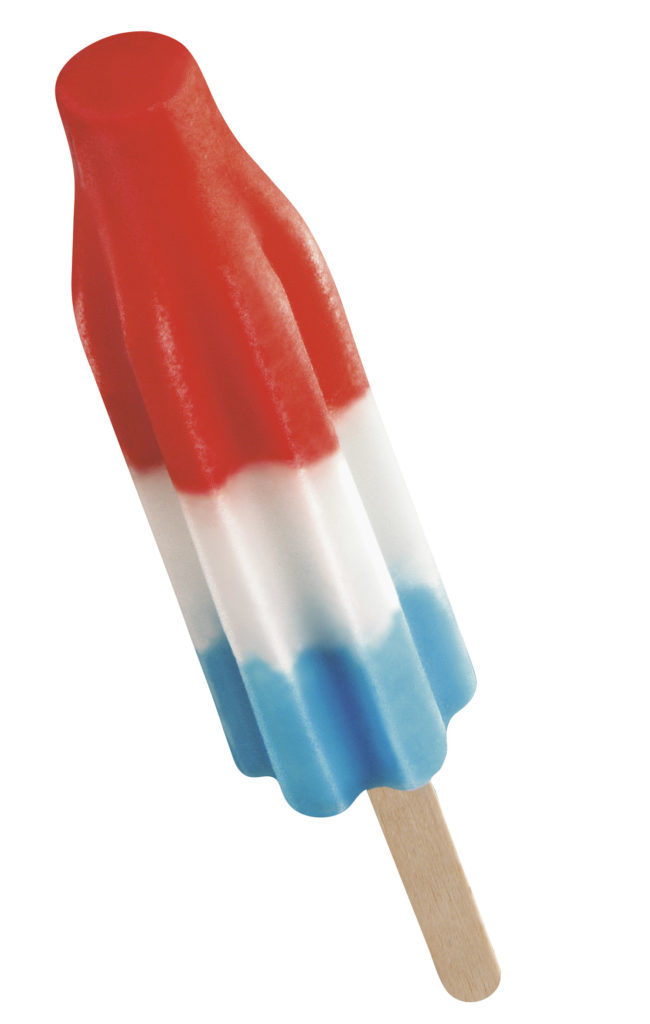 Nothing drips of patriotism like a melty popsicle. The Blue Bunny Bomb Pop, the red, white and blue ice cream truck favorite, was celebrated in all its glory on Thursday: National Bomb Pop Day.

Victoria Ukaoma, 22, formerly of Lawrence, observed the holiday by chomping into an old-fashioned Bomb Pop, one of her favorite treats.

“When I think about Bomb Pops, I think about summer evenings … and playing out in the sprinkler with the other neighborhood kids,” Ukaoma says. “There aren’t many treats that awaken such a specific sort of nostalgia within me.”

When Ukaoma was a child, she would beg her mom to buy Bomb Pops. And in the summer, whenever the ice cream truck trickled through the neighborhood, Ukaoma chased it down, all in the name of the Bomb Pop. Now, as a young adult, she tries to keep them stocked in her refrigerator.

After all, the thing about the Bomb Pop is it reaches all ages, says Dave Gouch, operations director for the Ice Cream Man. The Ice Cream Man is a national group that shuttles from state to state giving away ice cream. Blue Bunny sponsored the group last year, donating 50,000 treats, many of them Bomb Pops or Bomb Pop Juniors.

“It seems like most people want to get treats they had when they were a kid,” Gouch says. “The Bomb Pops are consistently popular across the board because everybody had them as a kid. Also, a lot of times they end up being our only non-dairy or vegan option, which makes a lot of people happy.”

The Ice Cream Man, which has made several stops in Lawrence over the years, tries to keep Bomb Pops in the truck when the Fourth of July rolls around. Can’t beat the red, white and blue, says Gouch.

The Bomb Pop, which now comes in 12 assorted flavors, wasn’t always a national star. Fifty-four years ago, James Merritt invented the Bomb Pop in Kansas City, Mo. He had the help of D.S. Abernathy, the guy who came up with the Ninja Turtle bars — the frozen treats shaped like the turtles, complete with gumball eyes destined to color your tongue.

What happened to Abernathy is unknown, but Merritt died in 1970 at age 54. After his death, his company, Merritt Foods, stayed open until financially collapsing in 1991. It was then that Wells’ Dairy swooped in and bought the business, and along with it, the Bomb Pop.

Bomb Pops are now produced in La Mars, Iowa, the city that churns out more ice cream than any other place on earth, guaranteeing to keep the Ice Cream Man’s and Ukaoma’s fridge full of Bomb Pops.

“I truly believe that I will love Bomb Pops for a lifetime,” Ukaoma says. “It just makes me happy thinking about them.”