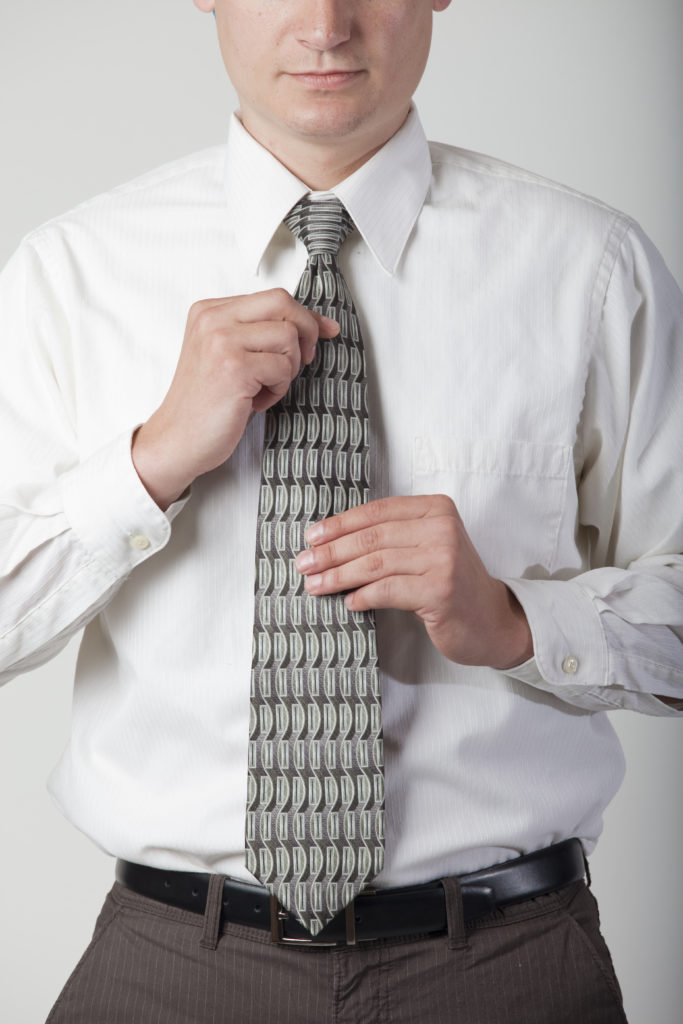 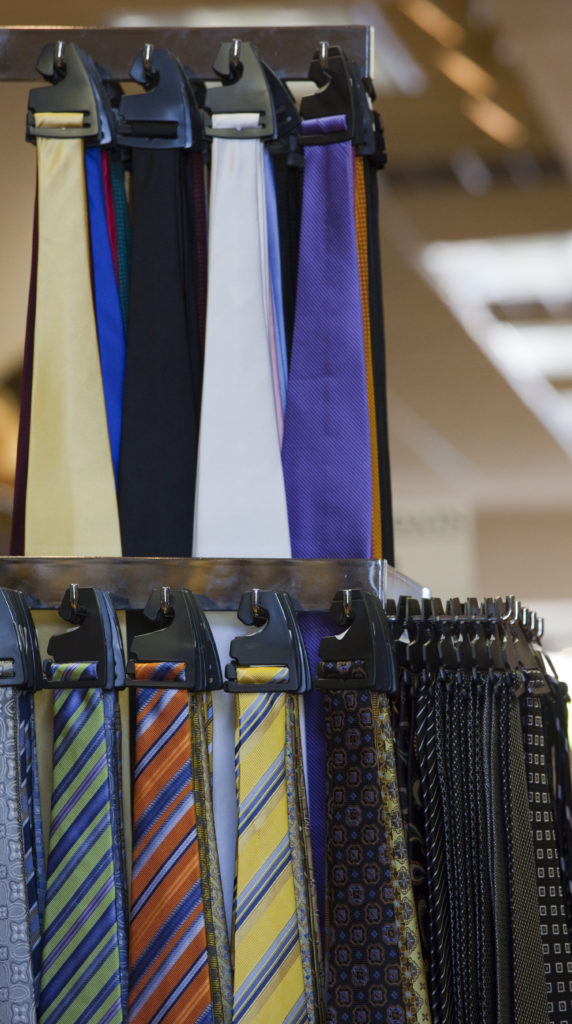 Most of the neckties in Brad Finkeldei’s closet are getting pretty lonely.

So that might be a couple of times a week. And then, occasionally when he’s in a deposition with, as he puts it, “someone I’m trying to impress.”

Finkeldei, an attorney with Stevens and Brand in Lawrence, is in the majority these days. A Gallup poll in 2007 found that only 6 percent of men wore a necktie every day, down from 10 percent in 2002. An additional 7 percent responded that they wore a tie “most days” or “half the time.”

Another sign of the necktie noose came last year, when the Men’s Dress Furnishings Association, the trade group that represented American necktie manufacturers for six decades, closed up shop.

And the country’s highest-profile man, President Barack Obama, has shocked some by wearing a sport coat and dress shirt — sans the necktie accessory — in the Oval Office.

So you might want to rethink that default Father’s Day present. The tie, it seems, is not in fashion.

Those who stick to the old guard say it’s simply a matter of looking formal.

“I would rather wear a tie than not wear a tie,” says Don Johnston, executive vice president of the northeast Kansas region for Intrust Bank. “My personal preference is that businessmen wear ties.”

Johnston has more than 100 ties. But he admits he’s in the minority these days.

Kent Dobbins, an optometrist with Drs. Pohl, Dobbins and Letourneau, 831 Vt., also wears a tie daily — mostly to stand out.

“If I wore anything else, they’d probably think I was cleaning the floor,” Dobbins says.

But he doesn’t pretend to be a connoisseur. He has only 15 ties.

And, for the record, Dobbins is not about to pass judgment on others to don’t choose to wear ties.

“It doesn’t make you any smarter,” he says.

“We get a lot of KU graduates (going in) for interviews,” Spencer says. “Naturally, they’re going to wear a tie.”

He says he’s seeing an increase in “conversational ties,” ones that sport patterns such as palm trees or dolphins. And he sees “some of the young hipsters” wearing skinny ties, which are back in style.

Finkeldei, meanwhile, doesn’t fret too much about the style of his ties. He even has help from his daughters when it comes to his wardrobe.

“My youngest daughter, Cheney, bought me a pink tie for Valentine’s Day,” he says. “She likes to pick that one out.”

Hot styles: Wide ties are popular with everything from suits to jeans and jackets. Skinny ties are in for a more modern look. “It all depends on the person wearing it,” says tie designer Christian Michael Shuster.

Uses: Not just for suits. “I have seen some ladies using ties as belts or as an accent wrapped around the waist over a dress,” Shuster says. Also popular for men, Fakeri says, is the tie-and-handkerchief combo.

Length: Ties should always hit at the buckle — never shorter, never longer. Short guys can always tuck the smaller end of the tie in their shirts, military-style. Tall guys should opt for extra-long ties.

Buying your tie: Make sure the tie hangs properly and lies flat. Low-quality ties will not.

Knot so simple: When it comes to knots, size matters. “Standard-size ties will typically call for a larger, more symmetrical knot, while skinny ties will call for a smaller knot to keep the look long and sleek,” Shuster says.