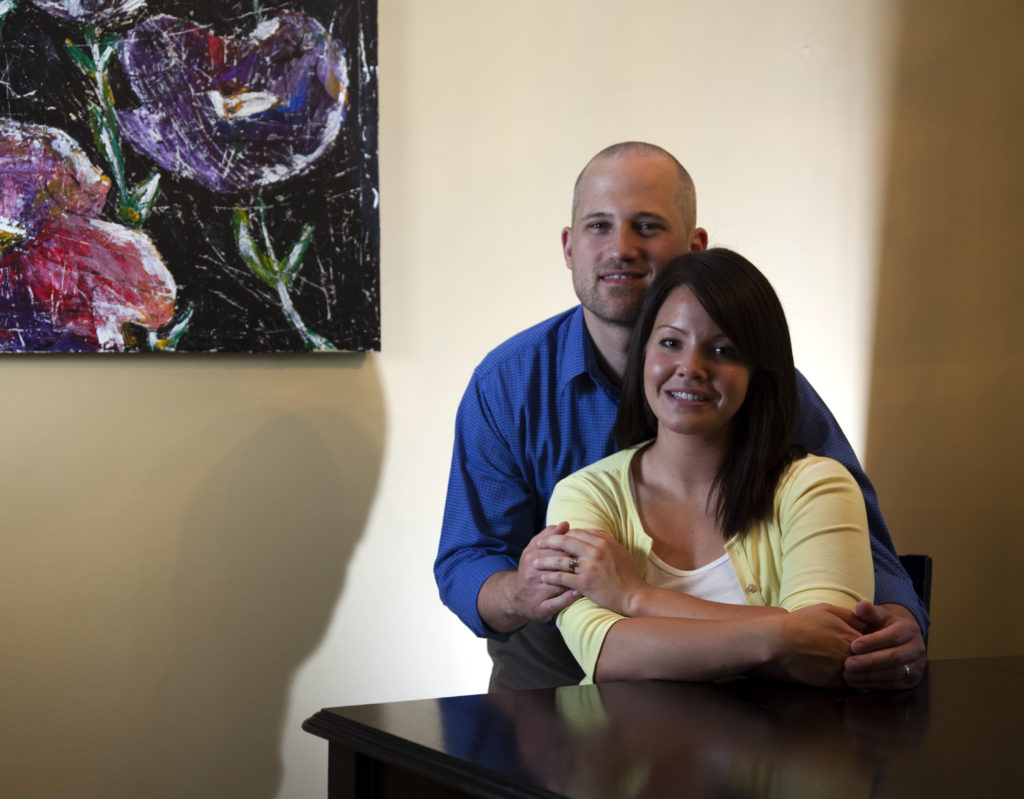 Ross and Michelle Merritt are in the process of trying to complete an international adoption. 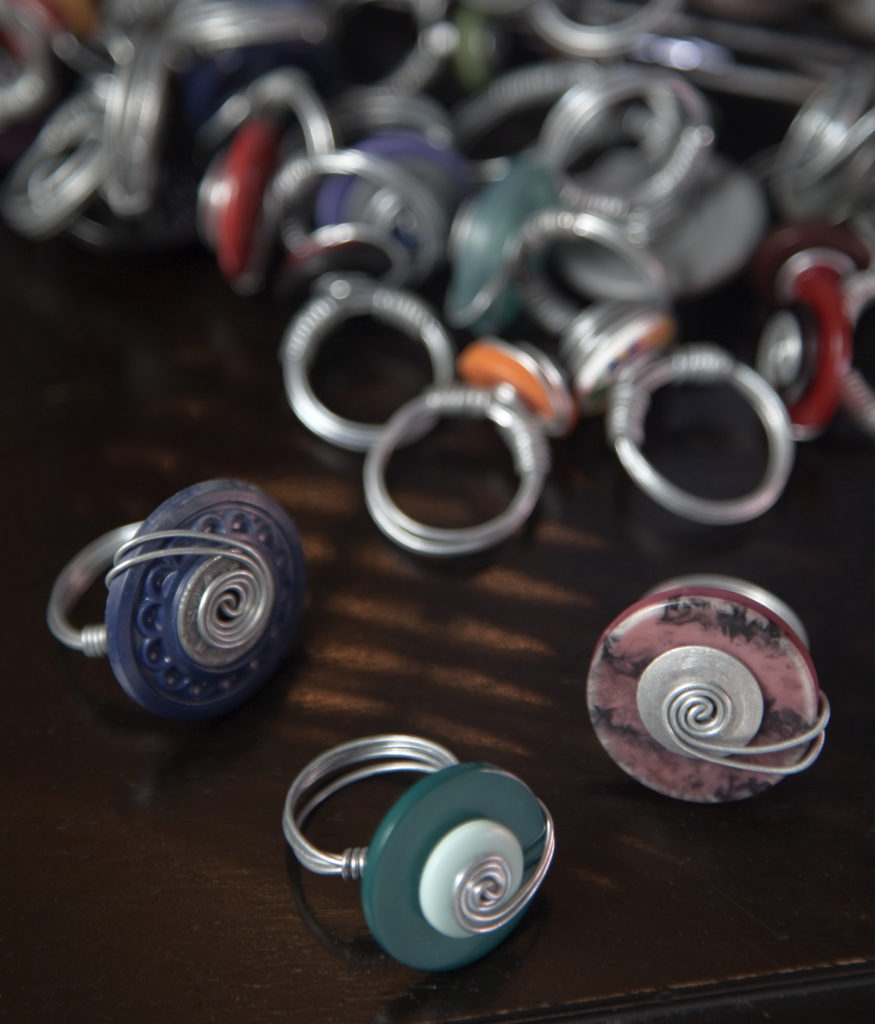 Michelle Merritt makes homemade rings out of old buttons that she is selling to raise money for an international adoption.

With one mouse click, Ross and Michelle Merritt could have deleted away their chance to be parents.

The afternoon of Sunday, May 31, the couple noticed they had an e-mail with the subject, “A baby girl for you!” They both laughed thinking it was spam. Fortunately, they opened it and saw a photo of their baby daughter for the first time.

“It was surreal,” Ross says. “It was like we found out we were pregnant. We just sat there smiling at each other.”

The Merritts treasure that photo, because until they pay the rest of the almost $17,000 of adoption expenses and receive a court date in Addis Ababa, Ethiopia, their baby girl will be waiting in an orphanage halfway across the world.

Married for seven years, they moved to Lawrence from Arizona last October knowing they wanted to raise a family here. While they hope to have children of their own, too, they always knew they wanted to adopt.

Hurry up and wait

Since submitting their application in November, the Merritts have spent countless hours turning in paperwork, doing home studies and going through background checks. On May 31, they received their referral and the news that they were going to be parents to a baby girl who was abandoned days after her birth on April 19.

The couple now has to patiently wait to receive a court date — which could be months — to adopt their daughter by proxy in Ethiopia. After the date is set, they must pay the final bill and book their flights to Ethiopia — which will be about $1,500 a ticket.

Ross and Michelle found the program through Hope Adoption Agency in Olivette, Mo., thanks to Regina Montgomery, Michelle’s mom. Montgomery was visiting with co-worker, Todd Twigg, in April 2008. Twigg, who lives in Springfield, Mo., mentioned he and his wife Mendy, had three biological sons but recently had adopted their daughter, Bethlehem, from Ethiopia.

“It definitely takes a strong couple and a strong marriage,” Twigg says. “With a normal pregnancy you pretty much know what to expect, but this has a lot of unknowns.”

For the Merritts, a lot of those unknowns have been figuring out how to pay the adoption fees. They’ve sold everything they can and are moving to a smaller house, but they realize they have a long way to go. Other families that have adopted suggested bake sales and fundraising dinners, but the Merritts felt that wasn’t really their style.

“A big to-do focused on us to raise money would have made us really uncomfortable,” Michelle says.

Michelle finally found the perfect fundraising project — rings made of wire and buttons — while surfing the Internet for jewelry ideas. She attended the Kansas City Art Institute for a year before going to Arizona State University, so she knew this was a much more enjoyable and personal way to raise money.

“Every time I make a ring, I think of her and know I’m doing it for her,” Michelle says.

Four months into making the rings, the couple have made about $2,000 but still have a lot to raise.

“We were so excited about the e-mail and picture of her; then the next day we get a $12,000 processing fee,” Ross says with a laugh.

Michelle has pre-made rings but can also custom make rings depending on button size and color. The rings can be bought for a $10 “donation” per ring and can be found on their web site, http://merrittadoption.weebly.com. They are also available at Sizzors Inc., 600 Lawrence Ave.

The Merritts’ families have been supportive and proud of the couple’s work to bring home their baby daughter.

“Michelle’s very creative, and both of them are thinking all the time of what they can do,” says Janice Merritt, Ross’ mother. “I just wish the wait was over for them.”

Montgomery, Michelle’s mother, says she knows Ross and Michelle have sacrificed a lot this year and it shows their dedication as parents.

“I kept saying to Michelle, ‘When you’re a parent …,'” Regina says, “And finally Michelle said, ‘I am a parent, mom, I just don’t have her home yet.”