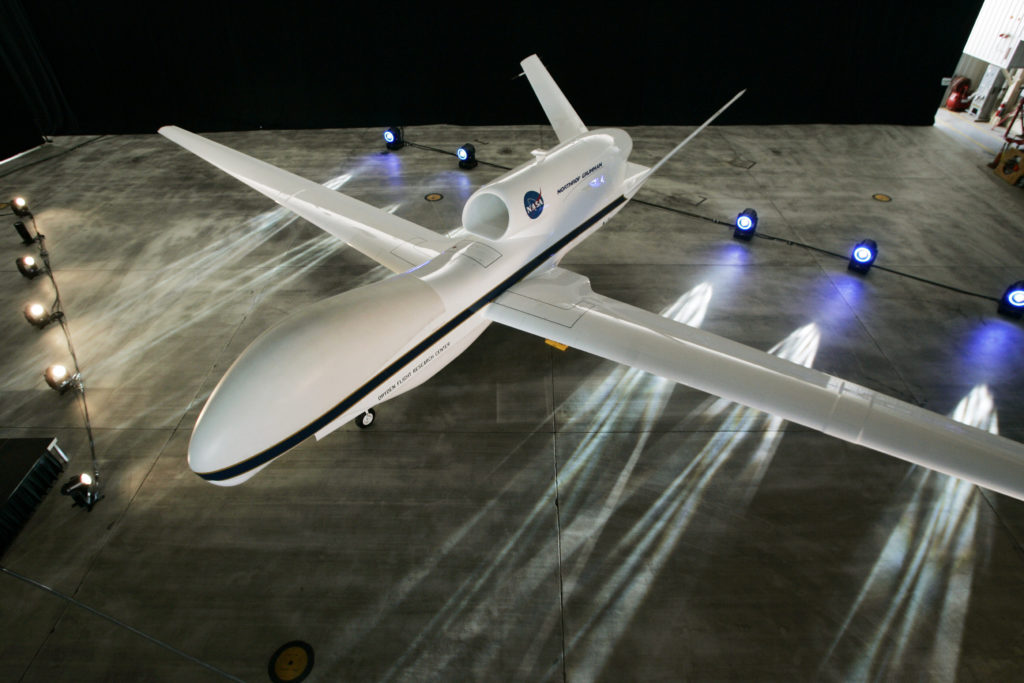 In this Jan. 15 file photo, The Global Hawk, a version of the Air Force’s top-of-the-line unmanned spyplane, which will be used by NASA for scientific research, is unveiled at Edwards Air Force Base, Calif.

Washington ? Leaps in unmanned aircraft technology have military authorities clamoring to use more drones for everything from coastal patrols and border surveillance to tracking natural disasters. But fears of midair collisions are slowing any broad expansion of their domestic use.

Federal Aviation Administration officials made it clear in a recent closed government conference that until the pilotless aircraft gain the high-tech ability to sense and avoid commercial aircraft and other airborne objects, the government is unlikely to allow them to operate much more freely in congested airspace.

For the military, it’s a frustrating limitation. For the FAA, it’s a matter of safety.

During the northern California wildfires last summer, the Air Force, Navy and NASA each offered to launch unmanned systems to track the flames, identify hot spots and determine where the fires were likely to move. But because of FAA guidelines, only a single drone could fly in the region at one time.

NASA’s Ikhana — a variant of the military’s Predator unmanned aircraft — got the first call, largely because of the space agency’s ability to merge its thermal-infrared imagery with Google Earth maps to help project evacuation needs and fire movement.

The military argued that the Ikhana could be flown at the same time as one of the Navy’s or Air Force’s high-altitude Global Hawks because the aircraft would be as much as 40,000 feet apart in altitude. The additional drone, officials said, would provide broader, more comprehensive coverage of the disaster.

In the end, Global Hawks operated by the Navy and Air Force were flown at separate times from the NASA drone.

Military officials raised the firefighting incident as an example of expanded drone uses during a two-day summit at U.S. Northern Command in Colorado Springs, Colo., late last month. At the meeting, up to 100 senior leaders from at least 10 government agencies tried to resolve some of the problems that restrict the use of unmanned aerial vehicles (UAVs) in American airspace.

Aviation officials at the summit said they are looking at ways to carve up restricted airspace zones in order to give agencies the ability to fly more than one drone at a time over a particular disaster area.

FAA spokeswoman Laura Brown said the agency expects to have a plan covering drone use in place next year, and will try to work with military and other officials in the coming fire and hurricane seasons to perhaps allow some type of staggered flights if needed.